The district expects thousands of virtual learners to return to physical campuses on Monday, October 18, but some parents say it's too soon. 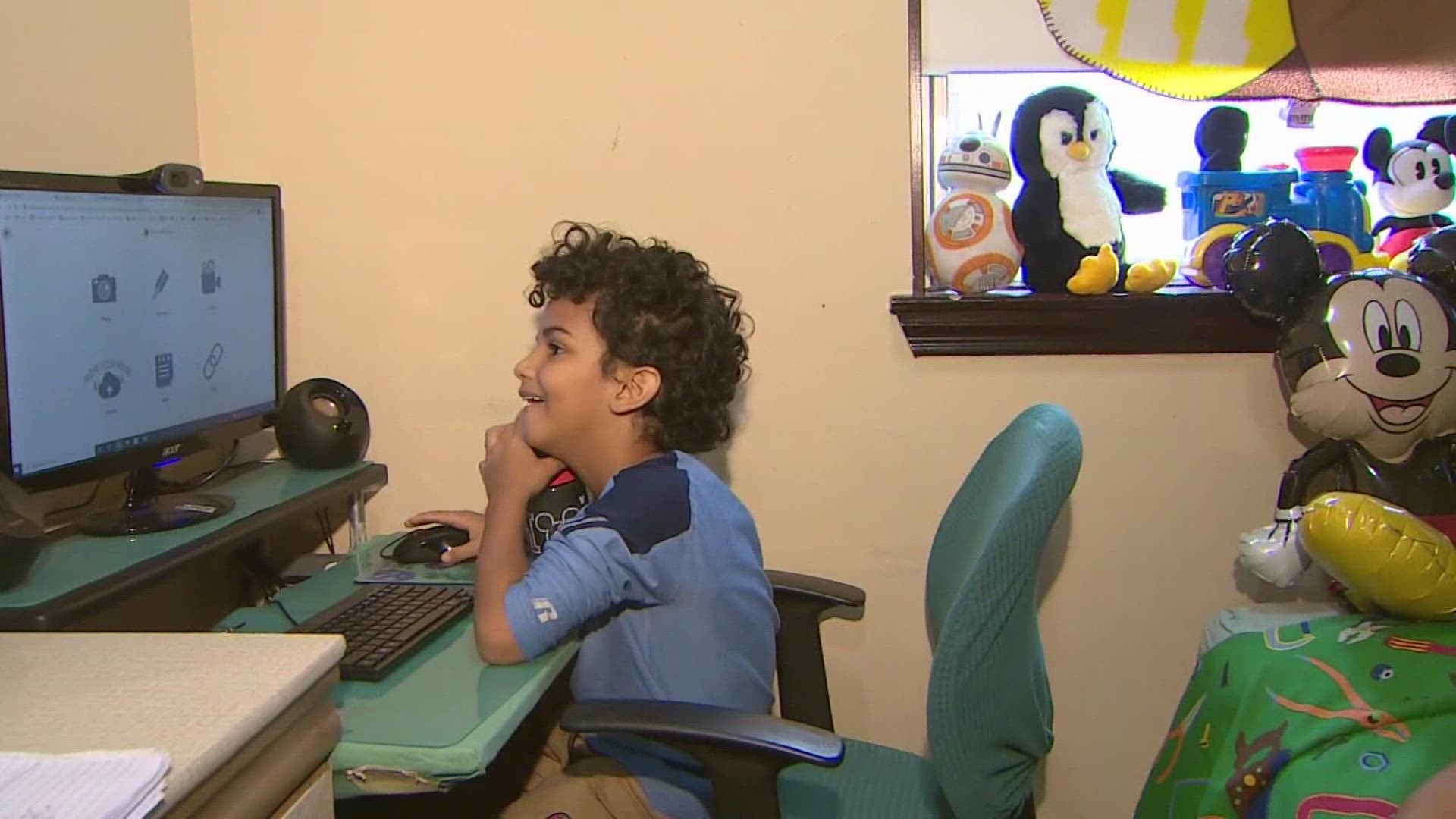 KATY, Texas — Learning math in two languages is something six year-old Ruben Mera Jr. is doing in his second year of virtual learning.

"Pre-K he did in-person,” his father Ruben Mera Sr. said.

He'd like to keep little Ruben enrolled in Katy ISD’s Virtual Academy, or KVA, until he qualifies for a COVID vaccination.

But thanks to a unanimous decision last week by the board of trustees, some 3,200 kindergarten through 6th grade students currently learning remotely are required to return to physical campuses next Monday, October 18th.

“It is a concern for a lot of parents,” Mera said.

At last check, more than 2,500 people had signed an online petition calling on the district to keep KVA which is funded thanks to a decision by the state legislature.

“We’re not sure what to do.” 1st grader Ruben’s family may pull him from @katyisd following the district’s decision to ditch its virtual academy come Friday. Thousands have signed a petition aimed at keeping it. More on that + what other districts are doing: @KHOU at 4:30 #khou11 pic.twitter.com/nMMusCyqGL

Many parents said they were under the impression that the virtual option would remain in place all semester.

But in a letter sent to virtual learning families, the district wrote that it’s excited to welcome students back to in-person learning.

"Please note, that per the COVID 19 dashboard, active cases have been on the decline since the start of the school year, and there have been no campus or classroom closures due the spread of COVID-19,” the letter said.

Mera said he realizes in-person learning is optimal and not every family has the resources to keep students home.

He just doesn't understand the rush.

“I mean, I think we’re close to having the emergency approval for the vaccine and it’s just a matter of time until we can have it for these kids,” he said.

Meantime, he was researching alternative learning options for his son.

“I wish I didn’t have to do it and, hopefully, it doesn’t come to that.”

A number of other districts, including HISD, Cy-Fair ISD, Fort Bend ISD and Alvin ISD plan to continue to offer limited virtual learning through at least the end of this semester or until vaccinations are widely available to children under 12.

Others, including Spring ISD, have not offered virtual learning this school year.

Pearland ISD recently gauged parents' interest in virtual learning and released this statement explaining their decision to end it.

"The district surveyed all parents in grades K-6 to determine interest in having their children participate in a remote learning option for the second nine week period (October 18 – December 17). Only 236 parents expressed interest and of those, approximately 140 qualify under state rules. Thus out of the 10,500 students enrolled in these grades, just over 1% are interested and eligible. The requirements to serve this small population would be cost prohibitive given our current deficit budget. Thus the administration has determined that it is not fiscally or practically feasible to offer remote instruction this fall semester."