Dr. Lathan says she is "bidding farewell to one of the most remarkable school districts in the country." 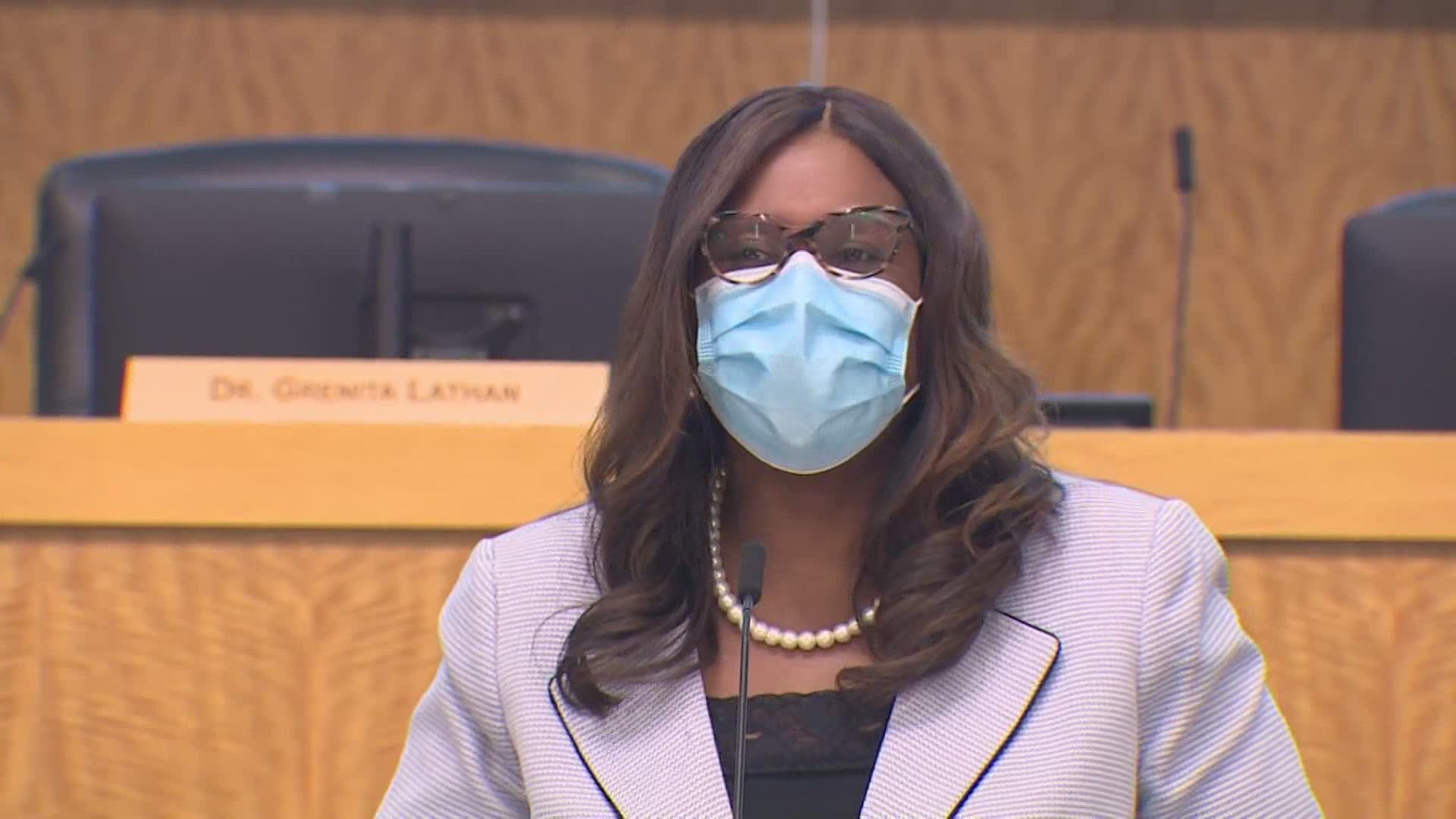 “I have accepted a new position with Springfield Public Schools in Springfield, Missouri,” said Lathan during a Monday afternoon news conference.  “I’ve learned a tremendous amount and look forward to taking the lessons learned here with me to Springfield.”

Springfield Public Schools says Lathan will be its first female superintendent and the first person of color to serve in the position for which Lathan received unanimous support from its school board.

That's far different from what she recently got from a majority of the HISD board which voted against giving Lathan the permanent job after three years as interim superintendent.

The board chose to conduct a nationwide search.

"I wish her the best of luck," said HISD board president Patricia Allen.  "I know she’ll be successful.”

Allen voted in favor of keeping Lathan and said, despite challenges that resulted in a possible TEA takeover and FBI raid involving central office personnel, Lathan has effectively navigated HISD through multiple crises.

"She did a fantastic job after Hurricane Harvey, after the pandemic, and the pandemic is not even over with," said Allen.  "And with the winter storm, getting those schools back in order.”

Lathan said she respects the board’s decision but also who she is as a leader.

"It was nothing personal," said Lathan.  "It was just, this is the right time to move ahead.”

.. Link to Springfield, MO news outlet article regarding Dr. Lathan's move. Says she was the local board's unanimous choice among 40 applicants. Lathan's reported salary for 2021-22 will be $300,000 https://t.co/mrv3WcIqoN #khou11

Lathan will remain with HISD for the remainder of the school year before assuming her new role in July.

Lathan will reportedly earn $300,000 per year in Missouri.

"It's a bittersweet moment as I accept an opportunity to make a positive impact in the Springfield (Missouri) Public School District, while bidding farewell to one of the most remarkable school districts in the country. The students, teachers, principals, staff parents, and community of HISD are close to my heart, and I leave knowing that they are resilient and stronger together. Their light will keep shining through, and they will continue to be known for their innovation and success. I am beyond honored and thankful for this amazing opportunity, and I thank HISD for all the lessons learned the success of our students, and the commitment of our staff It has been more than six years that I have worked shoulder to shoulder with our principals, administrators, and teachers to get dozens of schools out of improvement required status and help our students reach their full potential. I intend to work as interim superintendent until the end of the 2020-2021 school year. My new position begins on July 1, 2021."
— Dr. Grenita F. Lathan HISD Interim Superintendent

HISD Board of Education President's statement

"As president of the HISD Board of Education, I would like to thank Dr. Lathan for her many years of service to the students of the Houston Independent School District — especially for her leadership as interim superintendent since March 2018. From moving numerous HISD campuses out of improvement required status to her strong leadership during several major weather events and a global pandemic, she has truly been a beacon for our students, staff and families. We wish her well."
— Patricia Allen HISD Board of Education President

“The Houston Federation of Teachers would like to thank Dr. Lathan for her service to Houston and HISD. Dr. Lathan led the district through many challenges and crises during her time with the district. In the last few years, we were glad to see increased investment in community schools and expanding pre-K, which translated into stronger public schools. While we did not always agree, Dr. Lathan worked to increase collaboration with teachers and school support personnel during her tenure. Despite Texas Education Agency’s interference, we found a willing partner in Dr. Lathan when raising health and safety concerns during the COVID-19 pandemic.

“We believe HISD Board of Trustees should conduct a full, in-depth superintendent search that authentically listens to the voices of teachers, support personnel, parents, students and the HISD community. We join with Houstonians in demanding that Gov. Abbott keep his hands off our neighborhood schools and let us decide who should be the next Superintendent. We need a district leader who values educators and meeting the needs of the whole student and who listens to educators, students and parents about what our public schools need.”