HISD returns to on-campus learning with safety protocols in place

The state's largest district expected about 40% of students to return for in-person instruction. 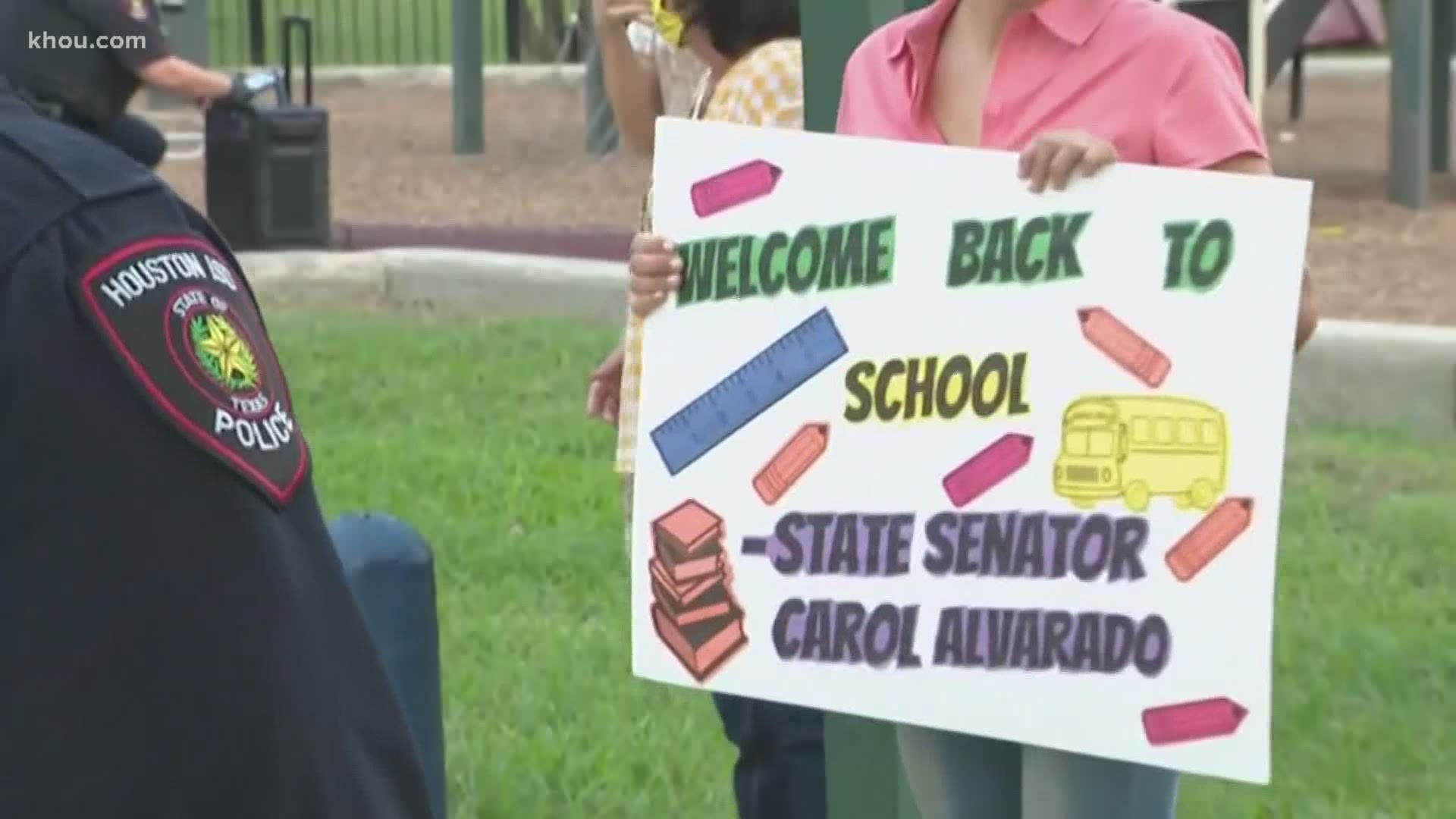 "Good morning!" HISD interim superintendent Grenita Lathan said to a pair of students outside Young Elementary. "Come on in, welcome back.”

There were lots of smiles, even if you couldn’t see them due to the required face coverings.

“I just did another interview and almost came to tears that I was able to see our babies back on campus,”  Eliot Elementary principal Matthew Schwer said.

He and his staff showed off cleaning protocols that include the frequent sanitizing of surfaces that are touched a lot.

"We are going to keep your kids safe,” Schwer said.

Students, staff and visitors undergo temperature checks at the door to each school and can even do certain self-screenings on a special app. They’re flagged if they have a fever or other symptoms.

"They stop and then they’re sent to an isolation room until the nurse has the opportunity to see them and make an assessment," Lathan said. "They will follow up by contacting the parent if they need to do so.”

This class is kickin’ (literally). I’ll have more on @HoustonISD’s return to on-campus learning on @KHOU at 4,5,6 #khou11 https://t.co/HxyQjiGEpm

Lathan, who toured multiple campuses on Monday, said all but five of HISD’s 280 schools have a dedicated nurse. She said that PPE, like face shields made by Booker T. Washington High School engineering students, is available to anyone who doesn’t have their own protective gear.

Limited routes and capacity are also in place for those returning to campuses via school bus. Many said not being able to hug the children was the hardest part of the day.

“I’ve got three of my own children at home, but I’ve got 568 children here," Schwer said. "And that’s what I tell my parents every single day, is that 'your children are my children.'”

HISD said it’s distributed nearly 150,000 digital devices to those still learning from home, which remains the majority of students.