The district decided to cancel on-campus activities due to reports for the Deer Park industrial fire re-igniting Friday. 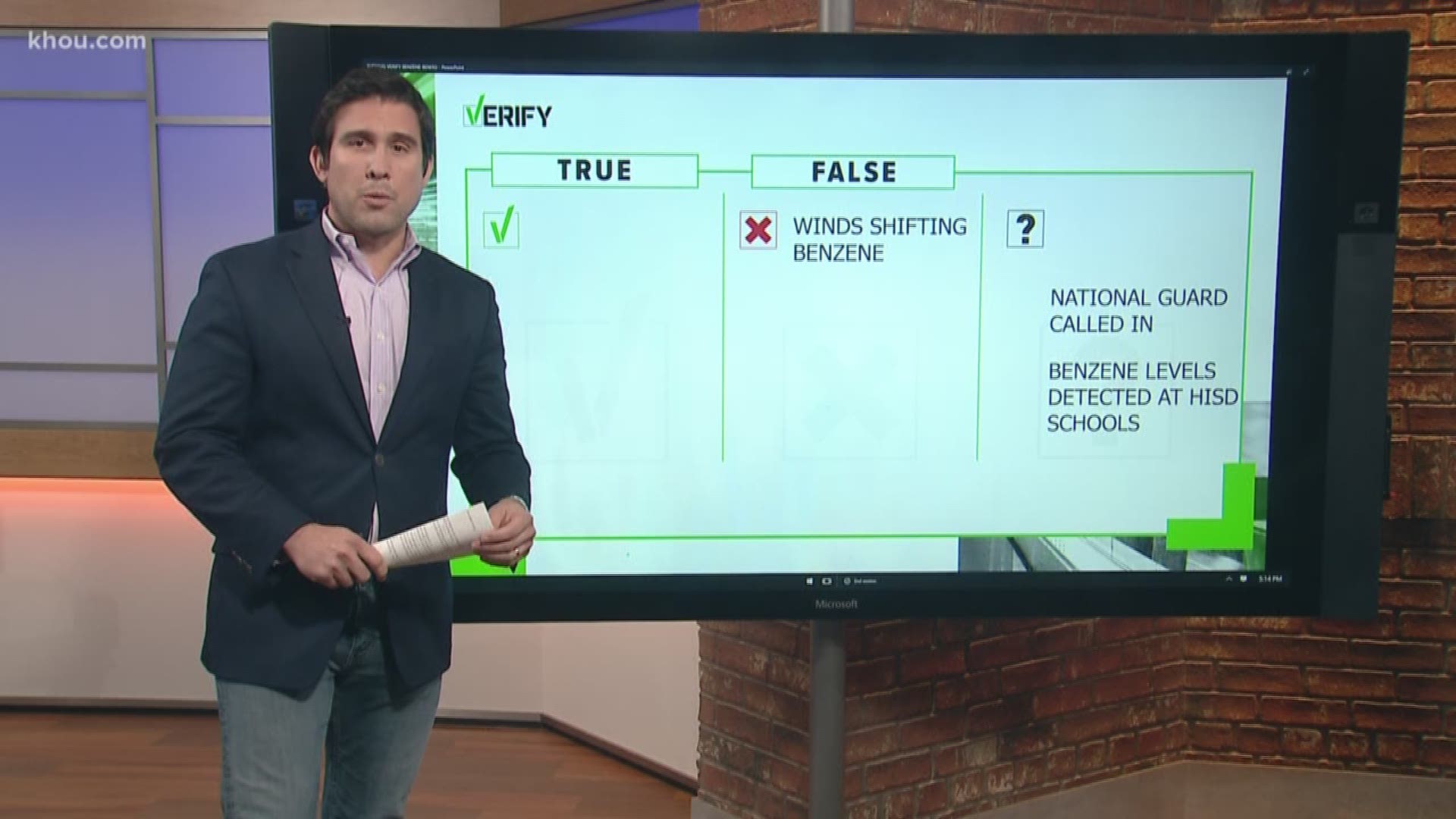 All on-campus activities for the Houston Independent School District east area campuses have been cancelled for the weekend, HISD announced Friday afternoon.

The district decided to cancel on-campus activities due to reports for the Deer Park industrial fire re-igniting Friday.

Sporting events were rescheduled at alternate locations, the district said.

Several school districts were closed on Thursday in the wake of the air quality incident from the ITC Deer Park fire.  And on Friday, some districts announced they would not be open.

Shelters--in-place were issued for all of Deer Park and Galena Park this morning because of elevated levels of benzene. We're going to continue following this story.  Stay with KHOU.com and our mobile news app for the very latest on our air quality situation.

Below are the signs and symptoms of benzene exposure.  They could present themselves anywhere from minutes to several hours after exposure”

How to check air quality in your area

With news this morning that tests found higher than acceptable benzene in the air near the ITC plant, many of you are asking how to check those levels where you live or work.

Harris County has set up this special air quality page for the Deer Park fire.

Here are some tips on how to use it.

When emergency management officials order a shelter-in-place due to hazardous materials possible in the air, these are steps you should take to seal off a safe space, according to FEMA.gov.