'Families have decided it's not impossible' | Home schooling reaches new heights in Texas thanks, in part, to pandemic 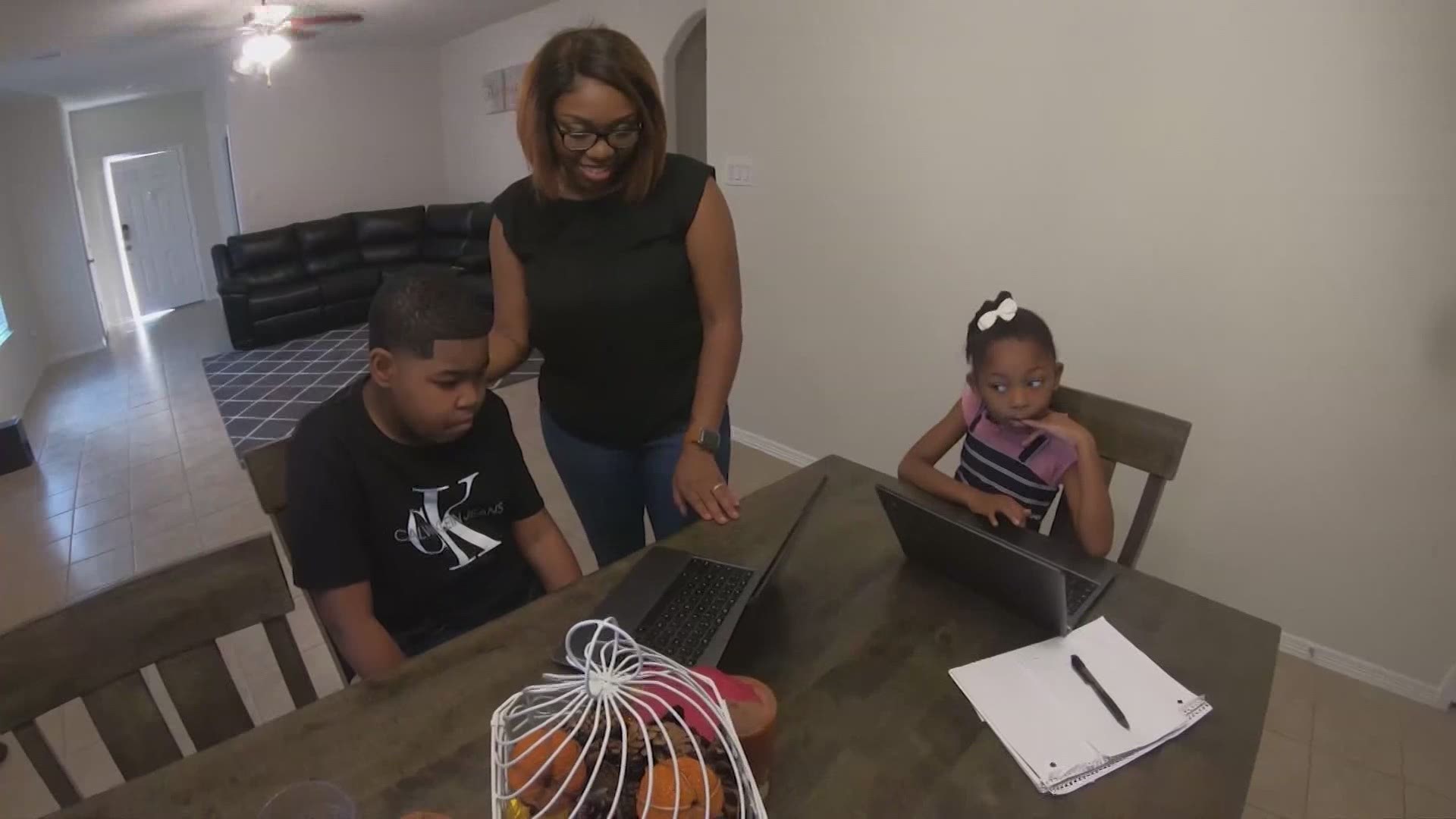 HOUSTON — COVID-19’s impact on campuses during the last school year wasn’t lost on those who educate from home.

"I’ve seen family and friends over the past year, and it was just such a hard time for them,” said Karen Logan of The Woodlands.

She's home-schooled four daughters for a decade along with organizing an annual home-school expo in which she says interest has rapidly risen.

"I’ve gotten so many people who have contacted me who have never even had home schooling on their radar who are looking for resources,” Logan said.

According to the Texas Home School Coalition, some 750,000 students are presently home-schooled supported by more than 300 home-schooling groups.

The organization recently reported a more than 200 percent increase in home-schooling over the last 20 years.

That's something it expects the pandemic to boost.

“Families are figuring out it’s not impossible.” Homeschooling in Texas hits new heights thanks, in part, to the pandemic. But it’s not for everyone. A mom who made the switch last year just re-enrolled her kids in public school. I’ll have more: @KHOU at 4:00 #khou11 pic.twitter.com/fypXdzSvcC

"I decided that home school would be the best decision for us this year,” said Sheldon ISD mom Brittney Grayson last November.

But Grayson told KHOU 11 she plans to re-enroll them this year because of curriculum issues, kids missing their friends and a lack of time to herself during homeschooling.

So it certainly isn’t the solution for everyone.

"It’s just so much to think about,” Logan said.

Logan believes, with their right resources, many families are figuring it out.

"Families have decided it's not impossible," Logan said.

Time 4 Learning, which provides online curriculum and support for home-schoolers, told KHOU 11 their business doubled during 2020.

The Texas Home School Coalition reported that the districts with the highest number of home-school withdrawals over the last two decades include Houston ISD and Cy-Fair ISD.