HISD takeover: Who can join TEA’s appointed board?

The new board of managers has all the powers and authority of the old board and reports directly to the Commissioner Mike Morath. 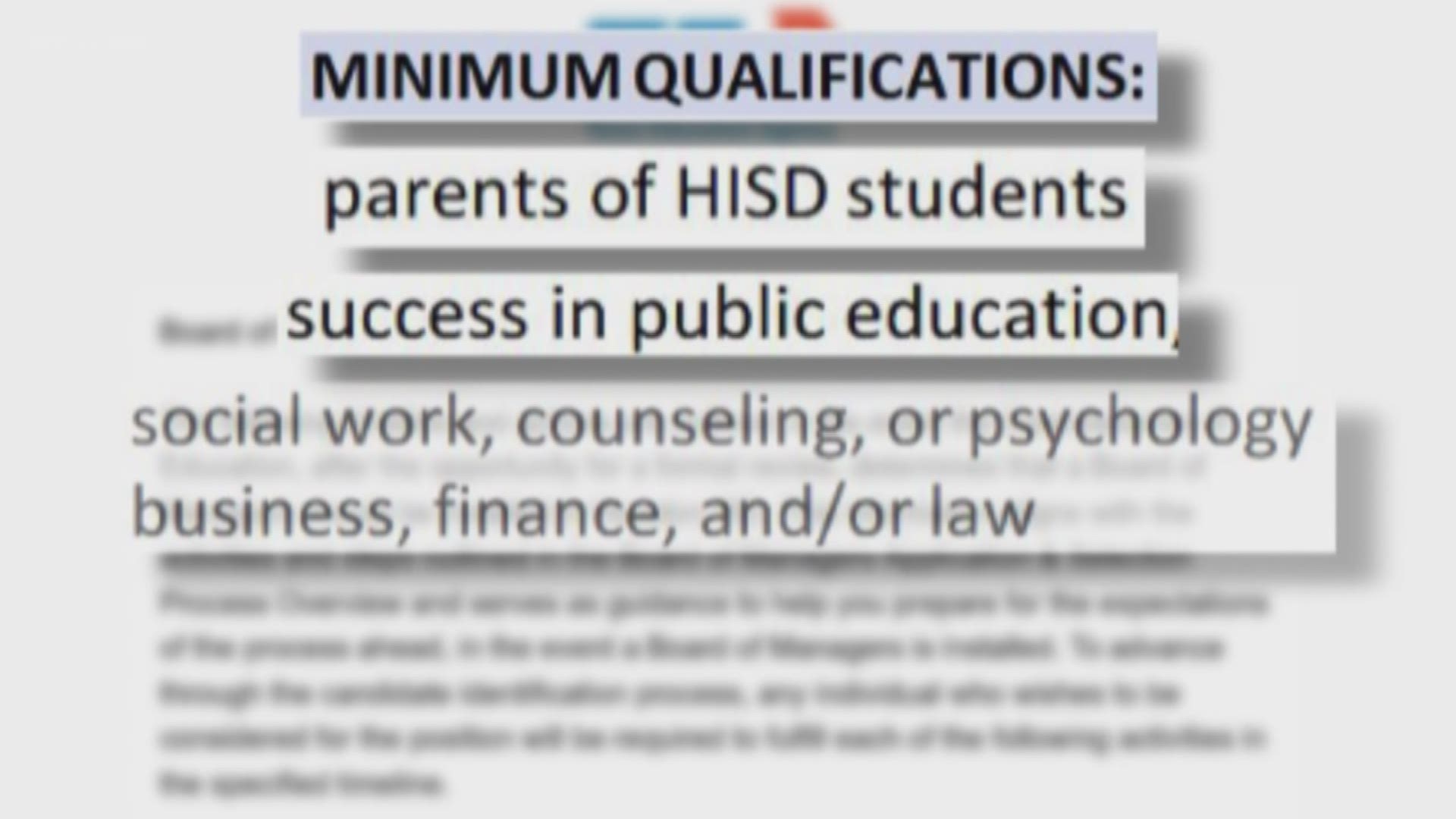 HOUSTON — The state is about to take over Houston Independent School District, the state’s largest school district and seventh-largest in the country, after an investigation revealed "serious or persistent deficiencies.”

So what happens next at HISD, and who's allowed to join the new school board that will run the district?

Taking control of school districts is nothing new for the Texas Education Agency, but what is new is the size. El Paso ISD is the largest district they've taken over in the past. Houston ISD, with an enrollment of more than 200,000, has more than three times as many students.

The board of managers application is already up on the TEA’s website. The job posting says applicants should be eligible voters living within HISD boundaries and be free of certain criminal convictions or conflicts of interest.

The posting also says the new board should include HISD parents, those who've been successful in public education and community leadership, and those with background in social work, counseling, psychology, business, finance, and/or law.

All applicants must complete two-day governance training that “focuses on board member roles, responsibilities, and practices, with an emphasis on improving student outcomes,” followed by several rounds of interviews.

The TEA will start reviewing applicants Dec. 6, with an application deadline of Jan. 2.

The posting also says that in "due time," the old board will be phased back into "full authority." Andy Dewey, Executive Vice President of the Houston Federation of Teachers, believes it could take two to three years for the old board to get their power back.