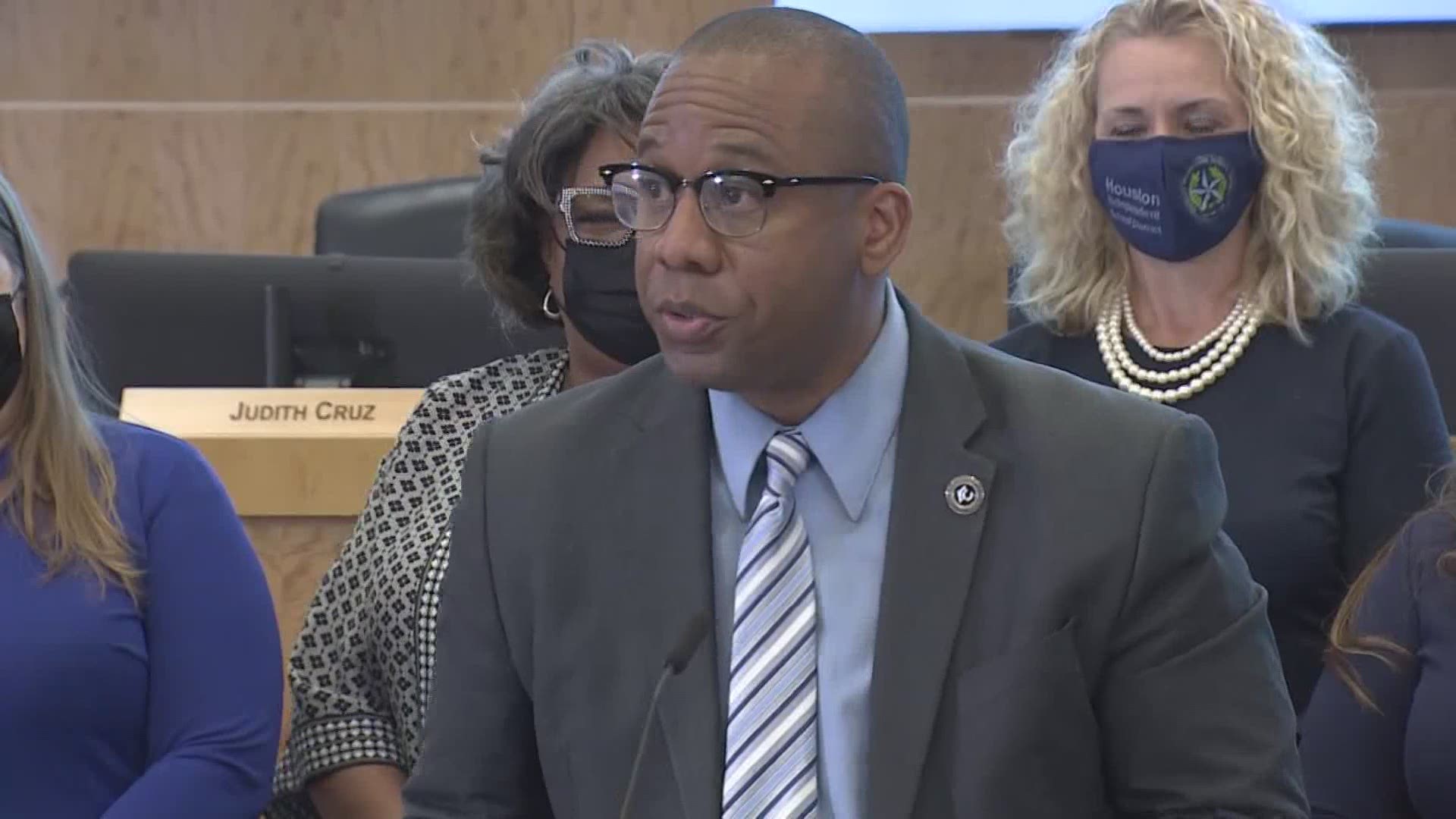 HOUSTON — The Board of Education has unanimously voted to appoint Millard House II to serve as the next permanent superintendent for the Houston Independent School District.

"We are confident that he brings the leadership and innovation that we need to continue on improving our outcomes for the children of HISD," a board trustee said during the announcement. "Mr. House exemplifies all the key qualities outlined in our nation-wide superintendent search criteria which were developed with input from our HISD community."

When addressing the public for the first time as the lone finalist for the HISD superintendent position, House referred to a quote from John Maxwell that reads, "people buy into leaders before they buy into vision."

He then said he is going to do whatever it takes to make sure he makes a difference in the HISD community and the community abroad with the help of his team, referring to the Board of Trustees.

HISD Board President Dr. Patricia Allen said House is a great fit to serve the district as its next leader.

“As we regain our footing from a difficult year navigating the pandemic, it’s an opportunity to start anew and lay the groundwork for the important decisions and strategies we will need to implement to address the loss of learning and the mental and emotional toll our students and staff have experienced,” she said. “I am proud that our new superintendent will be inheriting a passionate, diverse, resilient team that is focused on investing in the whole child.”

The search for a new superintendent comes after former interim superintendent Dr. Grenita Lathan was denied the permanent position and later accepted a job in Missouri.

The permanent superintendent position for HISD hasn't been filled since 2018.

Who is Millard House II?

He has been the Director of Schools for the district since 2017.

House is a Tulsa, Oklahoma native with almost three decades of education and nonprofit experience, according to the CMCSS website.

He also graduated from the Fisher School Leadership Program at the Hass School of Business, University of California at Berkeley.

How does CMCSS compare to HISD?

There are 42 schools in the district in CMCSS compared to HISD that has 276 schools.

The #HISD Board of Trustees has named its lone finalist for Superintendent, Millard House II from Clarksville-Montgomery County School System (@cmcssinfo). With three decades of experience, House is a lifelong educator. pic.twitter.com/QQzYCpZBTD