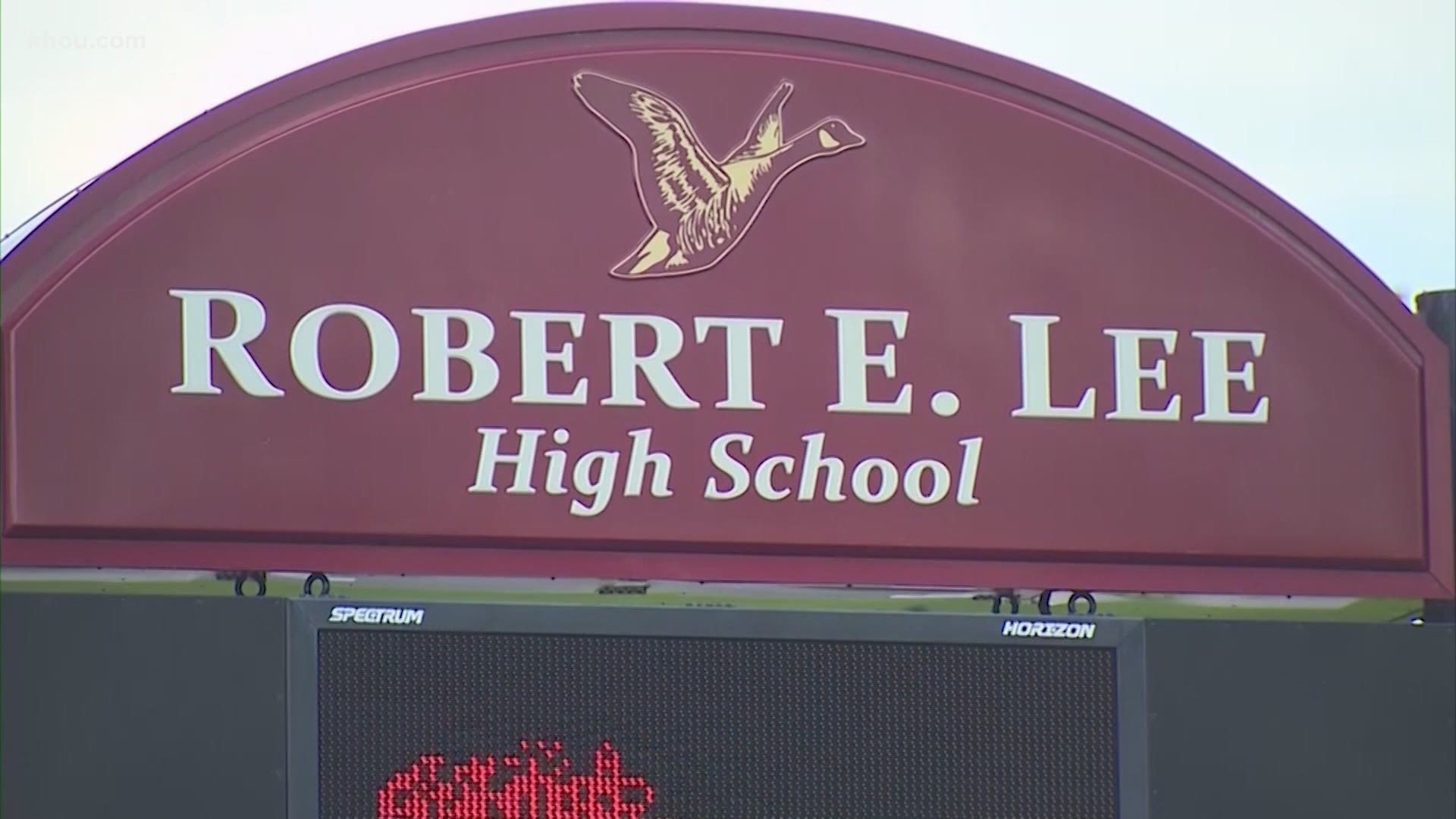 On Wednesday, GCISD Board of Trustees decided not to vote to change the name of the high school and leave the decision in the hands of a committee.

"The board approved forming a committee to investigate the possible renaming of current educational and auxiliary campuses," the district wrote in a statement.

People are on both sides of the fence of renaming the Confederate general’s name at GCISD.

John Hurr, a 1961 graduate from Robert E. Lee High School, said he doesn't think renaming it solves anything that happened 150 years ago in the Civil War.

Hurr has even gone as far as placing a petition inside his dental business seeking to retain the school's name.

"It’s served the community with dignity and honor and has been a great academic institution,” Hurr said.

Another petition seeking to change the name already had more than 4,000 signatures as of Thursday afternoon.

Houston ISD removed Lee's name from a school several years ago. Tyler ISD and Midland ISD recently did the same.