Some districts are dealing with ruptured pipes and water issues while their employees deal with damage at their own homes. 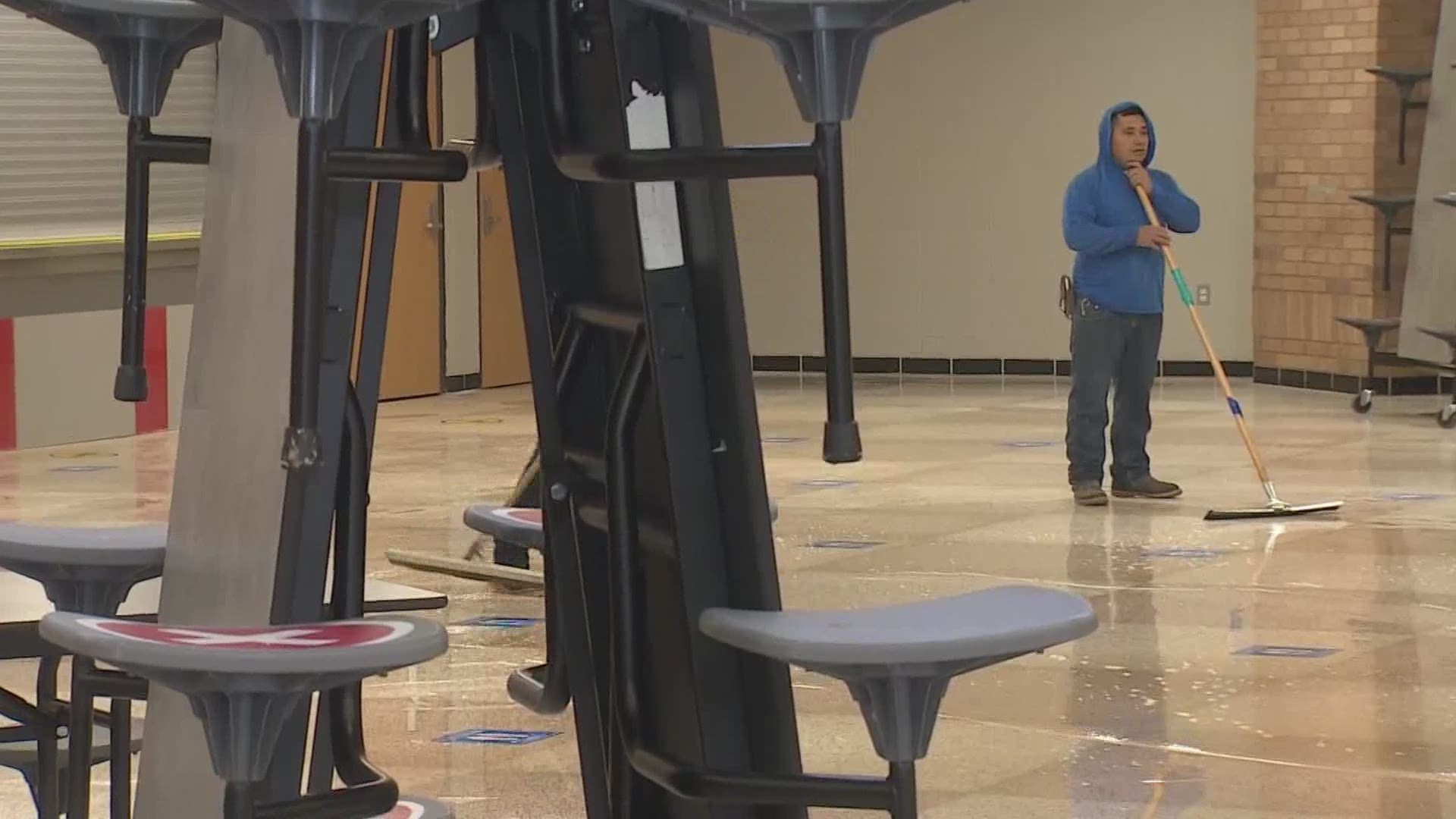 HOUSTON — Many Houston-area school districts delayed returning after last week’s winter storm. But clean-up from ruptured pipes and other issues isn’t limited to campuses. Teachers and other employees are dealing with messes at their own homes, too.

"A number of my colleagues, their pipes burst as well,” Lee said.

She’s grateful the Houston Independent School District closed campuses through Tuesday and pushed back in-person instruction until next Monday.

It gives employees and families a little more time to deal with the aftermath of last week’s weather.

"It's just too much right now." Teachers are among those dealing with the aftermath of the winter storm. One shared pics of what a ruptured pipe did to her home⤵️. Many are grateful that some districts delayed coming back. But not all did. My story on @KHOU at 4:30 #khou11 pic.twitter.com/pbzzVC3tti

Districts are also dealing with damage.

For instance, Langham Creek High School was one of more than 60 Cy-Fair ISD campuses impacted by the storm.

Tomball ISD shared photos of what ruptured pipes did to at least one of its schools.

Katy ISD said 75% of its facilities suffered some sort of damage.

"I know for many in our community this past week has been very difficult,” Conroe ISD Superintendent Curtis Null said.

Null was among those who decided to resume on-campus and other instruction on Monday. He said in a video message that he couldn’t in good conscience keep schools equipped with water, power and food closed to those who may need them.

“I make no judgments on any other districts," Null said. "Everyone is in a different situation around us and throughout the Houston area. We are fortunate to be in a place where our buildings are in good shape.”

Conroe and other districts are offering resources to those who may need additional help or even excused absences.

Emergency waivers for missed days are being submitted to the Texas Education Agency.

Meanwhile, Lee and others hope recovery and work can coincide after yet another emergency.

“I think the district needs to take these extenuating circumstances into mind,” Lee said.

In some cases, decisions about the rest of the week are still being considered.

Look for updates on KHOU.com or via district websites and social media pages.