The money will pay for new campuses, renovations, safety and security upgrades and a lot more. 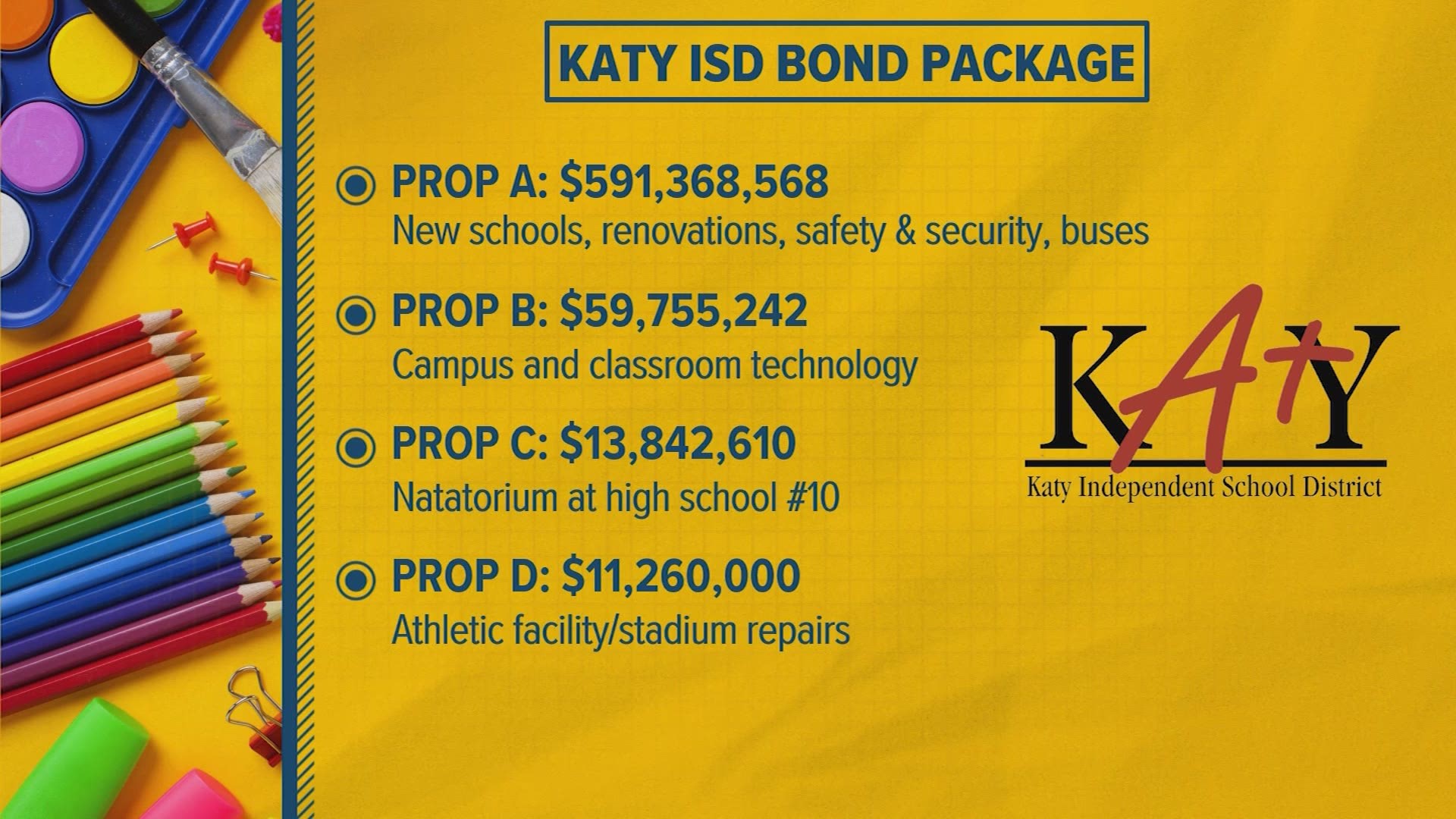 KATY, Texas — UPDATE: Voters approved the bond package in the May 1 elections.

Katy ISD's Jordan High School is so new, the sign out front isn’t even finished. But the district is already planning for at least five future campuses.

It's all part of a proposed $676 million bond package on the ballot beginning Monday with early voting.

"It’s going to look at a lot different when you go in there and vote,” said chief operations officer Ted Vierling.

The package is split into four propositions:

Early voting starts Monday on a big bond package for @katyisd. The rapidly growing district says it needs cash to keep up and build more new schools like this one + renovate aging ones. I’ll take a closer look: @KHOU at 5:00 #khou11 pic.twitter.com/SLuWlJM6oJ

In all, 400 campus and facility projects are included in the bond package just a few years after the last bond paid for things like Katy ISD’s 12,000-seat Legacy Stadium.

"We have a lack of storage for our kids," said Windborn Elementary principal Leah Lowry. "A lack of collaborative spaces for our kiddos.”

Lowry showed KHOU 11 around her campus opened in 1981, which is in line for a major renovation if the bond package is approved.

"We’re a 40-year-old building, and so we really need an overhauling and really bring the building up to standards,” Lowry said.

Katy ISD is expected to expand by about 3,400 students per year moving forward, and some taxpayers say helping ensure quality schools comes at a cost.

But others plan to oppose such a high price for new facilities.

For more information on the bond package, click here.