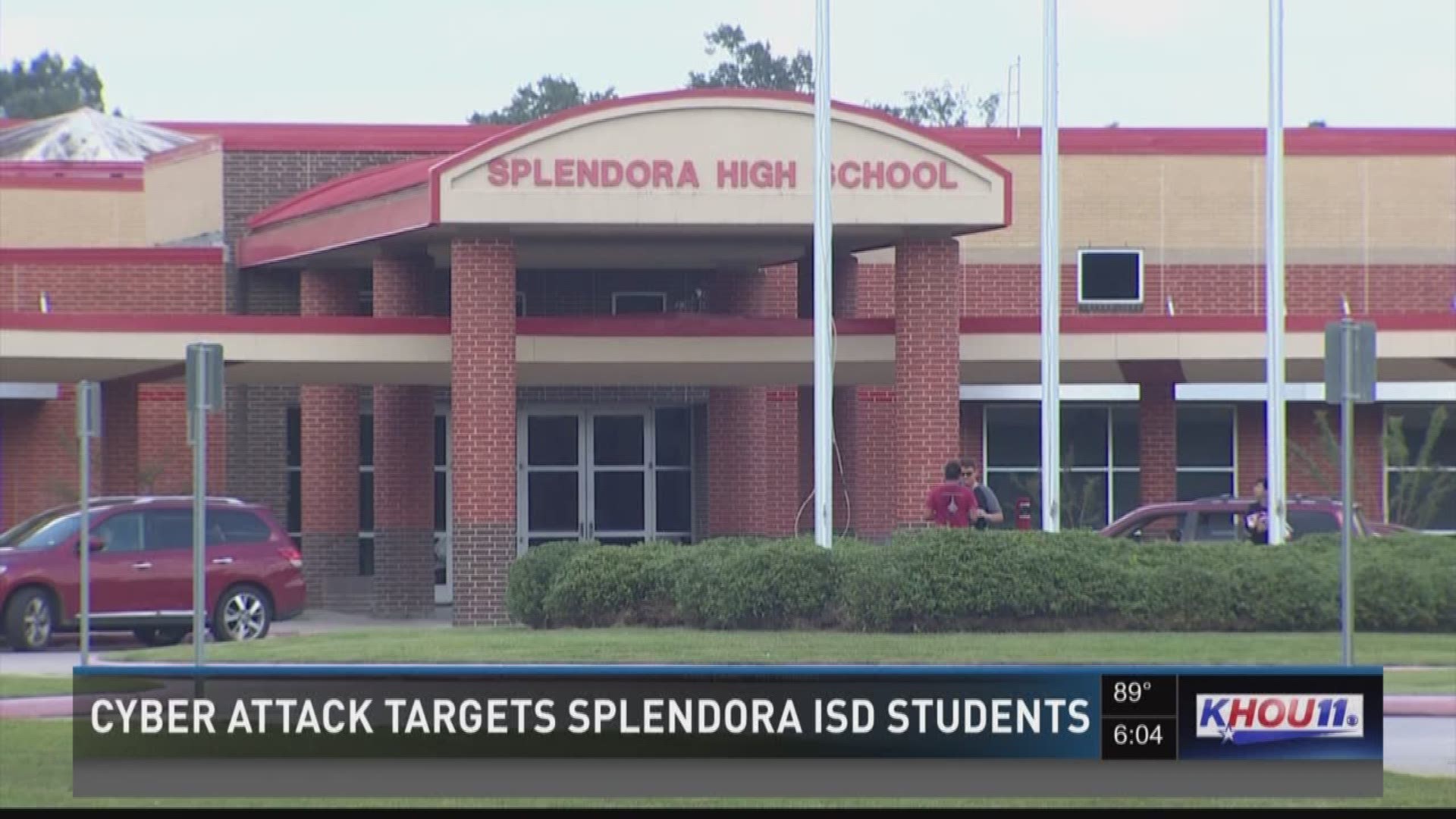 “Hackers have threatened a tiered escalation which could include direct messages to parents, students, and staff,” wrote an SISD statement to media and parents. “We do not know the exact information that they have but it could contain specific names and confidential information such as phone numbers and addresses.”

“In previous cases, these messages have been via text and/or email, and have been violent and graphic,” wrote SISD spokeswoman Lisa Foster in an emailed statement. “The point of this is to incite fear and panic for parents.”

KHOU 11 visited Splendora on Friday and spoke with parents and family members of students who said they were aware of the attack, however, they did not appear to be alarmed.

“Everyone’s scared but we’re just going with the flow to see what happens,” said Elizabeth Taylor who is related to several students attending SISD schools. “Nothing has happened over the years, so I don’t think anyone thinks anything is going to happen, just probably childish kids.”

A spokeswoman with the Federal Bureau of Investigation’s Houston field office confirmed to KHOU 11 the bureau is assisting in the investigation of the SISD hack.

The school district in Columbia Falls, Montana was hacked and students’ private information was stolen. The cyber attackers also emailed threats and demanded payment via the cryptocurrency bitcoin.

Law enforcement officials would not confirm on Friday if they believe the attacks occurring in other states may be related to the SISD threats.