Between '0 and 100%': Texas schools weigh the odds of students returning this fall

It's way too early to know how COVID-19 cases will trend over the next few months, but school leaders are trying to draw up preliminary plans. 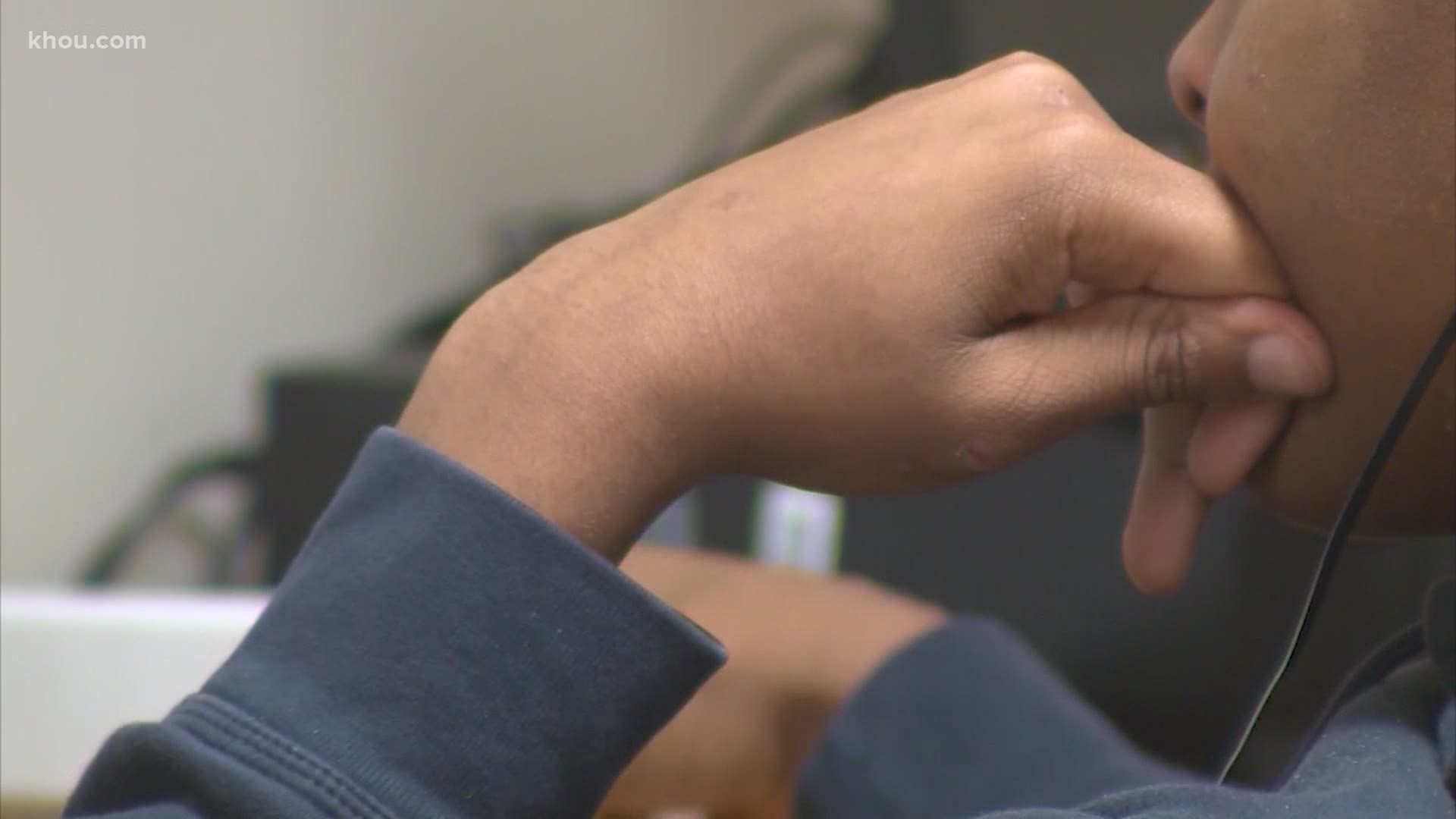 AUSTIN, Texas — Texas schools might start bringing students back to classrooms on staggered schedules in the fall. Or they might have some students show up at school while others continue their coursework online.

While it's much too early to pin down all the permutations of how and where COVID-19 might remain a health risk come August, Texas superintendents are starting to game out how public education will look in the fall.

Since Gov. Greg Abbott closed all schools in late March, school districts have cobbled together combinations of online learning and old-school written worksheets handed out to students without reliable internet. The evolving, makeshift system has raised concerns about students without computers being left out and overwhelmed parents struggling with their new roles as home school teachers.

Some superintendents worry that students will fall ever further behind the longer school buildings are closed. And they know they must improve remote teaching in case the return date ends up being even further off than projected.

They’re watching the number of cases rise and fall in their regions as the state slowly begins allowing some businesses to reopen and some public health experts warn against sudden moves. They're stocking up on Chromebooks and hard-to-find Wi-Fi hotspots.

And they're cautiously rolling out information to staff and parents as they weigh the health risks of bringing kids back too early.

Texas Education Commissioner Mike Morath has been holding biweekly phone calls with superintendents across the state to discuss plans, but no official decisions have been made.

“The bigger question is: How can you plan to be nimble so that if the situation changes quickly, you can adjust to the change either way, either toward bringing kids into buildings, or perhaps once you bring kids into building, having to put them back into distance learning environments?” said Brian Woods, superintendent of Northside Independent School District in San Antonio.

“If you ask me today, what’s the percentage chance we come back in August? I have no idea. Somewhere between 0 and 100%.”

About half the students in the 100,000-student school district are economically disadvantaged, and 12% are receiving special education services. Woods and his staff are considering bringing back those students least likely to be served virtually in the fall while keeping the other half in distance learning as a way to reduce exposure.

But that method of splitting students up is less possible for districts like small Hearne ISD, outside of College Station, where 96% of students are economically disadvantaged, meaning pretty much all are hurting while school buildings are closed.

Superintendent Adrain Johnson is stocking up on Chromebooks and Wi-Fi hotspots to prepare to start virtual schooling more smoothly in August than it began in March. And he’s asking the regional education service center to train teachers to better educate students across a screen.

Most teachers and even some students in Hearne ISD commute into town from elsewhere in the Brazos Valley, making the decision to return to school even more complex.

If the local health authorities permit schools to open their buildings, Johnson is considering spreading individual classes out across multiple classrooms and using technology to broadcast lessons.

“We just don’t know, so it’s hard to plan definitively,” he said.

Even details for graduation and summer school are up in the air for some districts, though the end of the school year is quickly approaching.

Worried about staff and students burning out, Johnson said Hearne ISD is probably going to take June off and return for summer school after July 4 to “hit it hard with any kid that we know needs help, either those kids struggling before this ever happened or the ones that have struggled since.”

Free meal distribution, however, will not be paused, he said.

Sunnyvale ISD, in suburban Dallas, is planning to reopen Aug. 19, but Superintendent Doug Williams knows COVID-19 cases might resurge in the summer. His administrative team is considering staggering students in the morning and afternoon, or even on different days of the week, so that all students can get direct contact with their teachers.

“I don’t know if you can continue in an online format and have the same rigor, the same depth of instruction that we believe is necessary,” he said.

This story originally appeared in The Texas Tribune here