'They miss their teachers and we miss them, as well' | Aldine ISD takes school spirit to students' homes

"It’s awesome that they’re doing this," said mother Idalia Emiliano. "I mean, they’ve been keeping in touch with us all the time.” 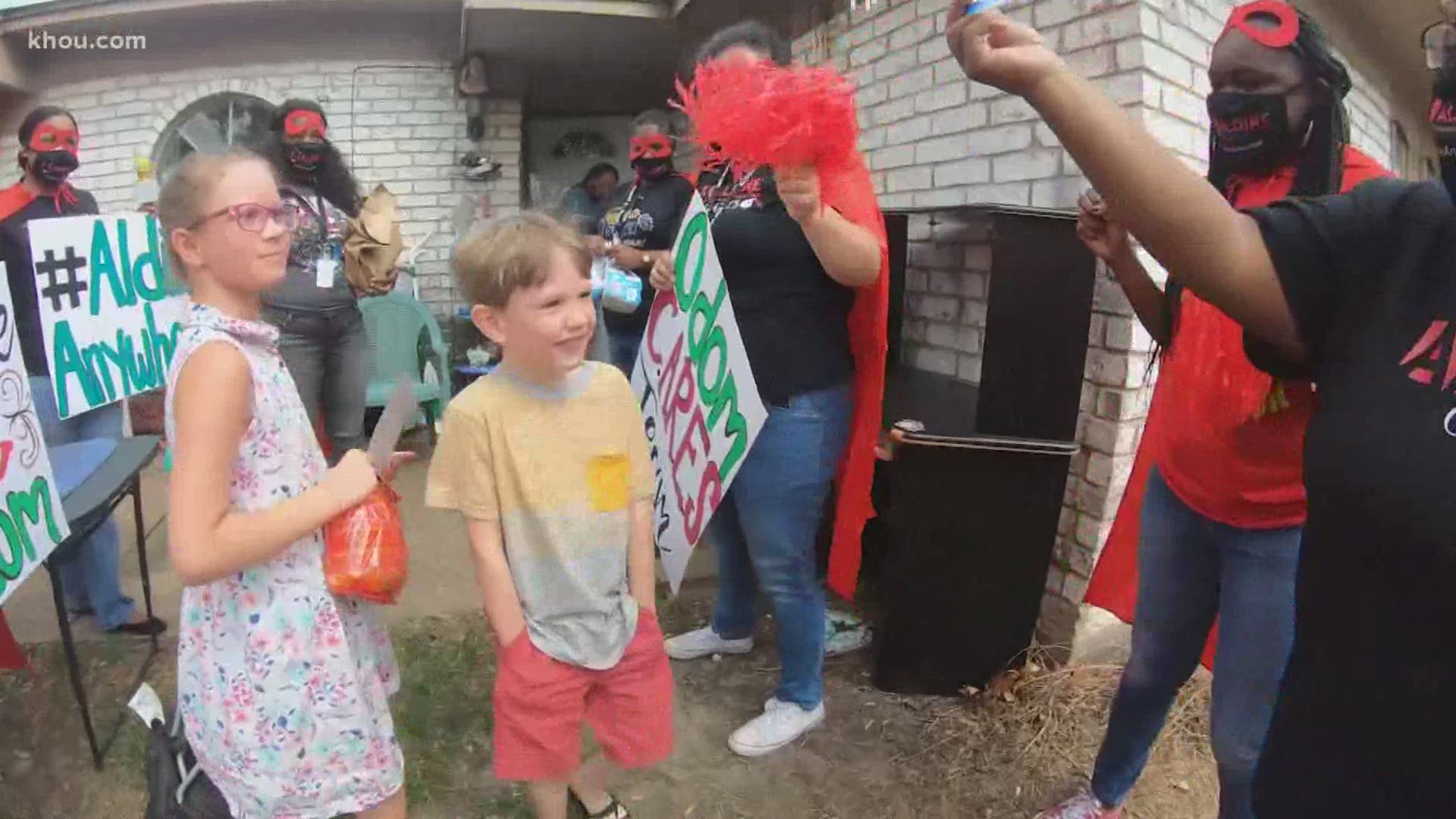 HOUSTON, Texas — Aldine ISD students won’t start returning to campuses until next week. But that hasn’t stopped staff from reaching them through the district's C.A.R.E.S. program.

It stands for “Caring And Reaching Every Student.”

“They miss their teachers and we miss them as well,” said Odom Elementary counselor Kimberly Christian.

Every Aldine ISD school started one when the pandemic closed campuses and sent learning online.

We followed Odom staff to several homes in a nearby neighborhood.

"We’re doing a check-in to see what challenges they’re facing at home," said Odom principal Delilah St. Julian. "We’re also bringing curbside meals to homes, to those families that are unable to come to the campus to pick them up.”

“It allows us to really touch and see our students.” Had fun following a @AldineISD C.A.R.E.S. (Caring And Reaching Every Student) Team.. Providing educational, social and emotional support as kids learn from home. Go along for the ride: @KHOU at 4:30 + 5:00 #khou11 pic.twitter.com/IAbtTpOpqA

"Ad we want to give you an outstanding student award for doing all of your work,” St. Julian told Lopez before handing her a certificate.

"It’s awesome that they’re doing this," said mother Idalia Emiliano. "I mean, they’ve been keeping in touch with us all the time.”

"We know that it’s hard on the parents as well," Christian said."Because it is different, unlike anything that they’ve ever been through."

They can’t help but benefit from the interaction.

"This is the first pandemic that I’ve been through," said St. Julian."But I think that we’re able to help write the manual."