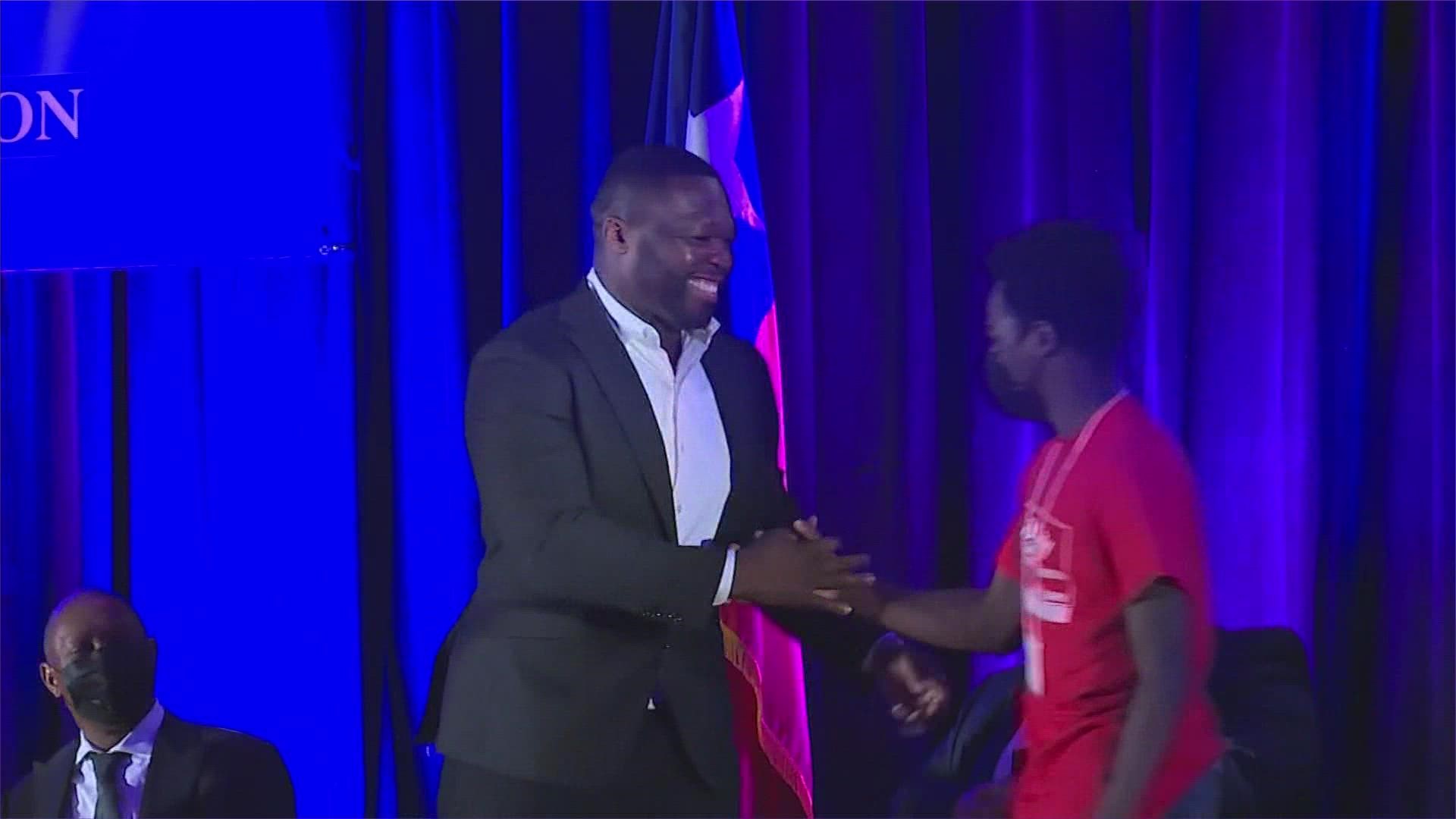 He partnered with the city school district and the Horizon United Group for the G-Unity Business Lab. The new Houstonian joined Mayor Sylvester Turner and HISD Superintendent Millard House II to induct 75 students from Wheatley, Worthing, and Kashmere high schools.

“This is an exciting partnership for the students of HISD,” says Superintendent House. “Curtis Jackson moved to Houston and immediately invested in our children, becoming a stakeholder in their future.”

At the @HISD_GUNITY_HGI Kickoff at @WeLoveWheatley @50cent has a message for the students of #HISD pic.twitter.com/EThidqrmJ1

The inductees will follow an MBA-level curriculum taught by volunteer business coaches and mentors. They’ll learn skills for a successful entrepreneurship and will eventually present their business to 50 Cent and others for potential seed investments.

"I want you to take the information that they give you and keep it,” Jackson tells students at the induction ceremony. “Listen to them, because this program's about what you want it to be about. It's about you being an entrepreneur.  Take the things that stick out to you as really important things and make that a part of how you do business moving forward."

The Business Lab is the latest project under the rapper’s G-Unity Foundation, which focuses on academic programs for low-income areas. The foundation invested $300,000 into the pilot program, and HISD matched them for a total of $600,000.

"When you grow up under circumstances that I grew up under, it starts to feel like the biggest restraint is a financial restraint,” Jackson says. “I just want to be able to help provide programs that allow you the information to do it the right way."