A stray dog found burned by fireworks still duct-taped to her back is in need of a forever home after being released from a veterinarian clinic Thursday. 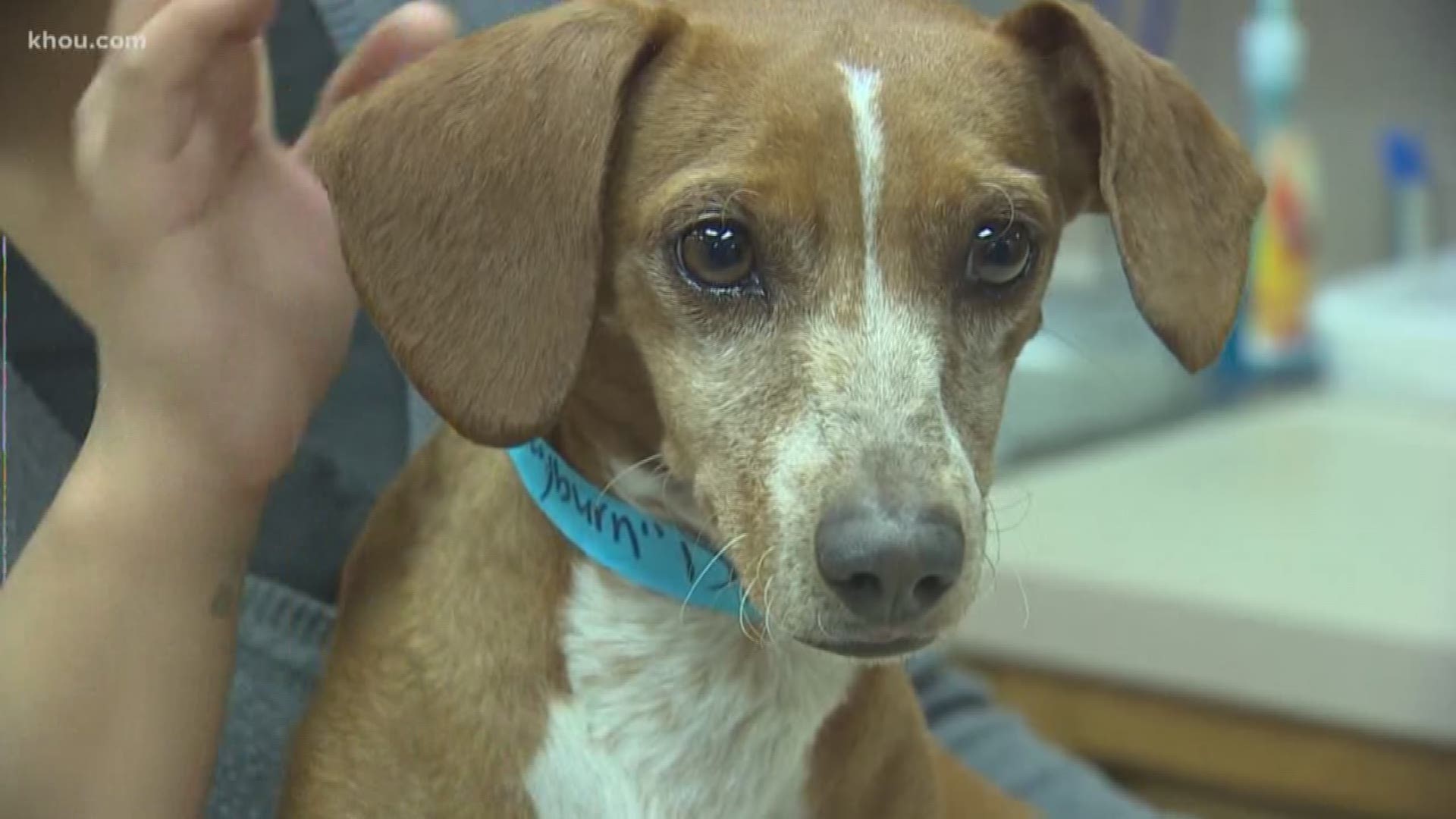 JERSEY VILLAGE, Texas - A stray dog found burned by fireworks still duct-taped to her back is safe and looking for a forever home after a remarkable recovery.

After a terrifying week, the 2-year-old female Dachshund was finally in good hands at the Jersey Village Animal Hospital Thursday afternoon.

“When you see where she is right now, what a resilient young lady she is. It’s amazing,” said Toni Rumley, board member and Treasurer for Dachshund Rescue of Houston.

Rumley says the dog spent five days on the streets before walking up to a Good Samaritan at a bar on New Year's Eve. That man says he found the dog burned by fireworks still duct-taped to her back.

After taking her to an emergency clinic, that man tagged Rumley’s rescue group on social media.

“She had no chip, no tags, nothing, and at that point, we were able to bring her into our rescue,” said Rumley, noting she doesn’t believe the dog was lost or stolen and that her group followed all local regulations for taking in a dog.

The dog was then brought to Jersey Village Animal Hospital.

Dr. Stenseng and her team treated, vaccinated and fixed the dog, later named “Meg Rayburn” by a DROH board member after a resilient character on the Netflix series “Bloodline."

On Thursday afternoon, Meg Rayburn headed to a foster home.

“I’m glad that she’s with me, 'cause I know that she’s in a much better place right now,” said Kodi Wright, who’s fostering the dog. “I hope that this reaches every part of Houston and people realize that dogs are loving animals, and they all need a good home.”

Also Rumley says Crime Stoppers of Houston is aware of this cruelty case, and anyone with information can report it anonymously here.