DNA testing obtained from the wetsuit of a 13-year-old boy who was seriously injured in a shark attack at Beacon's Beach in Encinitas last month confirmed a great white shark was involved in the at... 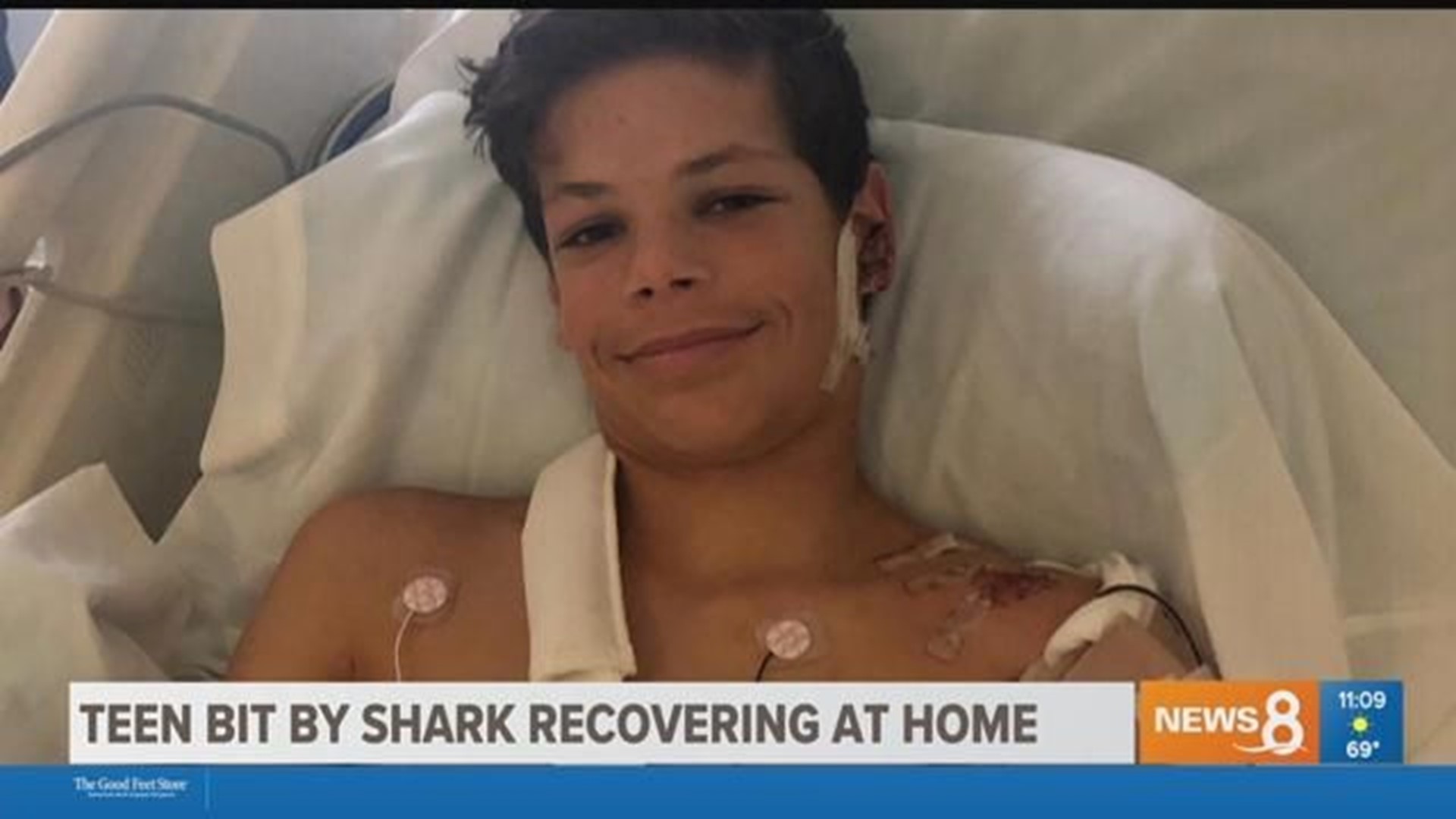 ENCINITAS (NEWS 8/CNS) - DNA testing obtained from the wetsuit of a 13-year-old boy who was seriously injured in a shark attack at Beacon's Beach in Encinitas last month confirmed a white shark was involved in the attack on the boy, the city announced Wednesday.

Keane Hayes of Encinitas was mauled by the shark at about 7 a.m. on Sept. 29, while lobster diving on the first day of this year's season for legally harvesting the crustaceans.

Four beachgoers, including a kayaker, helped the injured boy get to shore and provided first-aid prior to the arrival of an ambulance. Paramedics airlifted Keane to Rady Children's Hospital, where he was admitted in critical condition.

The boy underwent surgery for a wound that stretched over the left side of his body and head, from his upper back and torso to his arm and the side of his face, said physician Tim Fairbanks, chief of pediatric and trauma surgery at Rady Children's Hospital.

Keane was released from the hospital on Oct. 4 and continues to recover at home, according to city officials.

"Shark bite incidents are exceedingly rare considering the number of people that use southern California waters, but people do need to be aware that the fall season is a time when more large juvenile and adult sharks may be moving along the coast," Lowe said.

A GoFundMe.com donation page set up to help the Hayes family with medical expenses had raised more than $37,000 as of Wednesday morning.