The decision to publicly identify those accused was made on September 30, 2018, and was agreed upon by the 15 Catholic dioceses in Texas and the Ordinariate of the Chair of St. Peter. 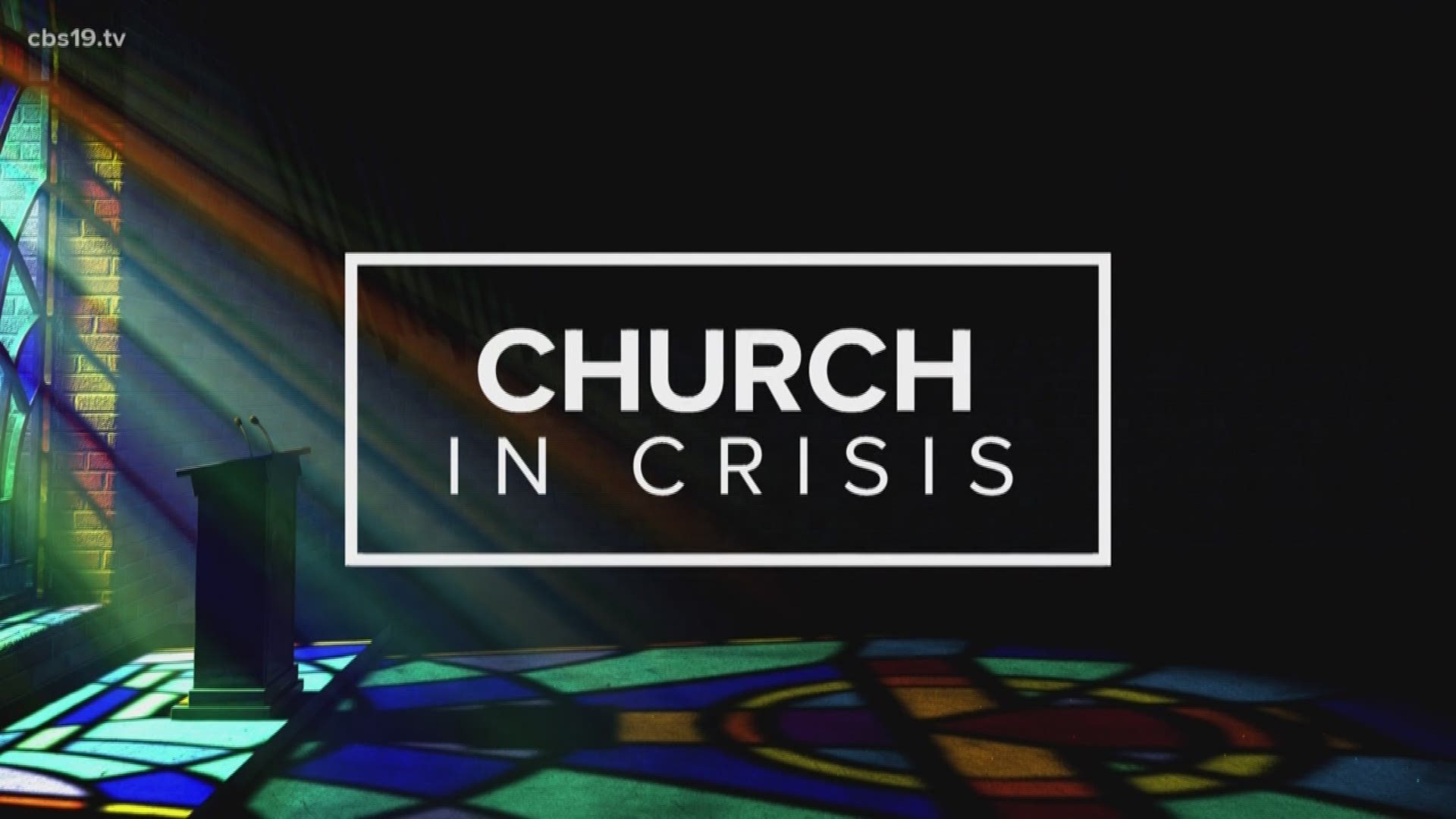 TYLER, Texas — Bishop Joseph E. Strickland and the Diocese of Tyler have released the names of clergy who have been credibly accused of sexually abusing a minor, dating back to at least 1950.

My Dear Clergy, Consecrated Religious, and Faithful of the Diocese of Tyler,

Today, I join with the other bishops of Texas in releasing the names of clergy (priests and deacons) in our dioceses who are subject to credible allegations of sexual abuse of a minor. Personally, and with my brother bishops, I express my deep sorrow to the survivors of abuse and my commitment to providing pastoral care for each survivor. I apologize for the failings and sins that have hurt the Church so deeply, especially with our most vulnerable members. I especially ask forgiveness for the failings of those who have held positions of leadership in the Church. I have only one name to release for which a credible allegation exists in the Diocese of Tyler since its creation in 1987. But even that is one too many. The abuse of minors - physical, emotional, and above all, sexual - should NEVER happen in churches, in homes, in schools, or anywhere. All of us are called to holiness and to serve as examples of virtue, but our priests and deacons are to be held to a high standard – and rightly so.

The name I am releasing to you today is that of Gustavo Cuello.

Mr. Cuello is a native of Colombia. He was ordained a priest for the Archdiocese of Guayaquil in Ecuador in 1989. In 1995, he came to the Diocese of Tyler and was assigned to Our Lady of Guadalupe Parish in Tyler.

In 1997, he was arrested for aggravated sexual assault of a minor female in Tyler. The Diocese of Tyler cooperated with the arrest and investigation. Mr. Cuello was immediately removed from priestly ministry. While out of jail on bond, he fled to Ecuador. In 2003, he was captured with assistance from the Federal Bureau of Investigation and extradited to the U.S. for trial. Mr. Cuello plead guilty and was sentenced to life in prison. This case was widely covered by the media at the time, and throughout the process the Church cooperated fully with officials.

Following the trial, the Diocese of Tyler submitted the case to the Congregation for the Doctrine of the Faith in Rome. In 2006, Pope Benedict XVI removed Mr. Cuello from the priesthood.

The acts of abuse he committed were deplorable, and it is fitting and just that he received the maximum criminal penalty from the courts - life in prison - as well as the most severe canonical penalty the Church can impose - dismissal from the clerical state.

Mr. Cuello represents less than one percent of the 448 priests and deacons who have served in the Diocese of Tyler since its creation by Pope St. John Paul II in 1987.

Msgr. Flynn is a native of Ireland. He was ordained a priest for the Archdiocese of San Antonio in 1952. Msgr. Flynn resigned from ministry in the Archdiocese in 1997 and came to Tyler in 1998 with the permission of Bishop Edmond Carmody. He retired as a pastor in 2002 but continued to provide priestly service.

In 2005, the Archdiocese of San Antonio presented new information about Msgr. Flynn to Bishop Alvaro Corrada of Tyler which indicated a possible credible allegation of sexual abuse of a minor female which was reported to have occurred in the 1960s/70s in the San Antonio area.

The Diocese of Tyler immediately removed Msgr. Flynn from priestly ministry and the case was submitted by the Diocese of Tyler to the Congregation for the Doctrine of the Faith in Rome as required by Church law. In this case, the Congregation did not dispense from prescription (a canonical term barring the case from prosecution because of the passage of time) and returned the case to Bishop Corrada, instructing him to take the precautions he thought were appropriate. With some restrictions, Bishop Corrada restored priestly faculties to Msgr. Flynn in 2008.

In early 2018, Bishop Joseph E. Strickland ordered a thorough review of these matters. No new information came forward, but in light of the seriousness of the matter, Bishop Strickland removed Msgr. Flynn from priestly ministry.

As I have said before, we have all been deeply hurt and saddened by the scandals in the Church. Please know that the Diocese of Tyler will do everything possible to prevent abuse of any kind. As your bishop, I am personally committed to this and I will support our priests and Page 3 deacons as we seek to joyfully live out our ministry in Jesus Christ.

I will also ensure that we are held to the standards of Christian virtues proclaimed by Jesus Christ.

May God, who is all-loving and all-merciful, watch over his Church and protect all of his people, especially the children and the vulnerable – the “little ones” for whom Christ the Lord has a special love.

The Diocese of Tyler oversees the Catholic Church in 33 East Texas counties.

Flynn's alleged acts were detailed in the report issued by the Archdiocese of San Antonio.

Flynn was ordained a priest in Ireland for the Archdiocese in 1952.

In 1997, a female brought forth an allegation that Flynn had sexually abused her as a minor teenager in the 1960s and sexually assaulted her as a young adult in the 1970s.

The Archdiocese found this to be a credible allegation.

According to the report, in his initial statement to the parish, Archbishop Patrick Flores did not identify the survivor was a minor at the time of the abuse and appears to have made statements that left many people thinking that the victim had a lawyer and was contemplating a lawsuit, which was not the case.

While Archbishop Flores later clarified the abuse was child sexual abuse and apologized to the survivor for his words, the report released Thursday expresses the sorrow of the Archdiocese for the unnecessary additional pain caused by his communication, as well as for any resistance or resentment that it fostered or allowed in the community.

"Our shared responsibility and care must be for the survivor who was sexually abused as a child by an adult who violated a sacred religious trust," the Archdiocese said in a statement.

In 1997, Flynn resigned from his position as pastor of St. Matthew and retired from all ministry. Archbishop Flores removed his faculties and forbade him from exercising any priestly ministry. Nevertheless, Bishop Edmond Carmody, former auxiliary bishop of the Archdiocese and then bishop of the Diocese of Tyler, soon thereafter assigned Flynn to ministry in the Diocese of Tyler.

In 1999, Archbishop Flores reaffirmed his order that Flynn not exercise any priestly ministry, and Flynn formally left the Archdiocese and joined the Diocese of Tyler.

According to a May 2002 article by the Longview News-Journal, in 1999, Bishop Carmody appointed Flynn as the parishioner of the new mission of St. Matthew's Catholic Church in Longview, which was established as a Catholic presence to draw parishioners from Pine Tree, White Oak, Greggton and Spring Hill.

In the process, Bishop Carmody was reminded of the allegation.

In 2005, Archbishop José Gomez, becoming aware of the matter, brought it to the attention of the new bishop of Tyler, Bishop Alvaro Corrada.

Bishop Corrada removed all priestly faculties from Flynn (who was asked to retire in 2002, but still ministering) and after conducting a preliminary investigation, he referred the matter to the Congregation for the Doctrine of the Faith.

In this case, the Congregation did not dispense from prescription (a canonical term barring the case from prosecution because of the passage of time) and returned the case to Bishop Corrada, instructing him to take the precautions he thought were appropriate.

With some restrictions, Bishop Corrada restored priestly faculties to Flynn in 2008. Since that time, the current bishop of Tyler, Bishop Strickland, has removed all faculties from Flynn and forbidden him from exercising any priestly ministry.

Since 1997, the archbishops of San Antonio have consistently forbidden Flynn from exercising any ministry in the Archdiocese.

According to Barone's LinkedIn page, he currently focuses on ministry to those who sail the seas with Apostleship of the Sea. He says he volunteers as a chaplain with the Holland America Line offering daily mass, confessions and tends to the spiritual needs of the crew.

The exact allegations made against Barone have not been disclosed.

The decision to publicly identify those accused was made on September 30, 2018, and was agreed upon by the 15 Catholic dioceses in Texas and the Ordinariate of the Chair of St. Peter.

The release of names is part of an ongoing effort by the dioceses to provide a safer environment for children. The lists will be updated as new information becomes available.