One man responsible for the Houston Dynamo home field advantage

With empty stands because of COVID-19, one man will represent 22,000 fans. 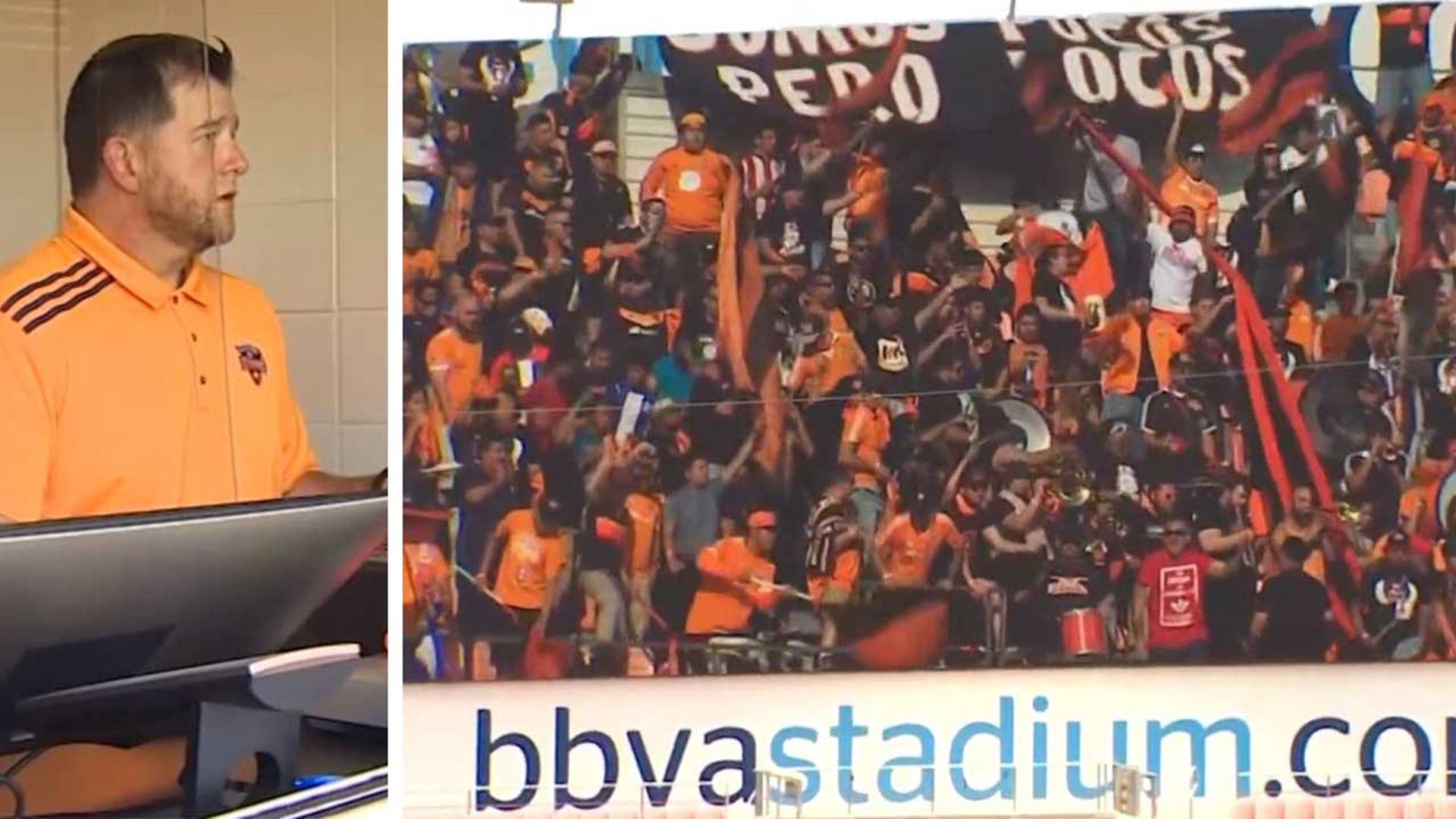 HOUSTON — It would seem like a big responsibility, being the voice of 22,000 sports fans, but Nunee Oakes is not intimidated one bit.

“I’ll be the voice, the voice of the people,” the Houston Dynamo DJ told KHOU 11 with a big smile.

Oakes typically brings fans the audio entertainment during the Houston Dynamo games. He’s the team’s DJ and has been for 8 years. But now Oakes will be responsible for pushing more than the right music buttons. He’s a part of the team piping in fan sounds into the empty soccer field, to help the players feel the love and fans feel the heartbeat of the game, wherever they’re watching it.

“I do have buttons for certain situations,” Oakes said. “Sound effects from the supporters’ groups that we've had from past games and just crowd, goal sounds and trying to make it seem like there's a crowd here.”

Fans are a huge part of sports. We bring energy to the players. We are a big part of what makes the stadiums come alive

“When we got a packed house, it's electric in here,” said Brock Jessel, Dynamo’s Sr. Director of Broadcast. “We're missing fans, right? It brings energy to our players on the on the field. So not having those fans trying to make sure we can replicate that as much as we can.”

Jessel said the sounds Dynamo fans will hear when watching the games will be of their own cheering, disappointment or enthusiasm.

“This is not some fake sound that we found on the Internet,” Jessel said. “This is actual audio from our games. That's really important and motivating and a driving factor that it's Houston. It sounds like Houston when you hear it on the broadcast.”

“Our players will hear it as well,” Jessel added. “And so, when we go through the goal celebration, it's going to be that same energy and excitement. We'll play our goal song. You'll hear that crowd in there. So, when you're watching at home, it almost feels like there is the crowd there.”

Jessel said the broadcast will include Zoom parties, for fans reaction watching at home.

RELATED: MLB commissioner reportedly warns of shut down if coronavirus not better managed

“We feel like that's a way we can connect the fans, still to be as much a part of the process without actually being here,” he said.

Since COVID-19, different sports and teams have chosen their own ways to make the games exciting without fans in the stands.

Steve Grande, senior manager of Communications for the Houston Astros told KHOU 11 per MLB policy, the team has been piping in crowd noise.

According to the policy talking points shared with KHOU 11, all  clubs are required to use ambient and reactionary background sounds for crowd noise during the 2020 season.

MLB provided each Club an “array of crowd sounds and a touch pad device that can be used to manage the playing of these sounds.”

Morgan said since June, he’s done many interviews about the fan sounds being piped into the ballpark, and has spoken about the fans’ reaction, one that’s not always favorable to pre-produced cheers.

In previous interviews, Morgan has said that piping in sound is not the best-case scenario, but not having any sound effects is not the way to go either.

Some players too are working on getting used to playing the COVID-19 style sports.

“It’s a little bit different, it’s something we’re going to have to adapt to,” said Memo Rodriguez, Dynamo’s midfielder. “I think both teams. It’s an unusual situation with the COVID happening. The fans bring a different atmosphere then the surround sound. Just a matter of us getting adapted to it, focus on us when the game time starts.”

At the BBVA Stadium, Oakes just has to make sure he pushes the right buttons.

“I'll be the voice, the voice of the people,” he said.

The voice of 22,000 Dynamo fans when the stadium is sold out, not intimidating at all.

“You know, hopefully I don't mess up. Now if I mess up, I’m blaming you,” Oakes laughed.