Front line workers in rural communities are afraid they're not going to be protected like their city counterparts. 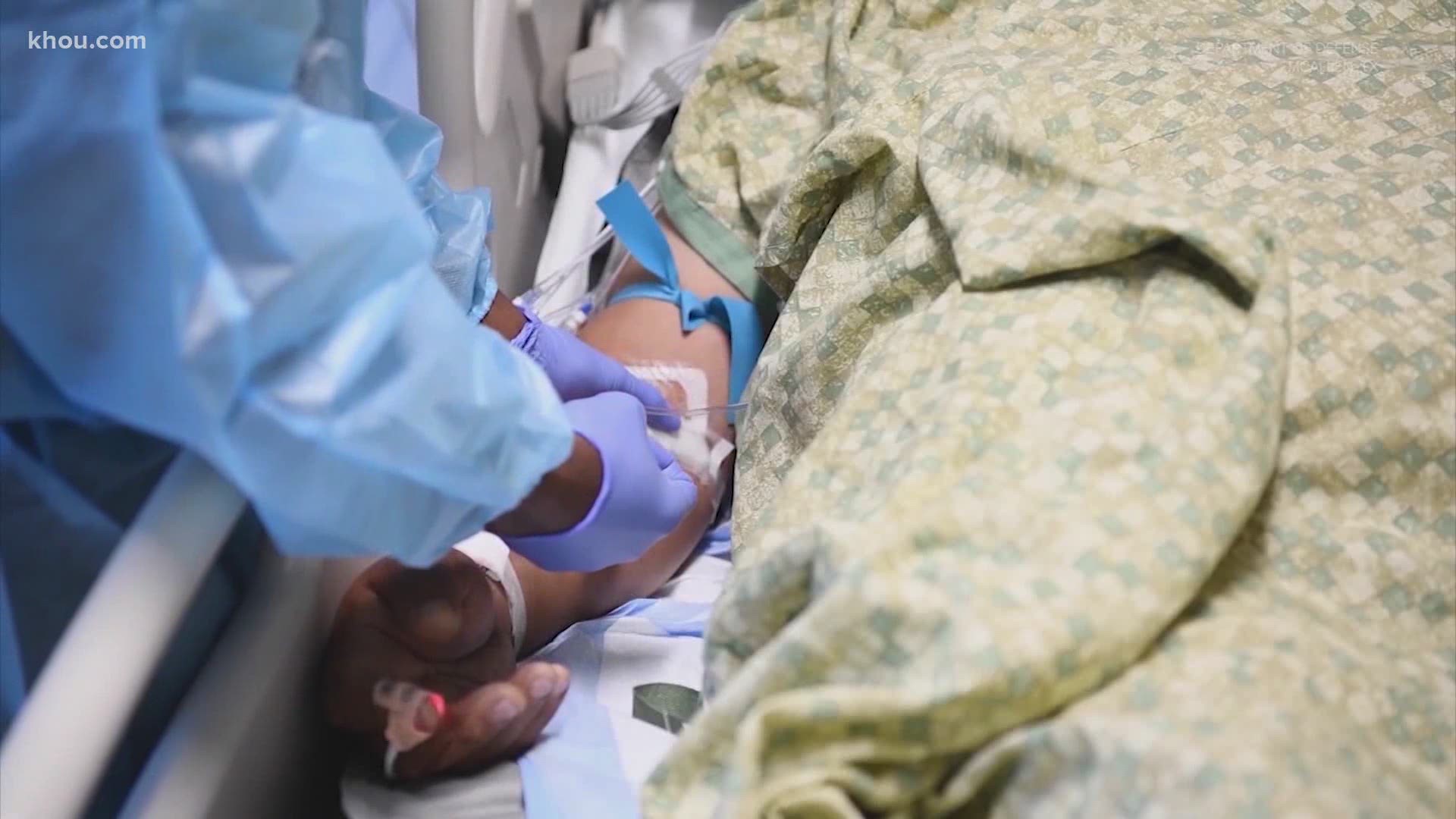 HOUSTON — “Hopeless, with no end in sight” is how some rural hospitals in Texas are feeling after being excluded from the first round of COVID-19 vaccine distribution.

Last week, Texas Department of State Health Services (DSHS) released a list of the first medical facilities to receive the Pfizer vaccine. It includes 109 hospitals in 34 counties. Vaccination of medical personnel is expected to start next week.

In a letter to DSHS Commissioner Dr. John Hellerstedt, an organization that represents 157 rural hospitals across the state expressed disappointment and frustration.

The state’s own distribution policy pledges “Geographic diversity through a balanced approach that considers access in urban and rural communities and in affected ZIP codes,” wrote John Henderson, the President and CEO of Texas Organization of Rural and Community Hospitals or TORCH.

Rural residents represent 15% of the state's population and many rural counties are enduring higher proportional surges than their urban neighbors, so small communities and providers should have been included, the letter said.

“Several rural hospitals bought freezers, others were encouraged by the CDC recommendation based on manufacturer guidance that the vaccines could be stored in shipper for 15 days plus 5 in freezer, many others are working regionally to pool groups of 975,” Henderson wrote. “Rural hospitals are happy to share boxes and take responsibility for distribution, but they were left on the sideline. These hospitals could have made this work!”

“The focus is getting as much of the vaccine out across the state as we possibly can. And that certainly includes rural hospitals and providers in smaller communities,” said Chris Van Deusen, Director of Media Relations for DSHS.

“The issue we faced with this one is we're only receiving the Pfizer vaccine in this first week’s allocation and it shifts in a minimum batch of 975 doses. And so those doses were allocated to hospitals that could vaccinate that many health care workers in a short period of time.”

“I totally understand that we that there's not enough vaccine and that these are tough decisions, I'm sympathetic to that,” Henderson told KHOU 11. “And I would argue that rural physicians and nurses are more important in the COVID response than urban physician and nurses simply because you lose a couple of them and you're in crisis.”

RELATED: Texas to allocate vaccines to long-term care facilities by end of month

“We got hit hard last week, with staff being out right before Thanksgiving,” said Catana Villarreal, Chief Nursing Officer at Hill Regional Hospital in Hillsboro, Texas. South of Fort Worth, near Waco in Central Texas.

Next week, several larger hospitals on either side of Hill County, in Fort Worth and Waco are expected to offer COVID vaccine to their staff. But they cannot.

Villarreal and her staff have to wait.

“We were really excited when we got the application from the state and we were able to turn it in. You know, we thought ‘great, here we go. We're going to be able to get our allotment,’” Popp said. “We're still waiting for our response. So, it would be really great to know where we are in the in the plan.”

News outlets, like KHOU 11, keep doing stories about the vaccines and the fact that they’re coming.

But when are they coming to Hill Regional Hospital is what people who work there want to know. Villarreal and Popp said employees are asking.

“We can't even tell them when. It’s frustrating, I think, for everyone. And just so upsetting that I think people in rural communities we care just as strongly and give ourselves just as much as everyone else does,” Popp said. “We’d like to be treated equally and have our fair share, you know?”

“We give our all and sometimes with less resources,” Villarreal added. “We see [no end in sight] at this point,” he said. “It does make us feel kind of hopeless.”

The vaccine allocation panel that recommends how to distribute the COVID-19 vaccine across the state met Thursday. In the next several days, it’s expected to release the list of providers who are next in line to receive the vaccine.