Back to school: Harvard epidemiologist says 'we need to think about age groups differently'

“It's very clear that we need to think about age groups differently,” he says as Texas students begin returning to school. 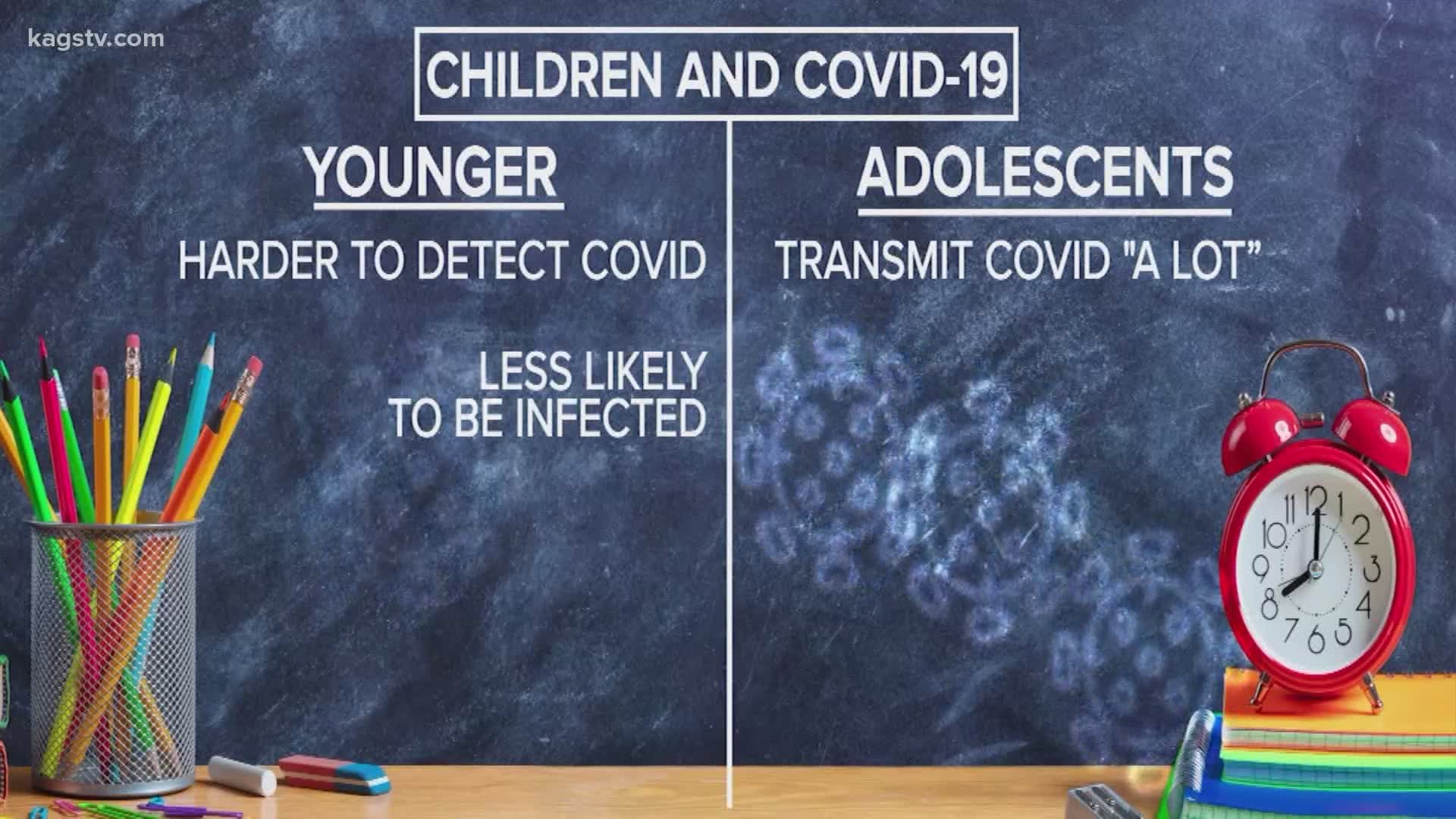 HOUSTON — Every day there is a debate whether Texas schools should offer in-person instruction. Epidemiologist William Hanage has a very clear position.

“I'd say in Texas, at the moment, schools should not be reopened,” said Hanage, associate professor of epidemiology and a faculty member in Harvard’s T.H. Chan School of Public Health Center for Communicable Disease Dynamics.

“I am trying to step away from the phrase reopening, by the way, and try to introduce the phrase pandemic management, because I think it's a more responsible way of saying what's actually going on. It's a mistake to think you can have everything,” he said.

“It's very clear that we need to think about age groups differently,” Hanage added.

He said adolescents, college students, “seem to transmit the virus a lot.”

He said scientists know that based on direct observation of clusters and looking at the population that had antibodies from the spring COVID-19 surge, which showed that age group was susceptible to the virus.

“Now, the contrast with that, it's a younger age group,” Hanage said, noting there was not much data regarding transmission within the age group, because the elementary schools were closed early in on the pandemic. “That age group is much less likely to show severe symptoms of disease. They have very much less likely to be detected. Now, I think it is reasonable to suggest they probably are somewhat less likely to be infected.”

But still, once the virus gets into schools, Hanage said, if people get infected, they will spread COVID to their households.

Hanage noted there are countries, pointing to Denmark, that have successfully opened schools without much consequence.

He said Denmark, “never had a huge amount of disease in the first place.”

“If there's not a large amount of community transmission going on, then the probability of it being increased to a school and one of these clusters of infection start and that is correspondingly, extremely low,” Hanage said. “Whereas if you're in a place where there is a relatively large amount of transmission going on, the probability of the virus entering the school is actually quite high.”

How the schools plan to teach in 2020-2021 school year varies vastly by school district. Some have announced the start of the school year remotely, eventually transitioning to in-person instruction and putting a date on it, some are doing a combination of in-person and virtual learning.

Hanage said putting a concrete date on something during a pandemic is believing in one's ability to predict what the virus is going to do.

“It's very, very difficult to think about opening high schools if there's the risk of introduction,” Hanage said. “But what you could do is you could ask your local community and ask yourself, what risk are we prepared to take?"