Local labor and worker rights organizations said it sends a big message to those who may think about doing the same. 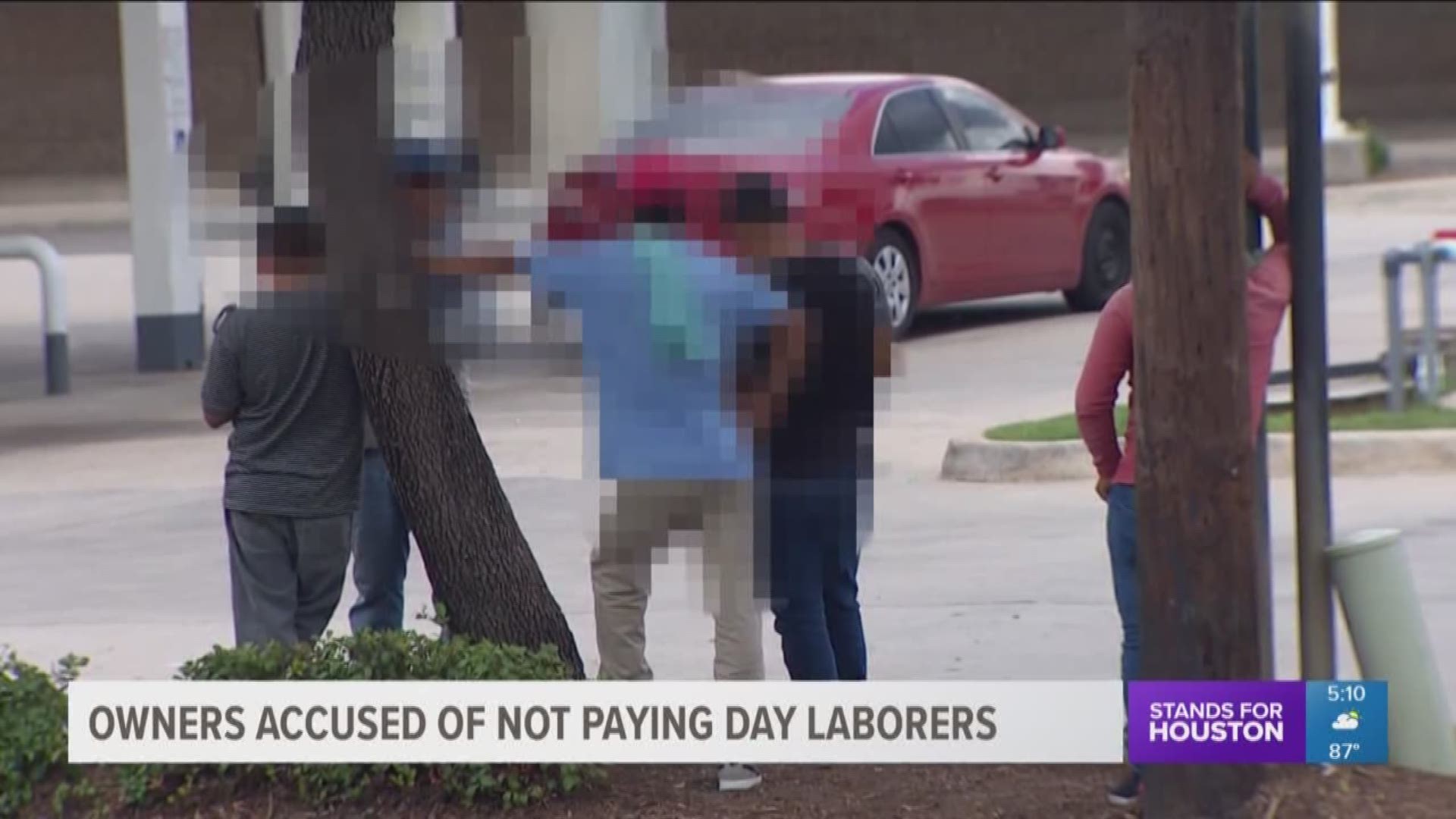 HARRIS COUNTY, Texas - For the first time in Harris County, the District Attorney’s Office is holding a property owner responsible for not paying a Houston day laborer $2,300 for work done at his home.

Sonny D. Nicholas is charged with theft of services.

While the crime is a misdemeanor, officials with local labor and worker rights organizations said it sends a big message to those who may think about doing the same.

Marianela Acuña Arreaza, executive director with Faith and Justice Workers Center, said these types of crimes are very common in Houston especially after Harvey, but many go unreported because of fear.

She’s hoping this case changes that.

For instance, it’s the reality of being a day laborer. They don’t know the next time they’ll land a chance to get a job to earn some money.

Even worse some laborers may complete a job but not get paid.

Laborers looking for a job off of Westpark Tollway shared their stories.

Rolando, who didn’t want to share his last name or have his face shown, said, “I was afraid of calling police. I didn’t press any charges. Simply that’s where two weeks of work ended. 12 hours every day.”

Rolando said it’s something that happens to a lot of people in his position.

“Yes, because the truth people try to intimidate us. They don’t speak up. They’re afraid to speak up, because suddenly they ask for you papers or whatever else,” Rolando said.

However, organizations hope that’s about to change.

“We are here to send a message. A message not just to bad employers who do not pay their workers for their heart of their hard labor. It is time to pay up," said Mauricio Chele with the Workers’ Defense Project.

"I think the law enforcement in Houston in general is recognizing and treating wage theft as the crime that it is," said Acuña Arreaza.

Through an interpreter, the victim, identified as Mario Sanchez, said it’s easy for people to take advantage of laborers’ hard work.

“After a certain a period of time when I was working on the job, if then the boss says don’t come back or just go home, and then they don’t pay me, well, obviously, that’s going to make me really angry and also make me want to fight for justice,” Sanchez said.

“This is about treating people decently and obeying the law," said Harris County DA Kim Ogg. “We follow the evidence, and we are not going to let employers rip off contractors, just as we won’t let contractors steal from the public.”

The defendant’s home is located in Southside Place near West University.

After agreeing to pay the painter $3,000, Nicholas gave him a check for $500 to cover supplies, according to charging documents. The check bounced.

In six months, the Faith and Justice Worker Center received more than 145 claims from workers of stolen wages. They totaled almost $460,000.