Maxie Johnson is updating security for virtual meetings, after a Zoom was interrupted with racially vulgar posts and explicit video by unidentified participants. 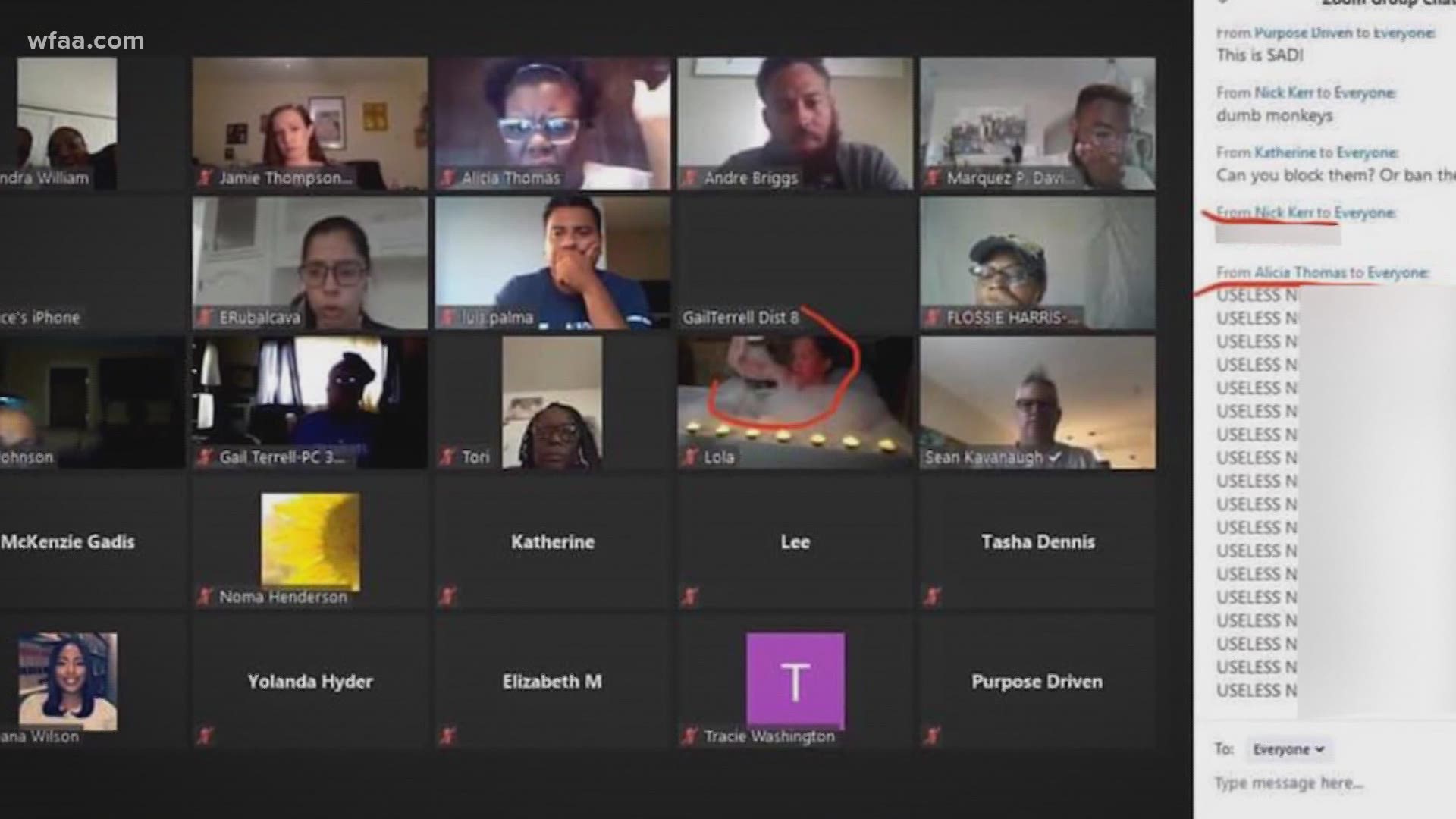 DALLAS — The COVID-19 pandemic has forced many individuals and organizations to think of innovative ways to continue conducting meetings and other business.

Johnson says during the meeting, some unidentified participants logged on and began posting racially offensive messages in the site’s chat forum.

“Some white people got on our live and started calling us ‘useless N-word,’” Johnson explained.

Screen grabs Johnson and others captured from the Zoom chat forum showed one participant calling the group "dumb monkeys."  Another user hurled an offensive racial slur. A different person flooded the chat screen with the N-word, typing it at least 20 times.

“A white woman was calling us the N-word, while she was in the tub and just disrespecting the black community,” Johnson said.

Screenshots show an unidentified woman joined the virtual meeting, while sitting in a bubble bath surrounded by candles.

Participants said another unidentified man joined the meeting, while broadcasting explicit video of himself.

About 100 community members were on the virtual meeting at the time, including parents, students, local politicians, educators and activists.

“I’ve had many of them, and I’ve never used a password or had anyone register or anything like that,” he explained.

Johnson said, “It is sad that racism still exists like it does.”

Johnson said he wants to continue keeping his community meetings accessible to the public. However, moving forward, he is considering requiring registration and appointing administrators to help monitor posts in the chat forum.