A Houston father is speaking out about the deaths of his son and two other soldiers who were killed in Jordan earlier this month. 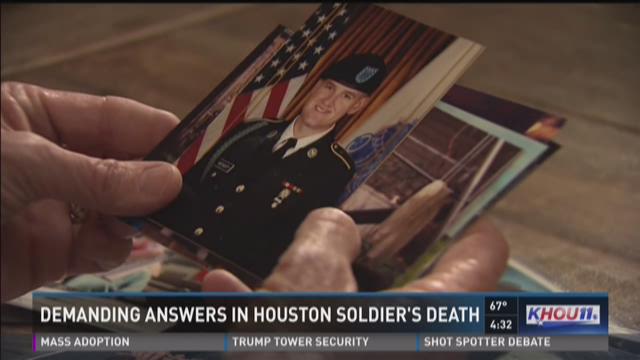 A Houston father is speaking out about the deaths of his son and two other soldiers who were killed in Jordan earlier this month.

The U.S. remains at odds with ally Jordan over its official explanation for the shooting deaths of Staff Sgts. Jimmy Moriarty, Kevin McEnroe and Matthew Lewellen. They were gunned down in an apparent terrorist attack.

Jim Moriarty, of Houston, said his son Jimmy was supposed to return home from his third tour of duty in Jordan in time to celebrate Thanksgiving. Instead, he came home in a flag-draped casket.

U.S. officials say security camera video of the incident raises doubts about Jordan’s claim that the shooting was a tragic accident.

“The Jordanian government lied to our government. They owe us an explanation,” Moriarty said. “Who was it that murdered my son and why?

The video shows several American vehicles stopped in broad daylight at the entrance of the Jordanian air field where the Green Berets were based. The first was allowed to pass through a gate. But a guard suddenly opened fire on the second vehicle, killing both soldiers inside.

Moriarty and other soldiers in the third and fourth vehicles jumped out and returned fire. The guard shot and killed Moriarty.

The gunman, who was armed with an AK-47 and was wearing body armor, was wounded and remains in a medically-induced coma.

Jimmy Moriarty was a graduate of the University of Texas and Strake Jesuit High School.