Carnival Vista is the first ship that left out of Galveston and only the second ship to leave from the U.S. since the start of the pandemic. 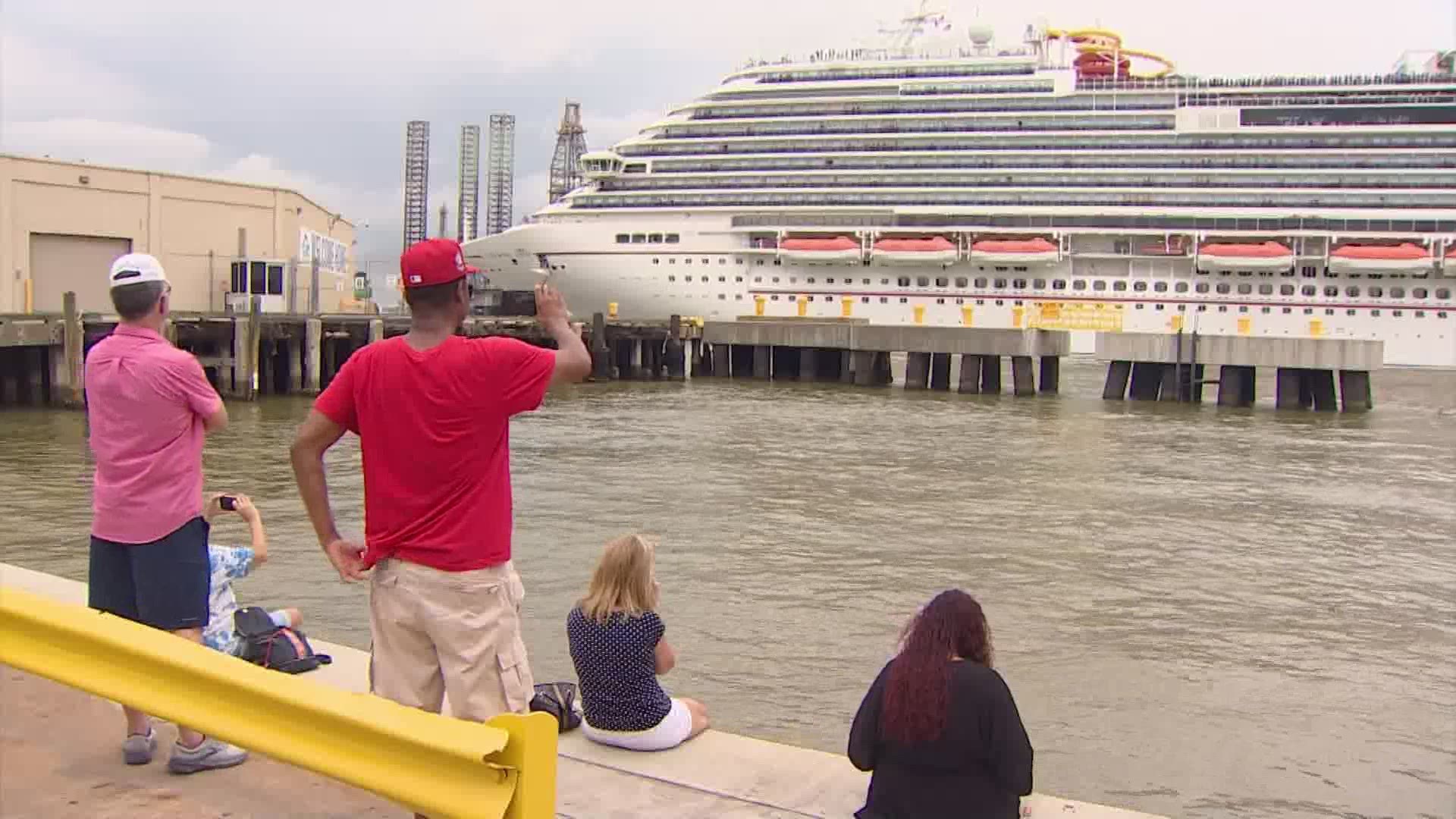 GALVESTON, Texas — Cruising is back! Carnival Vista cruised out of Galveston Saturday at 70 percent capacity and is headed to the Caribbean.

Carnival Vista was the first ship leaving out of Galveston and only the second ship to leave from the U.S. since the pandemic shutdown.

The first cruise ship that left the U.S. last week was a Royal Caribbean cruise ship — Celebrity Edge — that sailed out of Ft. Lauderdale.

There were only about 1,200 passengers on the ship that normally holds more than double that.

All of the adults onboard were vaccinated, and the children who accompanied them were tested for COVID since vaccines aren't required for them.

Travelers had to show proof when checking in.

For those who boarded the ship and those who live on the island and benefit from cruises, the voyage is a symbol of things going back to normal.

Allan Debowsky and his family are on board.

“We’ve been waiting and waiting. We’re so excited,” Debowsky said.

For the last 16 months, cruise ships have been docked because of COVID-19.

“Every time that we thought about going on vacation, we always thought about a cruise, and we couldn’t do that," Patricia Debowsky said.

Avid cruisers like the Debowsky family have been waiting for the chance to be allowed back.

“He’s been cruising since he was nine months old,” Patricia Debowsky said about her son Zachary. “He would rather cruise, out of his words, than go to Disney when he was a kid.”

“I love cruising. I love the ocean. I love being on the islands, so it’s exciting to be back," Zachary said.

Vista is the first ship to set sail for Carnival since ships were ordered to anchor.

“Galveston has been great to us, and we wanted to make sure this was going to be among the first places we come back," said Christine Duffy with Carnival Cruise Lines.

In Galveston, Mayor Craig Brown said the voyage is a comeback for a vital part of the city’s economy.

“It brings not only close to a million passengers back to our island, but over 3,500 jobs are associated with our cruise lines here," Brown said.

For those who were able to get a ticket on the first ship out to sea in a year-and-a-half, the cruise is a much-needed getaway.

“I’ve been looking so forward to having this trip for so long, and it’s finally here," LaMadrid Wilson said. "We’ve been praying that it wouldn’t get canceled. God answers our prayers.”

Carnival said UTMB provided vaccines for all of its crew.

Vaccines were required for all passengers so once aboard they could enjoy the cruise without having to wear a mask or social distancing.

Carnival is only allowing a limited amount of unvaccinated guests to sail. This includes kids under 12 who can’t get the vaccines, as well as exemptions as required by federal law, based on the total number of vaccinated guests on board.

Those unvaccinated guests will have to undergo testing, wear a mask and follow other rules. Carnival is asking them to submit their names online to a list for follow-up.

The next Carnival cruise ship set to sail out of Galveston is "Breeze," which will be welcoming passengers on July 15.