Zacchaeus Gaston is accused of killing 24-year-old Layla Steele while she was holding their son, Zeus, on July 1. 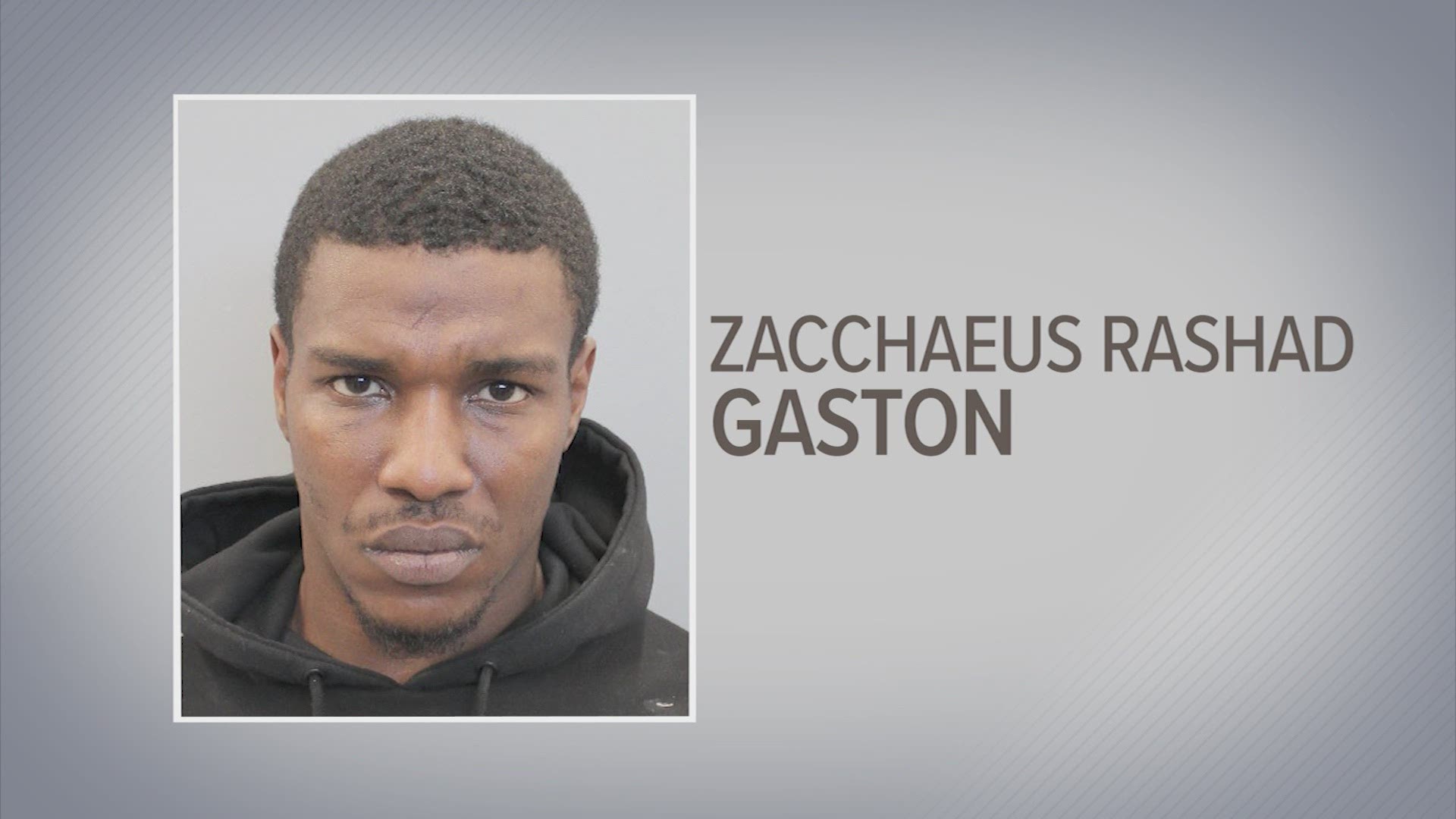 HOUSTON — Records show the man accused of killing his ex-girlfriend, who was holding their child at the time, is now back in custody.

He is accused of killing 24-year-old Layla Steele while she was holding their son, Zeus, on July 1 in the parking lot of an apartment complex in the 11200 block of Westpark Drive. Zeus was also hurt in the shooting.

Shortly after the crime and as the search for the suspect got underway, Houston Police Department Assistant Chief Patricia Cantu said the gunman was out of jail on seven felony bonds at the time.

He was wearing an ankle monitor at the time but was able to get away.

RELATED: Bittersweet birthday celebration for 1-year-old whose mother was killed by father

Steele was transported to a Houston hospital where she was pronounced dead. Their one-year-old son also suffered a non-life-threatening gunshot wound, police said.

Witnesses told police they saw the man and woman engaged in a physical altercation outside the apartments just before the shooting.

Police talked to Steele's mother the day after the killing, and her mom said she was on the phone with her daughter just prior to the gunfire.