One man was killed and another man was wounded in a shooting outside a Copperfield-area movie theater late Sunday. 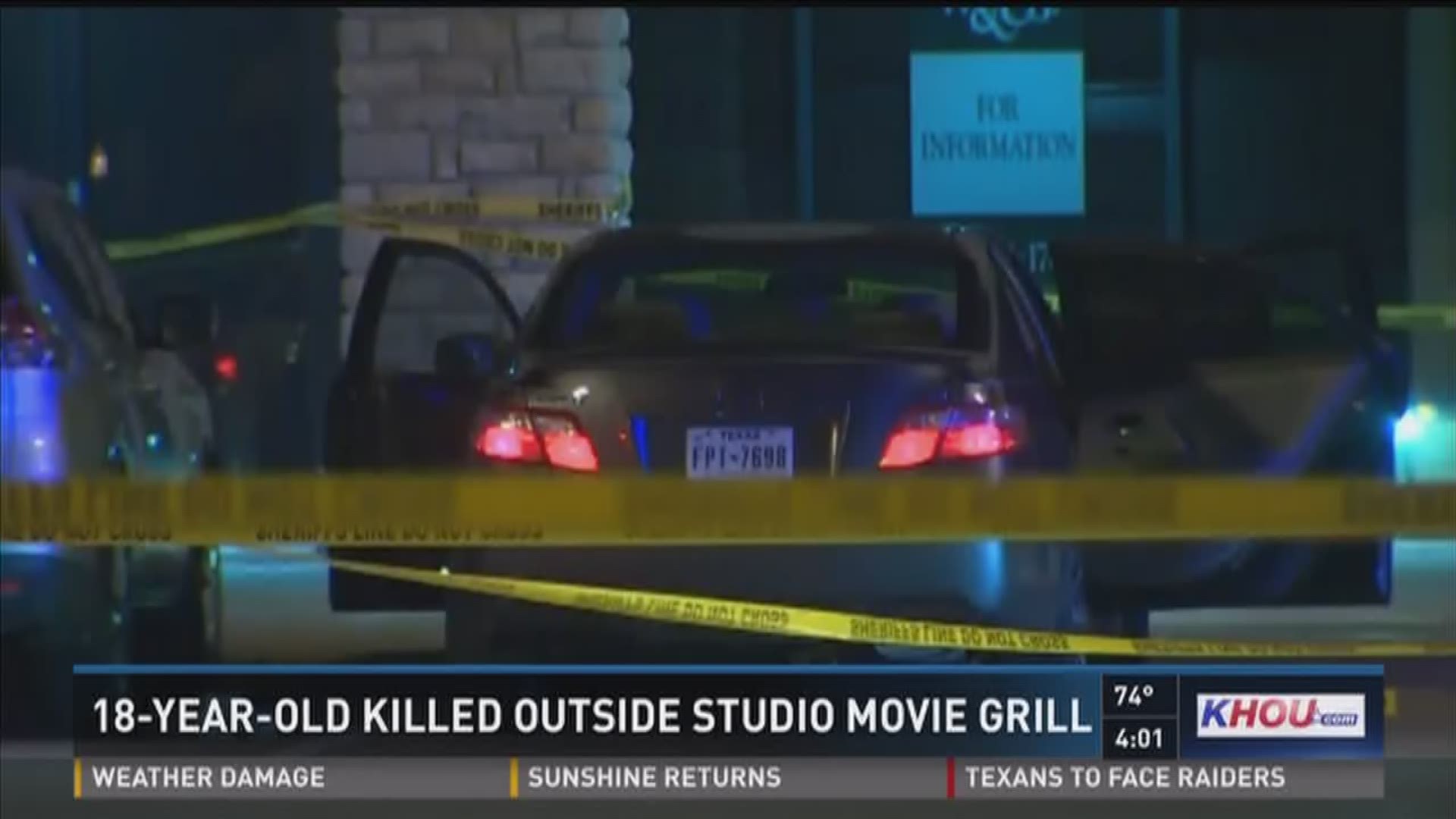 HARRIS COUNTY, Texas -- A young man was killed and another was wounded in a shooting outside a Copperfield-area movie theater late Sunday.

According to the Harris County Sheriff's Office, the shooting happened at about 9:30 p.m. in the parking lot of the Studio Movie Grill on Highway 6 near West road.

KHOU spoke to the victim’s father who said his son was supposed to start school this semester at Lone Star College. He also said he didn’t know the reason why his son was in the Studio Movie Grill parking lot Sunday night, but confirmed the two victims were friends.

Monday afternoon, the parking lot was full of movie-goers unaware of the violence that took place just feet from the entrance of the theater the night before.

“I don’t think that I would’ve made the drive to come see a movie if I knew that particular incident had happened,” Daniel Turkett said.

Detectives said the two 18 year-old men were shot in a car around 9:30 p.m. Sunday. One of them stumbled into the movie theater to get help, and one was found in the car.

They were both taken to hospitals, but one did not survive.

“That’s super terrible. I don’t know if I would be able to cope with something like that if it happened to my sons,” said Paul Benavides, a movie-goer.

People inside said they were evacuated through the back of the building. Investigators are still looking for witnesses to the actual shooting, a motive and a suspect.

“I’m surprised. No one made mention inside the theater. No notice. I’m kind of surprised to hear someone was killed right here so recently,” Turkett said.

A spokesperson for Studio Movie Grill would only tell KHOU there was added security Monday.

Harris County Sheriff’s Office investigators said they would be looking into all open cases of unsolved crimes at that location to find any possible similarities.

A teenage theater employee was robbed and shot last April after she deposited her paycheck at a Wells Fargo ATM on her walk home from the theater. She survived. The suspect has not been caught.