"When you lie on an affidavit, that's not sloppy police work, that's a crime." 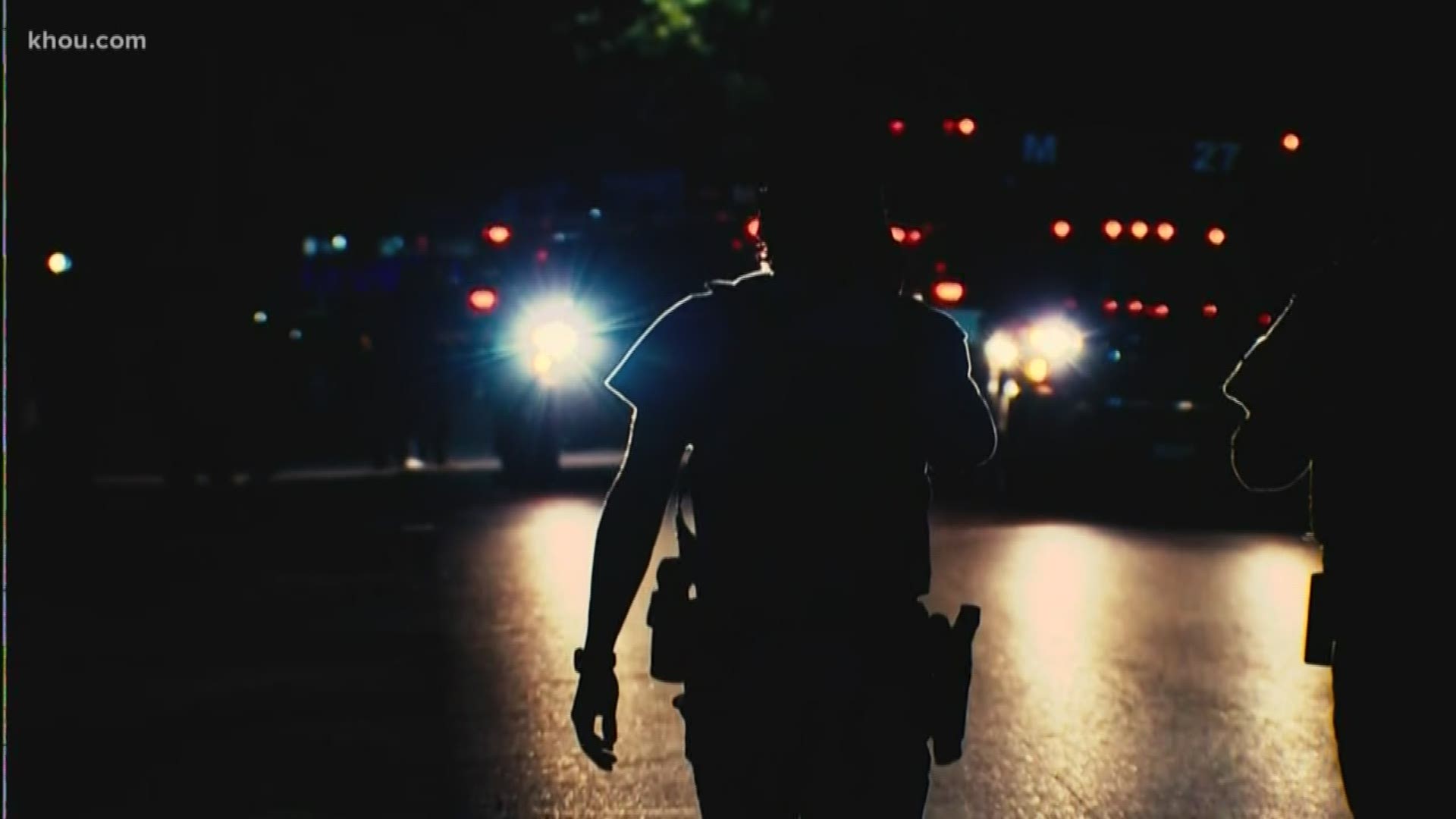 HOUSTON — In a bombshell development, the undercover cop who led a drug raid that ended with a deadly shootout last month is now the target of a criminal investigation.

"That’s totally unacceptable. I’ve told my police department that if you lie, you die," Acevedo said. "When you lie on an affidavit, that's not sloppy police work, that's a crime."

The case agent and three other HPD undercover officers were shot during the raid on Harding Street. Homeowners Dennis Tuttle and Rhogena Nicholas were killed in the shootout.

The case agent obtained a search warrant to conduct the no-knock raid on Jan. 28 after he swore a confidential informant bought heroin at the home the night before. He said the informant told him he saw a 9mm handgun and a large amount of heroin in the house.

Turns out, there never was a drug buy at the house or an informant who saw a large amount of heroin and weapons.

When detectives with HPD’s Special Investigations Unit interviewed the veteran case agent at the hospital, they asked for the name of his informant.

The officer wasn't able to talk, but he wrote down the name of an informant he said bought the heroin. Investigators then interviewed that informant, who told them he wasn’t involved in a drug buy on Harding Street. He also said the case agent sometimes paid him for work he didn’t do, according to the affidavit. 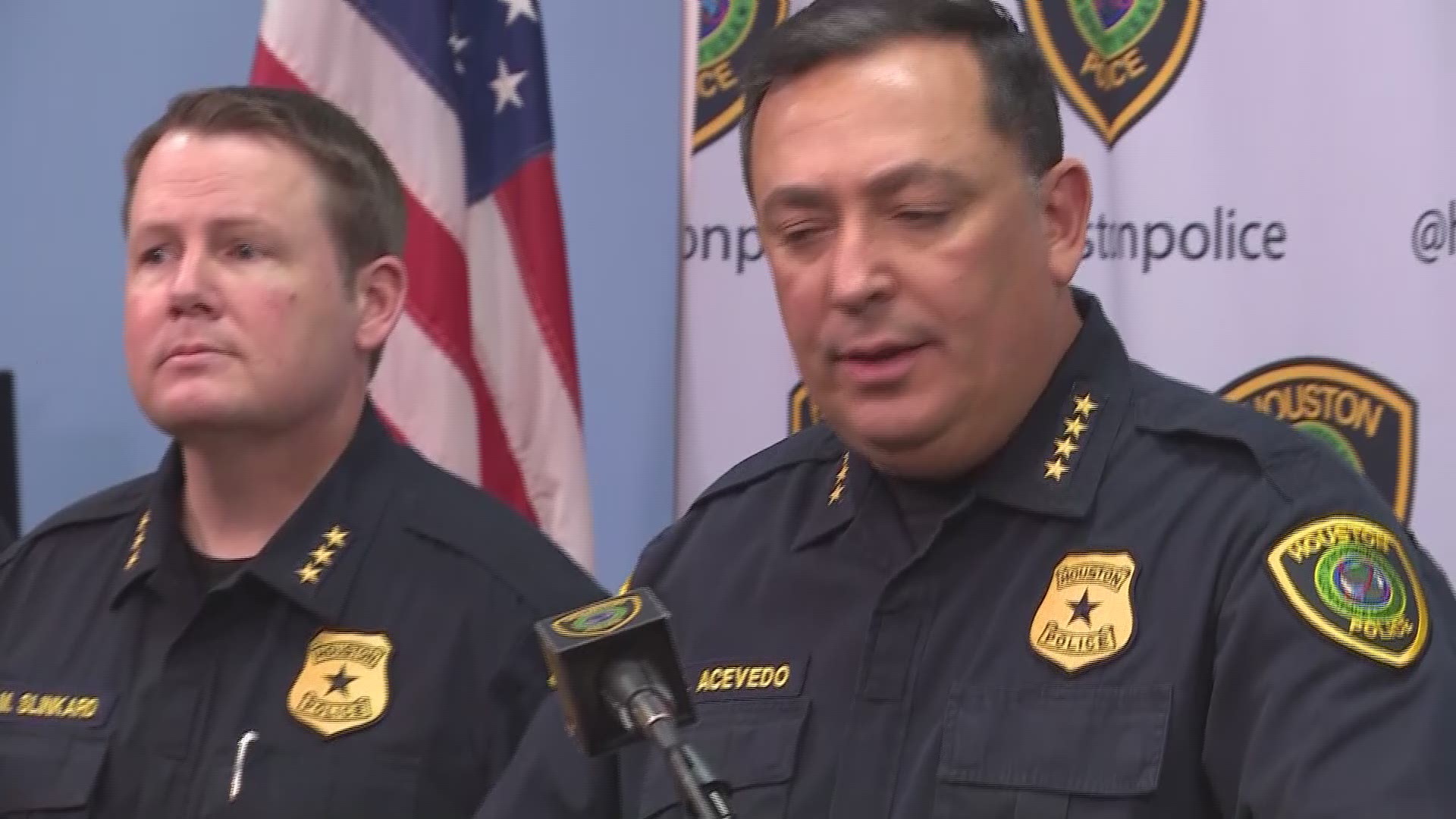 Both informants named, along with all other informants the case agent had worked with in the past, were shown photos of Tuttle and Nicholas and their home. None recognized the couple or the home, according to investigators.

"If these allegations are true, it is certainly concerning and disturbing," said Houston Police Union President Joe Gamaldi. "But I want the public to know this does not reflect the hard work of the men and women of the Houston police department."

Chief Acevedo said the Special Investigations Unit will take a look at all the cases this cop has been involved with to make sure they were clean busts.

Questions have been raised about another officer involved in the raid. He was relieved of duty earlier this month. 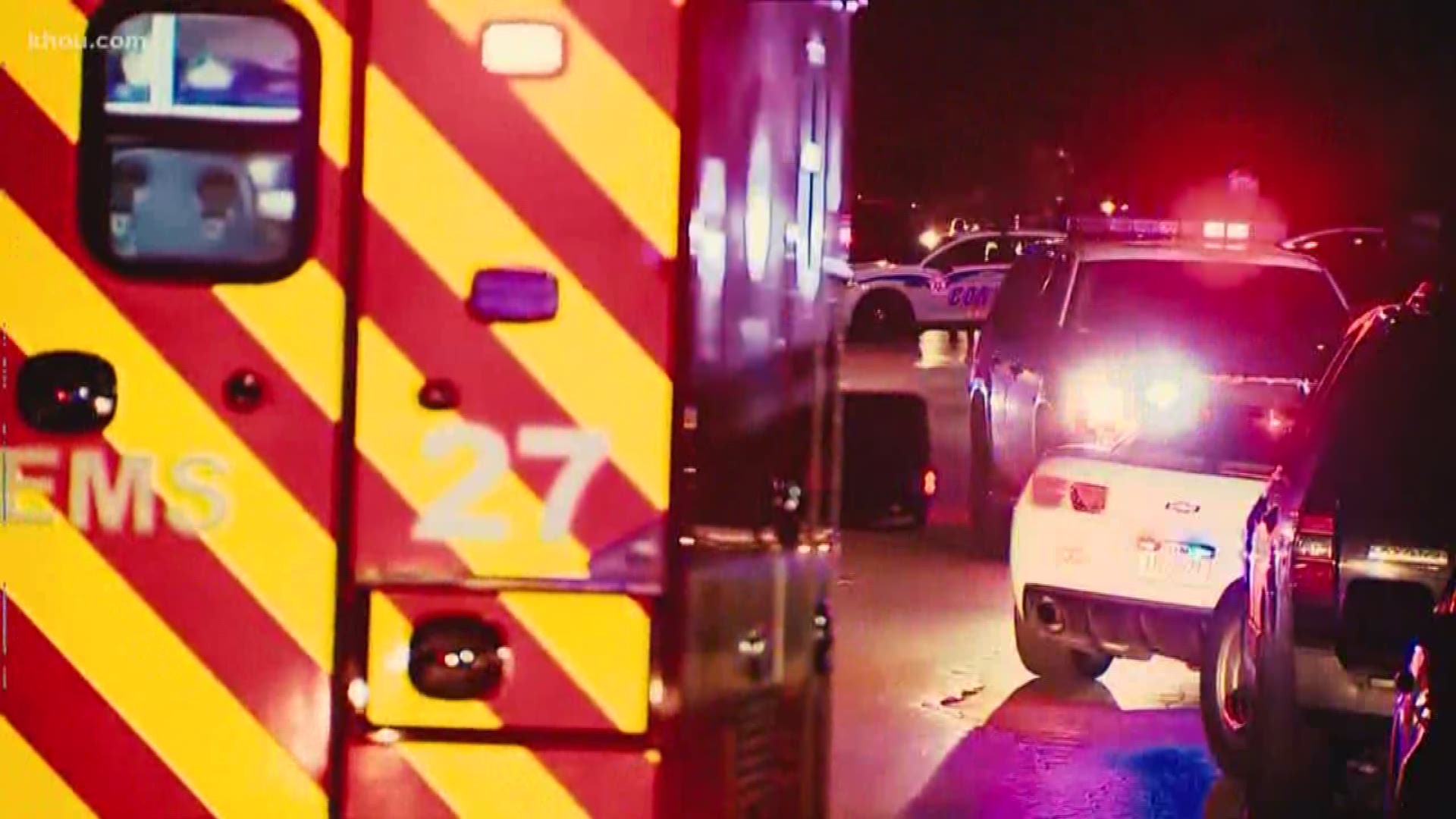 Investigators are looking at both officers’ cell phone records and computer files.

“I told the public two weeks ago that we would leave no stone unturned, and we will get to the good, the bad and the ugly, Acevedo said.

He said there are "a lot of pissed off cops" in his department because bad cops make it difficult for the rest of them to do their job each day.

"We have 5,200 officers and I would ask that no one paint our department with a broad brush … because of the actions of an individual or individuals."

KHOU 11 News is not identifying either officer being investigated because they are undercover and they haven't been charged.

The case agent remains hospitalized at Memorial Hermann with a gunshot wound to the face. The 54-year-old veteran had been shot twice before in his career.

One other critically injured officer remains in the hospital.

RELATED: HPD Chief on deadly raid: 'We will...get to the truth'

RELATED: Chief Acevedo: No truth to these ‘crazy conspiracy theories’