Police believe this suspect stole controllers from other GameStops and tried to return them at other stores. 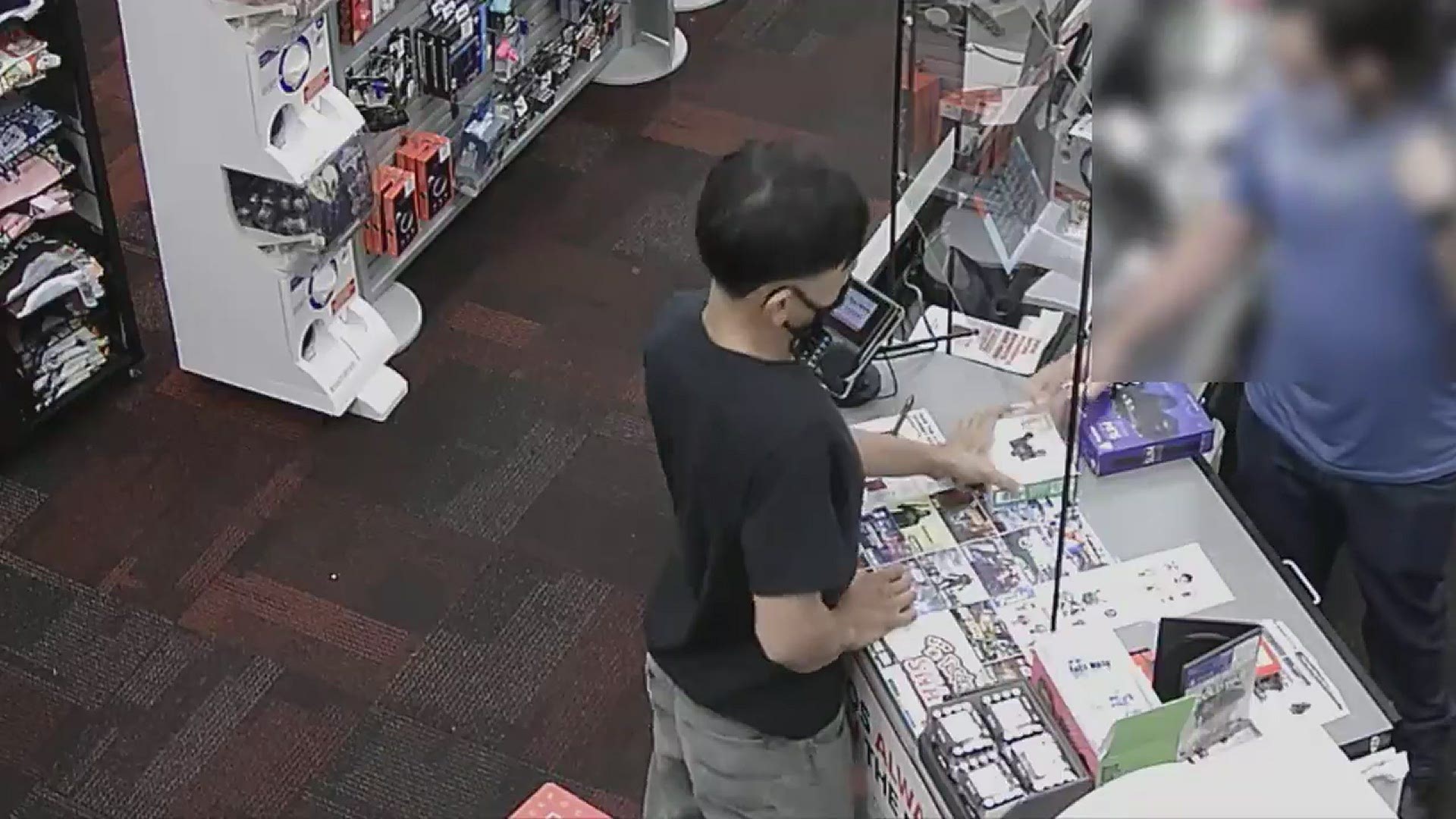 HOUSTON — Houston police and Crime Stoppers are hoping someone can help them identify a man who stole controllers from a GameStop in southeast Houston.

Investigators said on Nov. 6, at about 6:50 p.m., an unidentified man walked inside the GameStop located at 10013 Almeda Genoa and asked an employee about an Xbox controller.

The employee then grabbed a controller from the shelf behind him and while he was holding it, the man snatched it from his hand and then ran out of the store with several more items.

Surveillance video shows another employee running after the suspect who police said got into an older model red Pontiac Vibe.

Police believe the suspect is the same guy who stole controllers from another GameStop on Gulfgate and then attempted to return them at other stores.

He is described as an Asian man who is at least 23 years old. He is about 5 feet 11 inches tall and weighs approximately 170 pounds. During the robbery on Nov. 6, he was wearing a black shirt, gray pants and had on sandals.

Suspect wanted in a theft from person (robbery) that occurred on Nov. 6 at the @GameStop located at 10013 Almeda Genoa. If you know the identity of this male, please call @CrimeStopHOU 713-222-TIPS w/info. See story-->https://t.co/18RnT23eb5 @houstonpolice pic.twitter.com/UbTLXd1Qg3