HPD: Suspect in murders of parents, child now charged in carjacking that happened right before the murders

Houston police say Xavier Davis stole the Jeep Compass he used as his getaway car an hour before he killed a couple and their 6-year-old daughter. 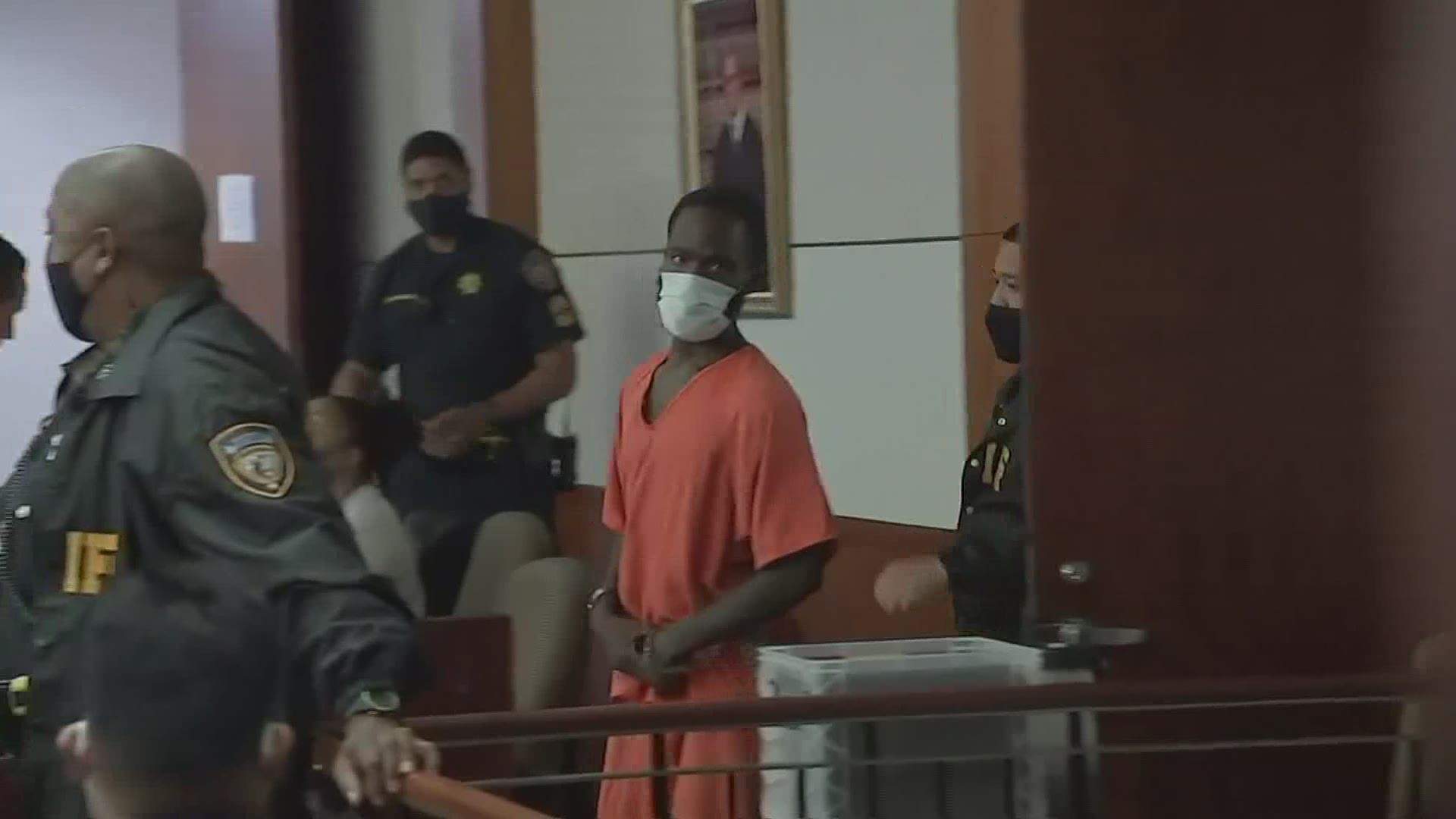 HOUSTON — New charges have been filed against the suspect charged with killing a southwest Houston couple and their 6-year-old daughter on June 30. The victim's 10-year-old daughter was also shot and critically wounded.

Editor's note: The video in this story originally aired on July 6.

Now, he faces an additional charge of aggravated assault with a deadly weapon. Houston police say Davis stole a Jeep Compass an hour before he killed 6-year-old Harmony Carhee, 35-year-old Gregory Carhee and 29-year-old Donyavia Lagway. The vehicle was stolen at gunpoint in the 10,000 block of Larkwood and Davis used it as his getaway car after the murders in the 12100 block of Fondren, according to HPD.

He was being held on a $1 million bond, but he judge revoked it Tuesday -- at least until all of the cases can be combined.

“I think that based on the severity of the charges and based on the facts in this case, I was anticipating that he would be held at no bond and expected that from Judge Warren, and I believe ultimately he made the right decision,” Chandler Raine with the Harris County District Attorney's Office said.

“In many cases, capital cases are without a bond until lawyers get adjusted to the case and find out what the facts are and what’s going on with the case, a person’s background, things like that,” Davis' lawyer Casey Keirnan said.

Davis was already in jail on an unrelated family violence charge when detectives linked him to the triple murder case.

Davis’ next court date has not been set.

Xavier Davis is charged with three counts of capital murder in the shooting deaths of Harmony and Gregory Carhee and Donyavia Lagway.