Krysten Wiist said she believes she would have died in front of her daughter that night if she hadn’t fought back. 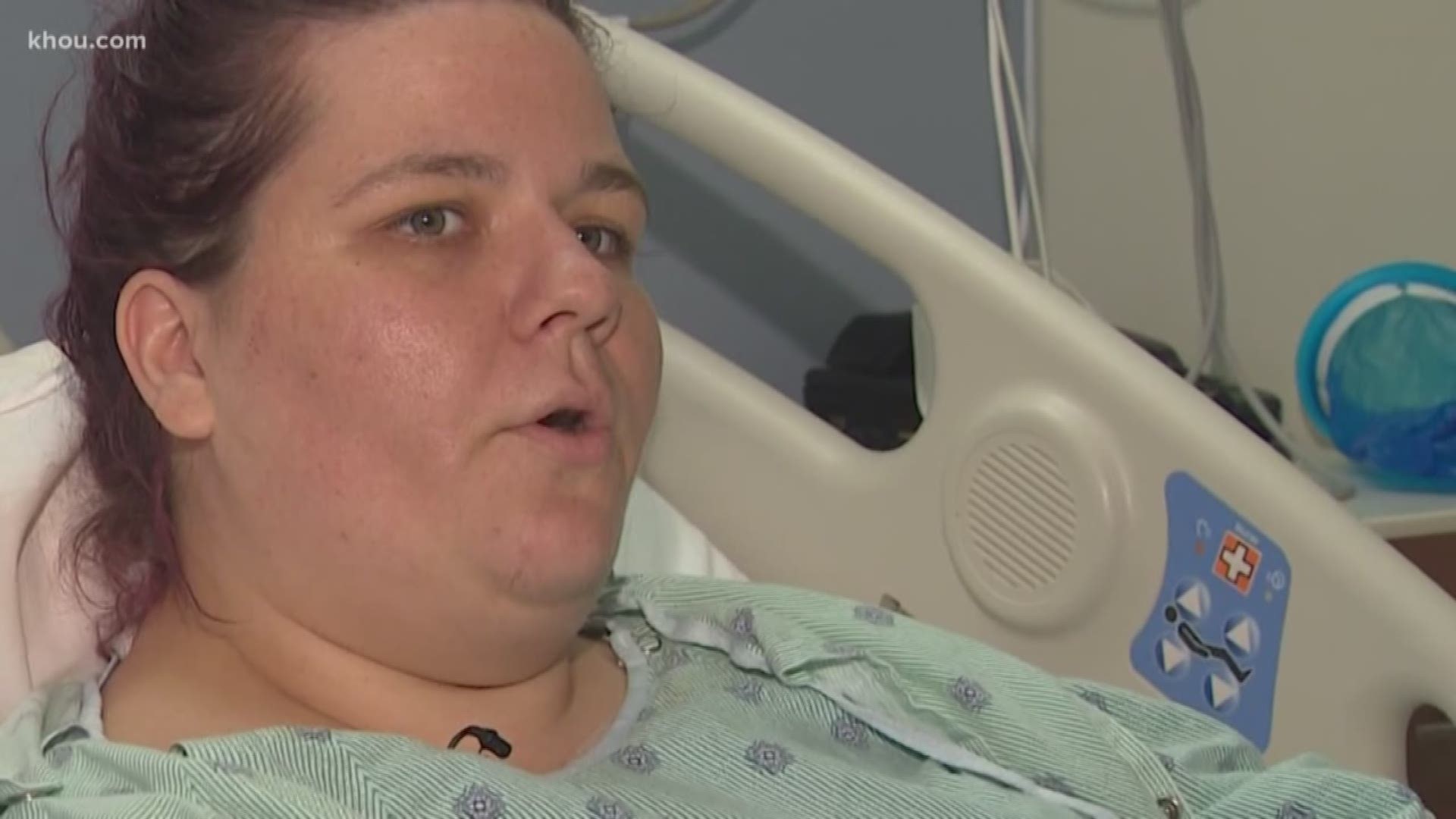 HOUSTON — A northwest Harris County mom shot during a home invasion on Monday night is opening up about her terrifying ordeal.

Krsyten Wiist suffered gunshot wounds to the chest and hand fighting off an intruder who barged into her apartment.

All of this went down in front of her 4-year-old daughter.

In an exclusive interview from inside her Ben Taub hospital room, Wiist said she believes she would have died in front of her daughter that night if she hadn’t fought back.

“Sleep is hard right now," she said. "Close my eyes and I think about what happened."

Wiist said she was about to put her daughter to sleep when she walked pass the front door and there was a knock.

“I know that’s a huge question. Why did you answer the door,” Wiist exclaimed. “Well, I answered the door because the person knocked just like my neighbor. It wasn’t him. It was somebody I’d never seen before.

“He said, ‘Yo, this is a robbery and you’re going to give me everything that you have or I’m going to shoot in front of your daughter and you don’t want that.’

“My daughter’s right there so I charged after him, after his hand that he had the gun in, and with his other hand he knocked me on the ground and he shot at me and it went right pass my head. And I was like he’s going to shoot again I’m going to try and stop him and that’s when he shot me in chest. And he shot me again and I tried to block it and it got my thumb.”

Wiist said the suspect ran away.

“He kept telling me to sit down and sit down and I knew if I sat down that was going to be the end of me,” Wiist said.

“My daughter stood there watching it and as I’m bleeding she’s freaking out because she’s got blood on her underwear… because somebody who is four years old should never have to, never see their mom get gunned down. I thought I was going to die in front of her and that is just hard to deal with.” Wiist said holding back tears.

Wiist said the fight isn’t over because that suspect is still out there.

Anyone with any information on this incident or the suspect is urged to call Crime Stoppers at 713.222.TIPS.

She plans to get her daughter counseling to help her deal with the trauma of what she saw.

She hasn’t seen her kids since the shooting but they’ll be reunited on Wednesday night when they finally get to visit her in the hospital.