Chief Acevedo: Wounded HPD officer was shot with his own gun while struggling with suspect

The Houston police officer was shot three times late Thursday while trying to arrest a suspect in a violent crime spree. 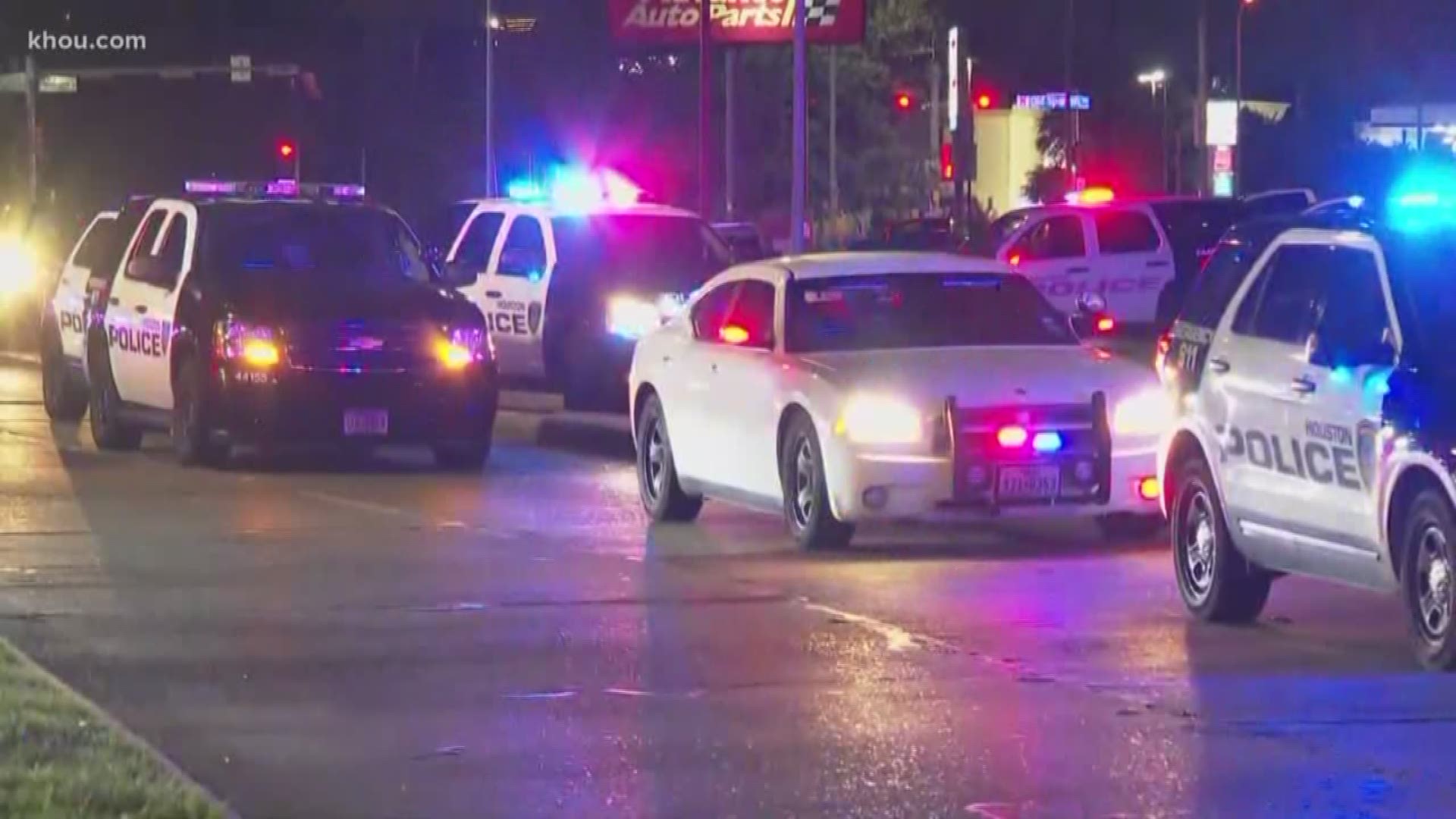 HOUSTON — A Houston police officer is recovering from three gunshot wounds to the chest after being shot during a struggle with a suspect.

HPD Chief Art Acevedo said Friday that the 29-year-old officer was shot with his own gun after the suspect grabbed it.

The officer's partner heard him scream, confronted the suspect and shot and killed him.

The officer is recovering from multiple surgeries at Memorial Hermann Hospital.

"Thank you for all the continued prayers for our officer," the chief  tweeted overnight. While the investigations continues, we are hopeful as to our officer’s condition."

The shooting happened around 10:30 p.m. Thursday at Scott and Tristan in southeast Houston.

Two more suspects are in custody but a third remains on the loose.

Acevedo said the shooting started after a series of violent acts involving the four suspects.

The first happened just before 10 p.m. Thursday at a Valero station in the 5800 block of Scott Street. Police said the suspects took a 2003 Chevrolet Tahoe at gunpoint.

The driver of the Tahoe was gassing up when he was approached by the carjackers. He advised them that the SUV was on fumes and it was not a good vehicle to take.

The carjackers ignored him and the SUV ran out of gas in the 6200 block of Tierwester. That's where they abandoned the Tahoe.

The suspects made their way to a church parking lot on Merribur Lane where they encountered a priest. Police said the priest told investigators he was on his knees praying the carjackers would not hurt him when he heard them pull the trigger on a gun twice.

The gun didn't go off, police said. The suspects got frustrated and assaulted and robbed the priest, taking two cell phones from him.

The suspects then continued on their spree and carjacked a woman in an F-150 truck in her driveway.

Three minutes later, officers in unmarked units saw one suspect and gave the location to other units on Tierwester near a Chase bank and H-E-B store. Marked units arrived about a minute later, and a possible fourth scene involving the suspects occurred nearby on Odin Court.

The wounded officer chased one of them behind a house in the 3900 block of Tristan. His partner heard the officer scream and realized he'd been shot. He said the suspect pointed his firearm at him and that's when he shot him.

At a Friday morning press conference Acevedo said that the remaining suspect needs to turn himself in.