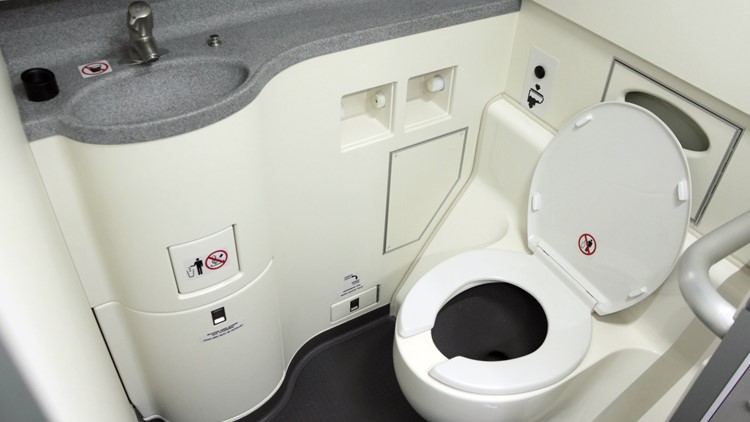 HOUSTON — A woman on a United flight from Houston to San Diego was horrified to find a recording device in the first-class bathroom.

The Houston woman said she noticed an item with a blue, blinking light hanging loosely near the cabinet. She took it down and gave it to the crew of flight 646.

United Airlines Corporate Security team confirmed it was a video recording device and turned it over to the FBI.

Investigators said the video showed a man installing the device in the United bathroom. His face wasn’t visible, but his clothing, shoes, watch and bracelet could be seen clearly. His blue shirt with the letters NJC on the back was easily identifiable, according to investigators.

Agents uncovered surveillance video of a man wearing similar clothing and jewelry as he boarded the May 5th flight.

Agents identified him as Choon Ping Lee, a Halliburton employee. The Houston company comfirmed Lee sat in first class on United flight 646 on May 5.

FBI agents said the video from the United flight also contained bathroom recordings from an Emirates first-class bathroom. Two women, including a flight attendant, were seen on that video.

Lee is charged with video voyeurism aboard an aircraft, a federal offense.