HCSO: Woman accused of opening fire on car with 5-year-old inside

Deputies say another adult and 5-year-old child in the victim's car were not injured. 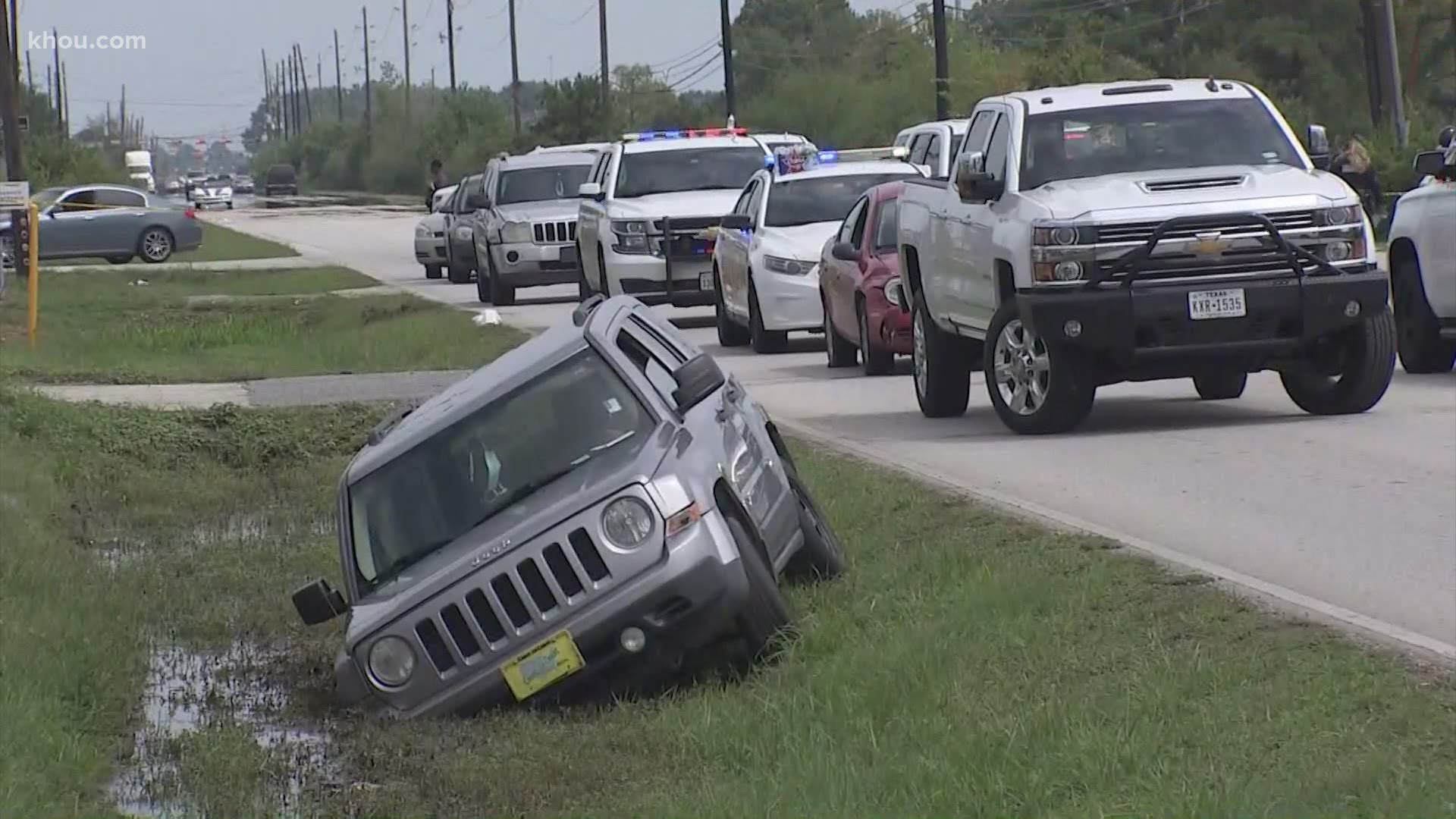 HARRIS COUNTY, Texas — A pregnant woman is facing charges after deputies said she opened fire on another woman driver during a possible road rage incident.

Michelle Daniels, 24, is charged with aggravated assault with a deadly weapon and evidence tampering.

This happened around 12:45 p.m. Friday in the 500 block of Rankin in north Harris County.

The Harris County Sheriff’s Office said deputies responded to a reported road rage shooting and found a woman shot once in the lower back. She was transported to Houston Northwest Hospital in stable condition.

She's since been released and is recovering at home.

Deputies said there were another adult passenger and a 5-year-old child in the red sedan who were not injured in the shooting.

Investigators said the incident started when a silver Jeep and the red sedan were involved in an incident at Beltway 8 and JFK. The vehicles bumped each other several times as they went down the road, investigators said.

When the vehicles got to Rankin Road, the Jeep stopped because of construction in the area. Investigators said that's when a witness saw the suspect with a gun open fire, striking the red sedan.

A third vehicle, a truck, was also caught in the line of fire. No injuries were reported from that vehicle.