Weeks after being followed and robbed leaving River Oaks Shopping District, Rosa Chu spotted her purse being sold on OfferUp. HPD undercover officers did the rest. 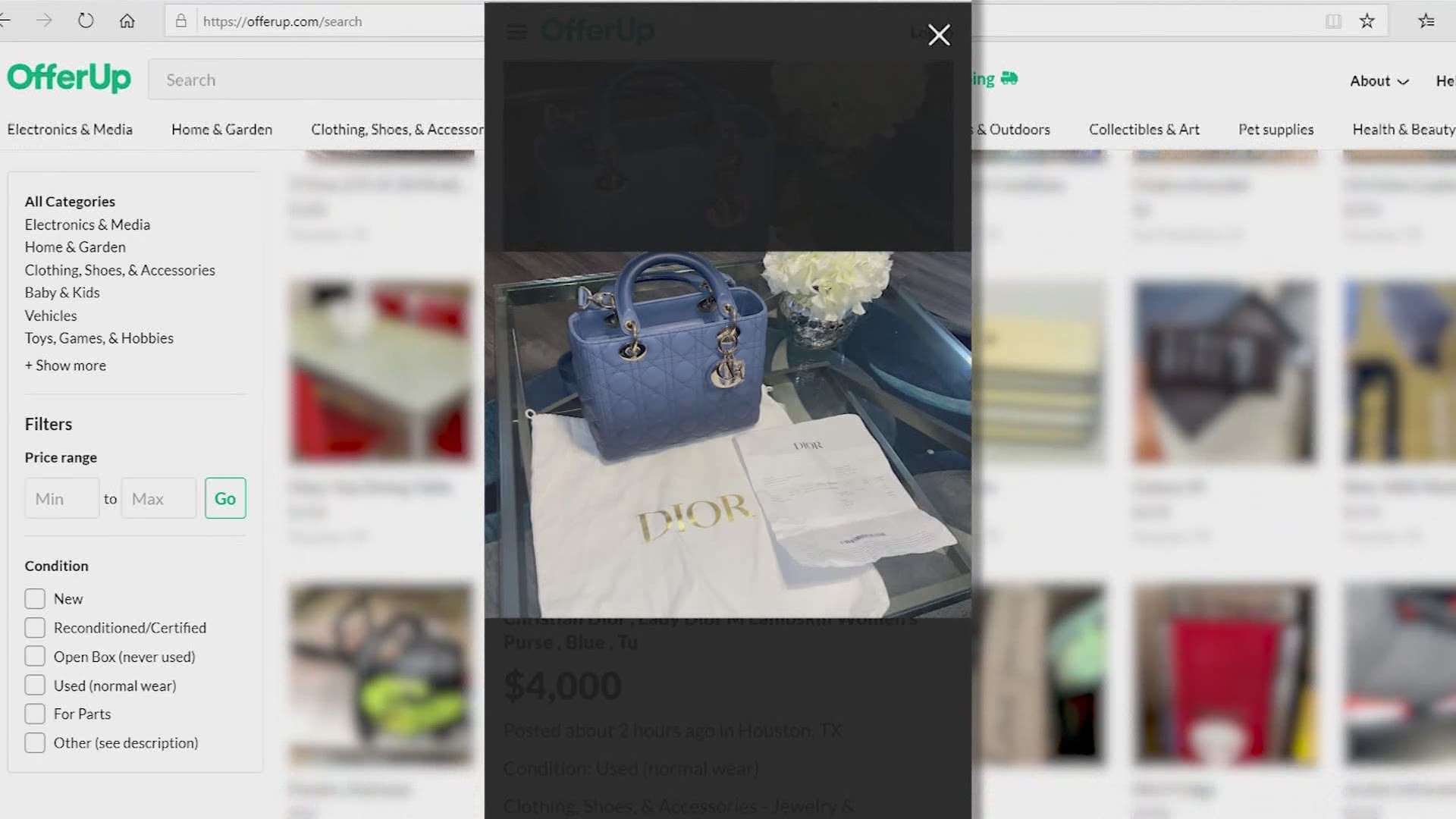 "You're almost afraid to go into these shopping centers again," Chu said.

On April 11, Chu and her husband walked into Dior at River Oaks Shopping District.

"We were just there for that one reason: to get this purse," Chu said.

"We weren't really paying attention if someone was watching us or if they were following us," Chu said. "We then drove straight to Nordstrom."

They valet parked their car at the Galleria and were inside Nordstrom for just under 45 minutes when they got the bad news.

"The first thing the valet tells us is hate to break it to you, but someone broke into your car, and right away I knew they took my bag," Chu said.

Weeks went by with no leads until last week when her friend stumbled on a post on a website called OfferUp. Someone was selling the exact same bag for $4,000, and they'd posted her original receipt, too.

She called HPD and officers set up a buy initially at a location off 610 and I-10 near the Galleria. A last-minute switch led officers to 288 and 59 to buy the purse.

"Their undercover met with the seller, a female, and the seller was with her two children," Chu said.

After the sale, police arrested Natash Pollard. She's now charged with felony theft. Chu got her purse back.

Chu told KHOU 11 the whole experience still has her shaken.

"They're not really just taking valuables. They're taking your sense of safety and peace of mind," Chu said.

She hopes this serves as a warning to other shoppers to be alert so they don't become the next target.

"I hope this leads to something bigger, I do," Chu said. "You cannot just do this and expect to get away with it."

Houston Police are still looking at possible connections to other suspects in similar crimes at both the River Oaks Shopping District and the Galleria.