Sheriff: Woman run over and killed during apparent robbery outside a McDonald's

The only details deputies have of the suspect is that they were driving a dark-colored Impala vehicle. 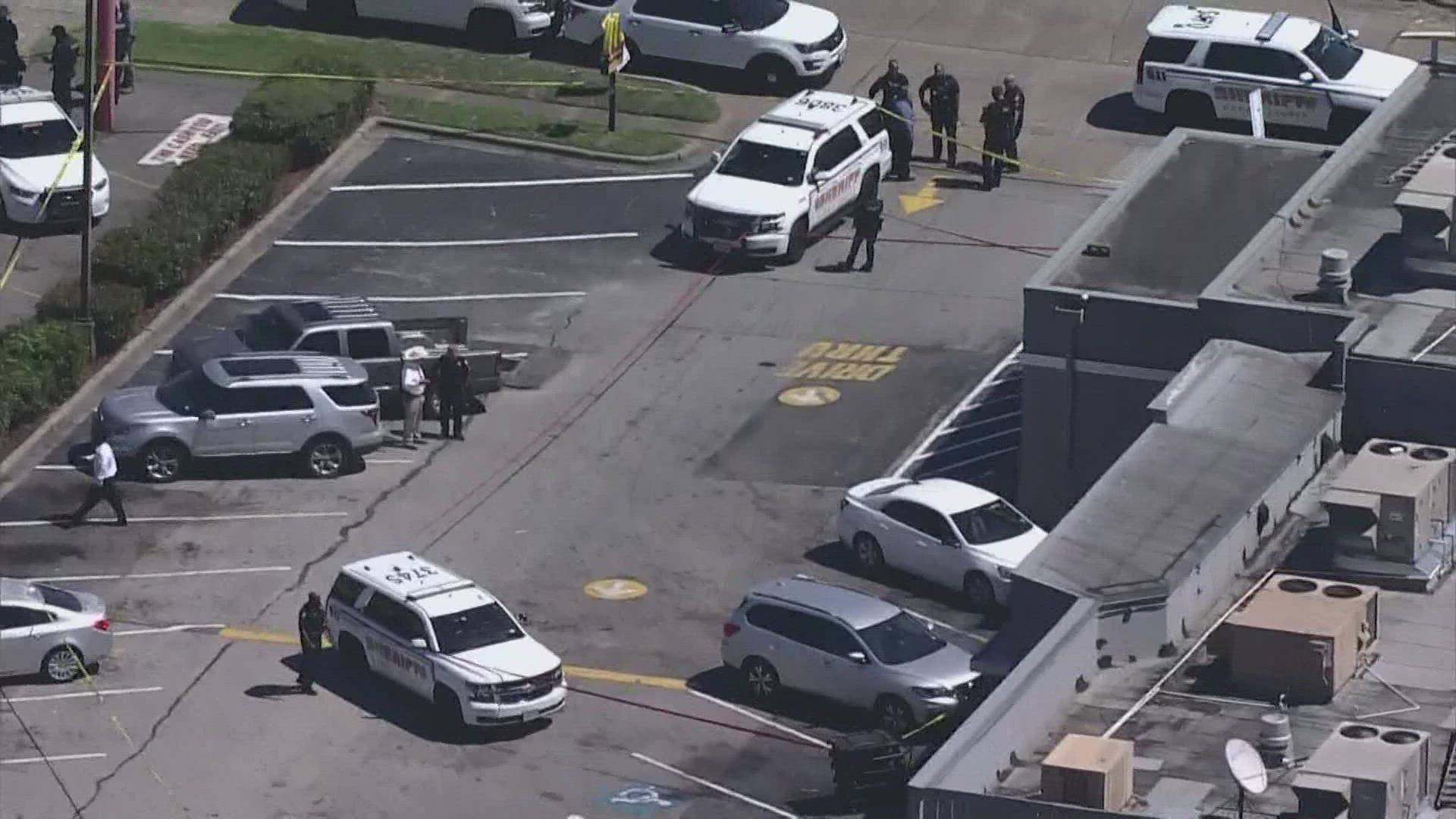 HARRIS COUNTY, Texas — A woman was run over and killed Thursday during an apparent robbery attempt outside a McDonald's restaurant in northeast Harris County, according to Sheriff Ed Gonzalez.

The suspect sped away from the scene in the 400 block of Uvalde Road, which is the Cloverleaf area.

Gonzalez says the woman, who is in her early 70s, had her purse snatched by a suspect or suspects who then hit her in a black Impala as they took off.

According to authorities, she was just leaving the restaurant after buying something to eat.

The woman was transported to the hospital, but didn't survive.

“This is someone’s loved one. This should not happen to anybody,” says Sheriff Gonzalez

Media briefing from @SheriffEd_HCSO on the shooting at 430 Uvalde Rd. in east Harris County.

“I mean really stealing a purse from an older person? Get a job!” the sheriff said.

And this is the latest tragedy in a recent spike in brazen crimes in Harris County to which Sheriff Gonzalez says enough is enough.

“This is not unique. This stuff is happening in many places,” he said. “I don’t know what’s going on in our city right now but it’s really sad.”

Authorities are asking for the public’s help. The suspect was seen fleeing in a black Impala described as having black rims.

If you have any information, you’re being used to contact Crime Stoppers at 713 222-TIPS.

BREAKING | This is the scene outside of a McDonald’s on Uvalde Rd. where a woman run over and killed during apparent robbery outside fast-food restaurant.

Awful incident. @HCSOTexas units responded to a fast-food restaurant parking lot at 430 Uvalde Rd. Preliminary info: an older adult (female) was possibly robbed of her purse and the suspect allegedly ran over the female as he fled the scene. The female was transported to the pic.twitter.com/VVx1wyWFzw