Video: HPD searching for suspects who followed woman from bank, stole purse when she parked

Police said the suspects, who were driving a black Cadillac, followed the woman from a bank and then broke her passenger window to steal her purse when she parked. 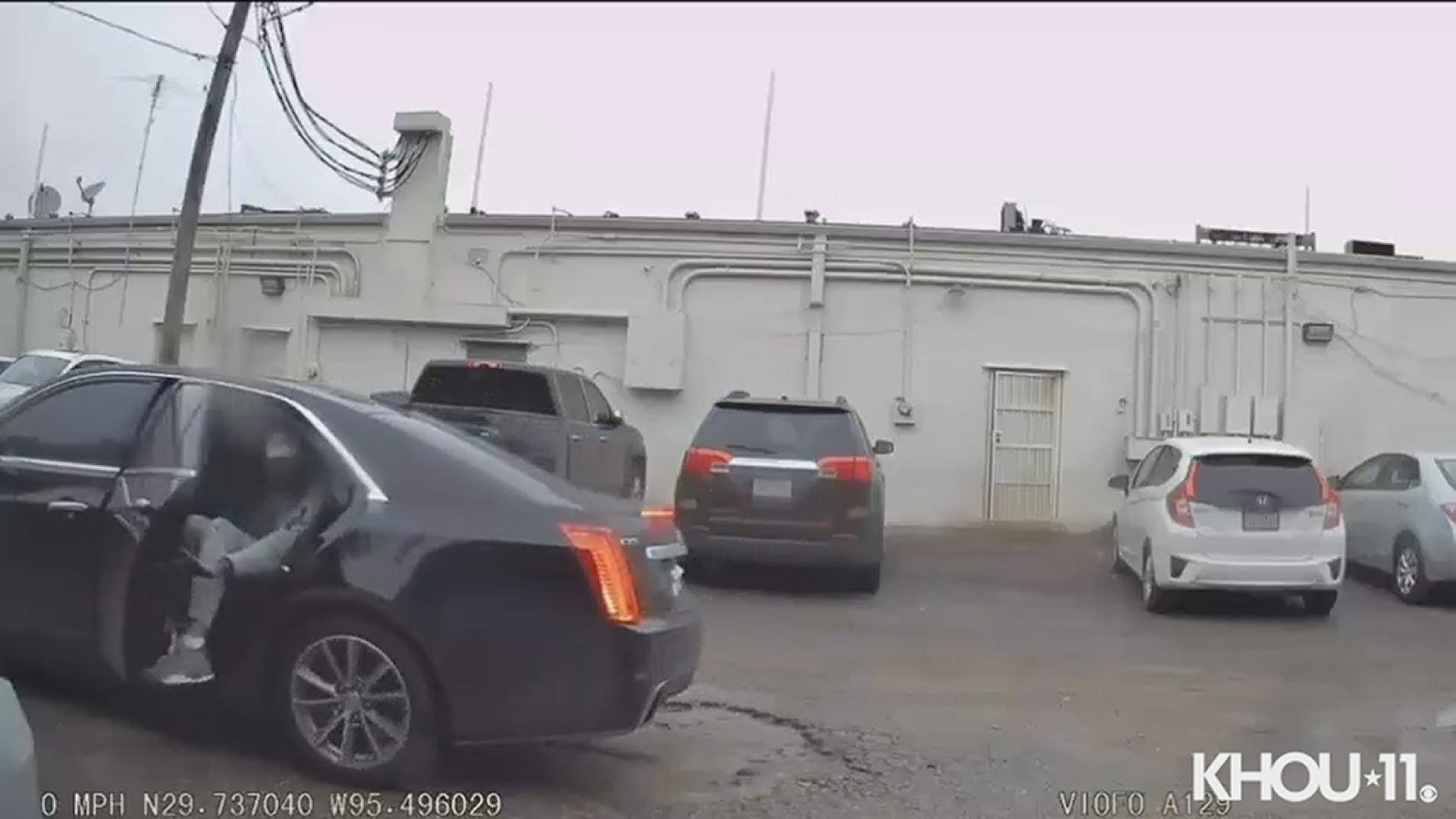 HOUSTON — Houston police are hoping the public can help them identify suspects they said violently robbed a woman earlier this year.

On April 16, at about 3:20 p.m., Houston Police Department investigators said a woman was followed from a bank in the 8300 block of Westheimer Road to a parking lot in the 6300 block of Westheimer. When she parked, according to police, a man got out of a black Cadillac, broke her passenger window and snagged her purse.

RELATED: Watch your back! Houston police say 'jugging' is on the rise and thieves are getting more violent

Police said the woman struggled with the man, but he eventually gained control of the purse and jumped into the back seat of the black Cadillac, which had paper plates.

The robbery was caught on video because the victim's vehicle was equipped with cameras.

The victim described the suspect as being a Black man who was wearing a gray hoodie, gray pants and white or gray shoes.

Anyone with information about this crime is asked to call Crime Stoppers at 713-222-TIPS (8477) or submit a tip online at www.crime-stoppers.org or through the Crime Stoppers mobile app.

Vehicle with camera system captures robbery (jugging) incident at the 6300 block of Westheimer on Apr. 16. Suspects make a quick get-away, but not before one of them is captured on camera. Recognize him or the vehicle? Call @CrimeStopHOU. Story at https://t.co/eJba6a65Qx pic.twitter.com/UPH5CUmWwr