'Why would they do something so horrible?' | Family of grandmother run over by purse snatcher pleads for help finding killer 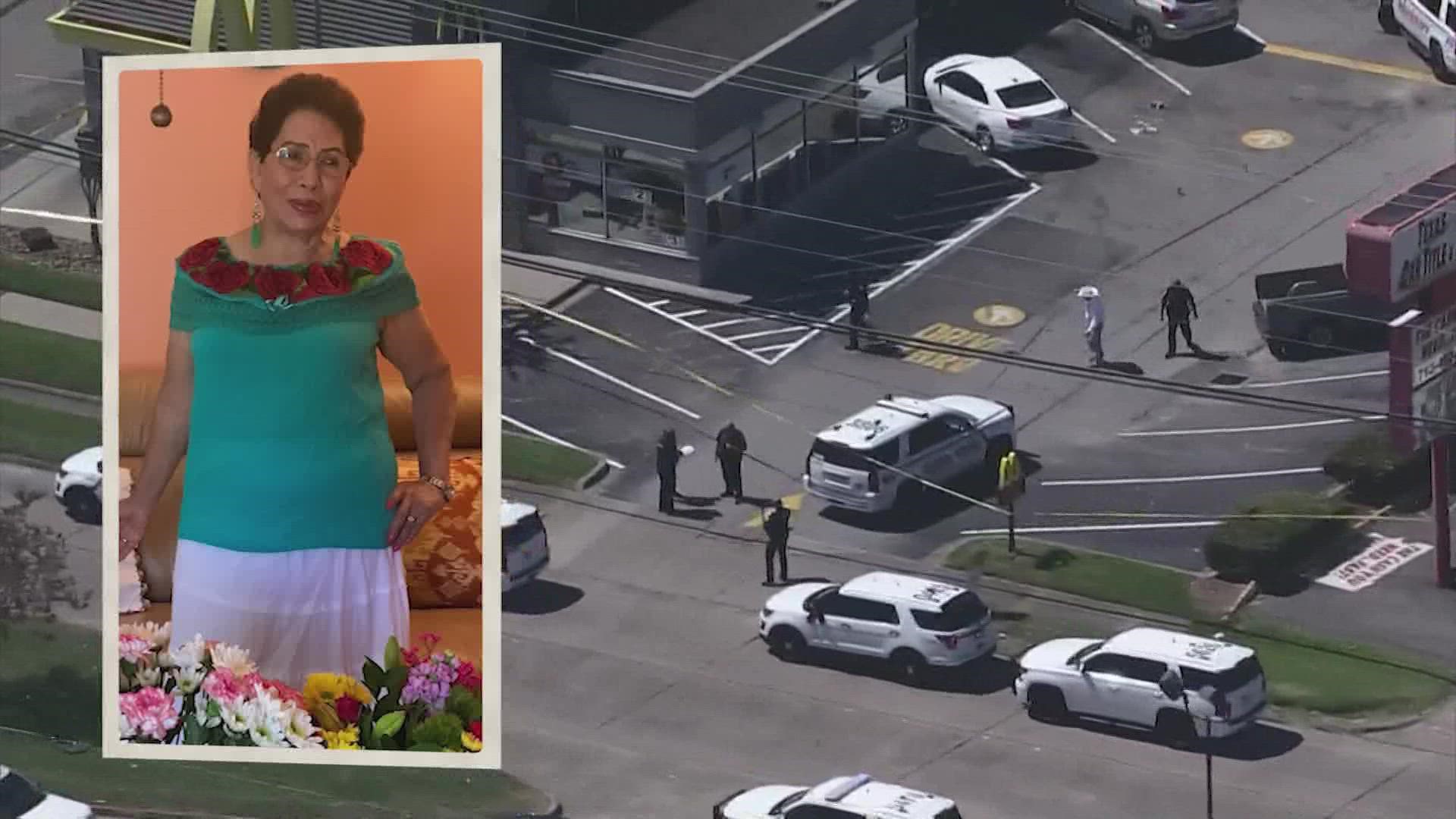 HOUSTON, Texas — It had been two weeks since Evodio Medina last saw his wife, Martha, 71. He was visiting family in Mexico when he learned she’d been in an accident  Thursday in Houston.

Evodio took a bus straight home to be by her side. But when he got on Friday morning, he found out she was gone.

“She built a family for 42 years. They both built it together," Evodio said in Spanish.

“I miss her already. I miss her. I love her," Martha's daughter Liliana Medina said.

RELATED: Sheriff: Woman run over and killed during apparent robbery outside a McDonald's

Through tears and unimaginable pain, Martha's children tell us she was getting breakfast for herself and her daughter Thursday at an eastside McDonald's at 430 Uvalde Road.

“I noticed she was taking too long, and that’s when I decided to call her cell phone and the person that picked up was an employee from McDonald's," Martha's daughter Lourdes Medina said. “She told me, 'You need to hurry up, there’s been an accident.'"

But it wasn’t an accident.

“Why would they do something so horrible?" Liliana said.

According to the Harris County Sheriff's Office, Martha was outside the McDonalds, when someone snatched her purse and then ran over her with their car and killed her.

“It hurts. It hurts because it wasn’t her time," Lourdes said.

Now the family has one request.

“We want your help and support to find these criminals. It’s not fair that they’re walking free," Lourdes said.

“If you know something that would be helpful, turn the guy in. Today it’s my mom. Who knows tomorrow?" Adrian said.

"It's not fair that they're walking free." A family in unimaginable pain. Their mom, Martha, was robbed and ran over yesterday while grabbing breakfast at McDonalds. The driver took off. If you have info on what happened, call @HCSOTexas. Hear more from the family on @KHOU at 6. pic.twitter.com/wsjwAKqVyA

Authorities are asking for the public’s help. The suspect was seen speeding away in a black Impala with black rims, according to witnesses.