Police say Wright was arrested on outstanding warrants from Galveston after she refused to wear a mask in a Texas City Office Depot. 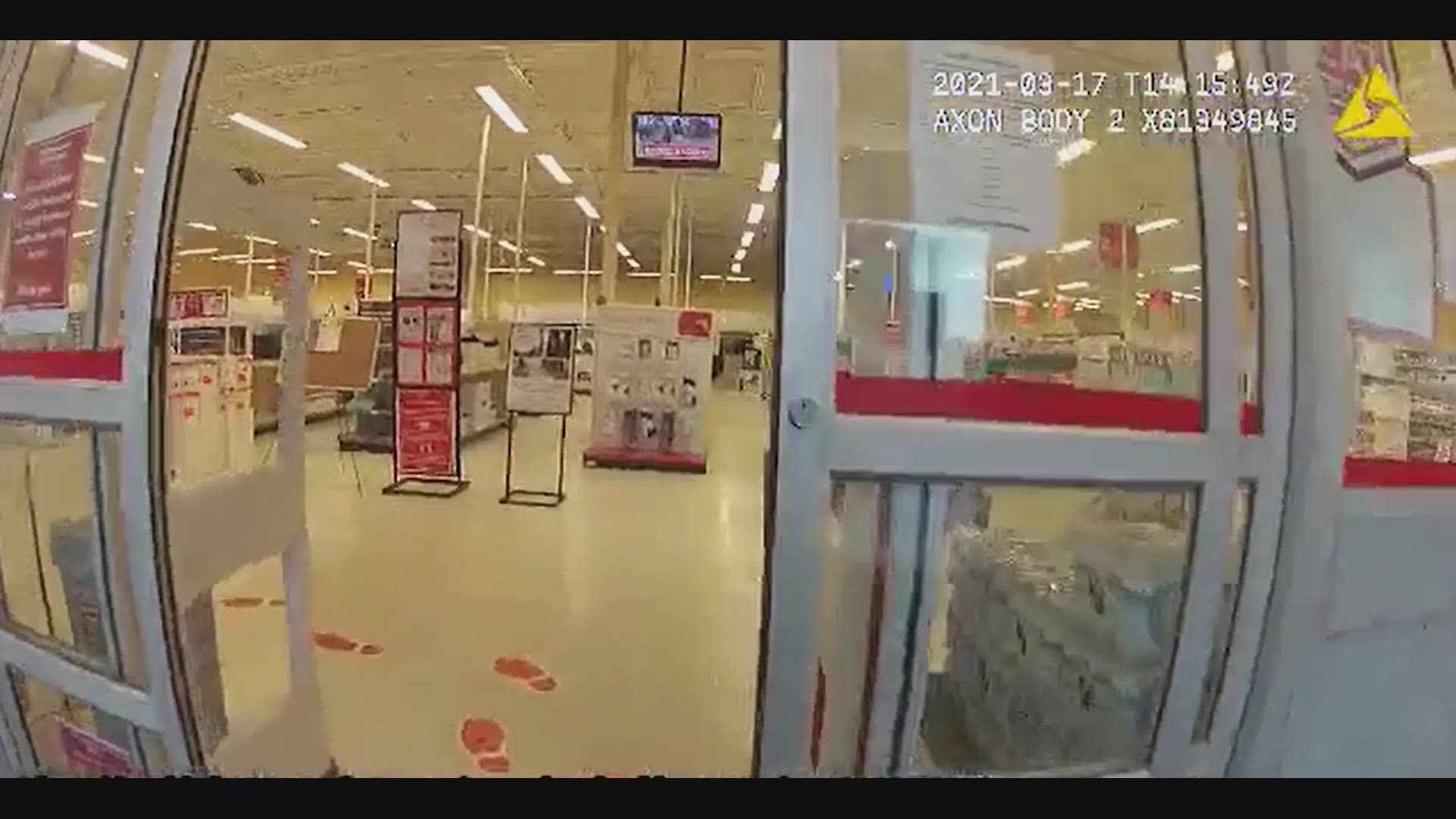 TEXAS CITY, Texas — An Oregon woman who made national headlines after refusing to wear a mask in a Galveston bank was arrested in Texas City Wednesday morning.

Texas City police say Terry Lynn Wright, 65, was taken into custody after a similar mask standoff at an Office Depot there.

Employees at the store on Emmett F Lowery Expressway called police and said a customer who refused to wear a mask wouldn’t leave the store.

Officers recognized Wright from the Galveston incident and arrested her on outstanding warrants there for resisting arrest and criminal trespass.

No additional charges were filed in the Texas City incident.

Last week, A Galveston officer’s bodycam recorded his confrontation with Wright inside the Bank of America on Central City Boulevard.

Wright: “The law says I don’t have to wear a mask.”

The officer tried to explain that Governor Greg Abbott's decision to lift the mask mandate doesn’t apply to private – or federal -- businesses.

He repeatedly asked her to go outside but she continued to argue as customers looked on.

Wright: “What are you gonna do, arrest me? … That’s hilarious.”

The officer again ordered her to leave.

Wright: “Are you serious?”

When he tried to handcuff Wright, she pulled away.

Wright: “This old lady is getting handcuffed here! … I hope someone is filming this.”

Officer: "I am filming this."

RELATED: Passenger kicks out METRO bus window after she was asked to wear mask

Wright continued to ignore orders to put her hands behind her back. When she tried to walk away, the officer forced her to the ground and handcuffed her.

Wright was taken to an area hospital after complaining her foot was injured.

She was treated for minor injuries at UTMB and released and a warrant was issued for her arrest.