Woman dies after robbery suspect drags her along street during carjacking, HPD says

Police said the suspect jumped in the woman's car and drove off, but she was caught in the seatbelt. 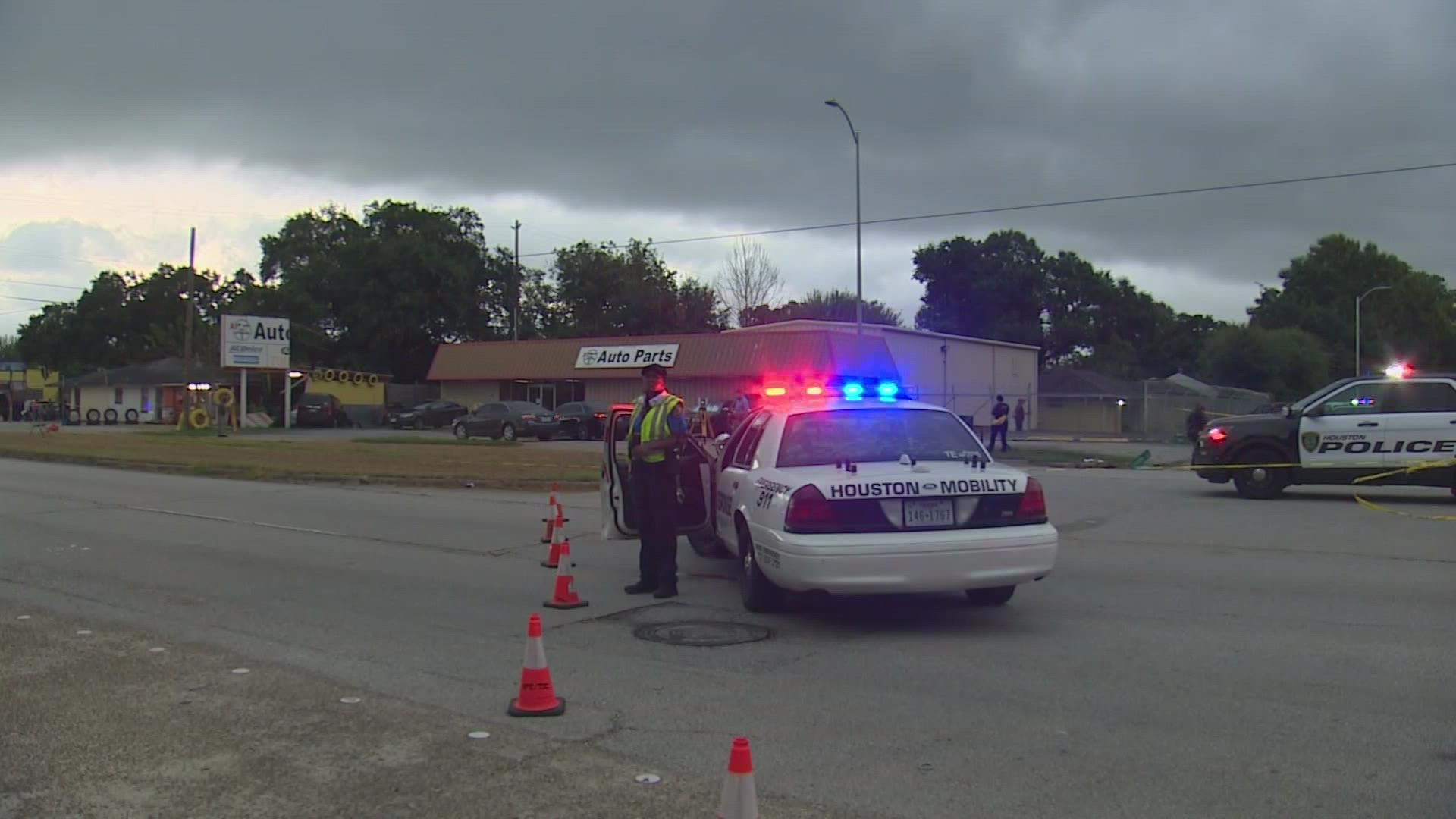 HOUSTON — A woman is dead after police say she was carjacked and then dragged by the suspect Tuesday afternoon on the northeast side.

Houston police responded to a robbery call just after 2 p.m. Tuesday in the 600 block of Uvalde Road. Police said a suspect went into an auto parts store and stole some items, including a cell phone.

According to police, employees tried to stop him, but he ran across the street to a church, where a woman was inside her car. Police said the suspect jumped in her car and drove off, but the woman was caught in the seatbelt.

"He struck numerous cars and objects and the vehicle came to rest, at which time he exited the vehicle and ran," HPD Capt. Belinda Null said.

"Unfortunately, she was deceased due to the accident and the fact that she was unable to get herself out of the vehicle due to the seat belt."

Officials said the woman was dragged four or five blocks, and the suspect hit six to seven other vehicles before he stopped.

Police said the woman, who we're told is in her 40s, died at the scene. The suspect — a man in his 50s — was taken into custody.