Investigators said a woman was helping a man in a wheelchair a street in the Heights when they were struck by a Chevrolet Cruze. 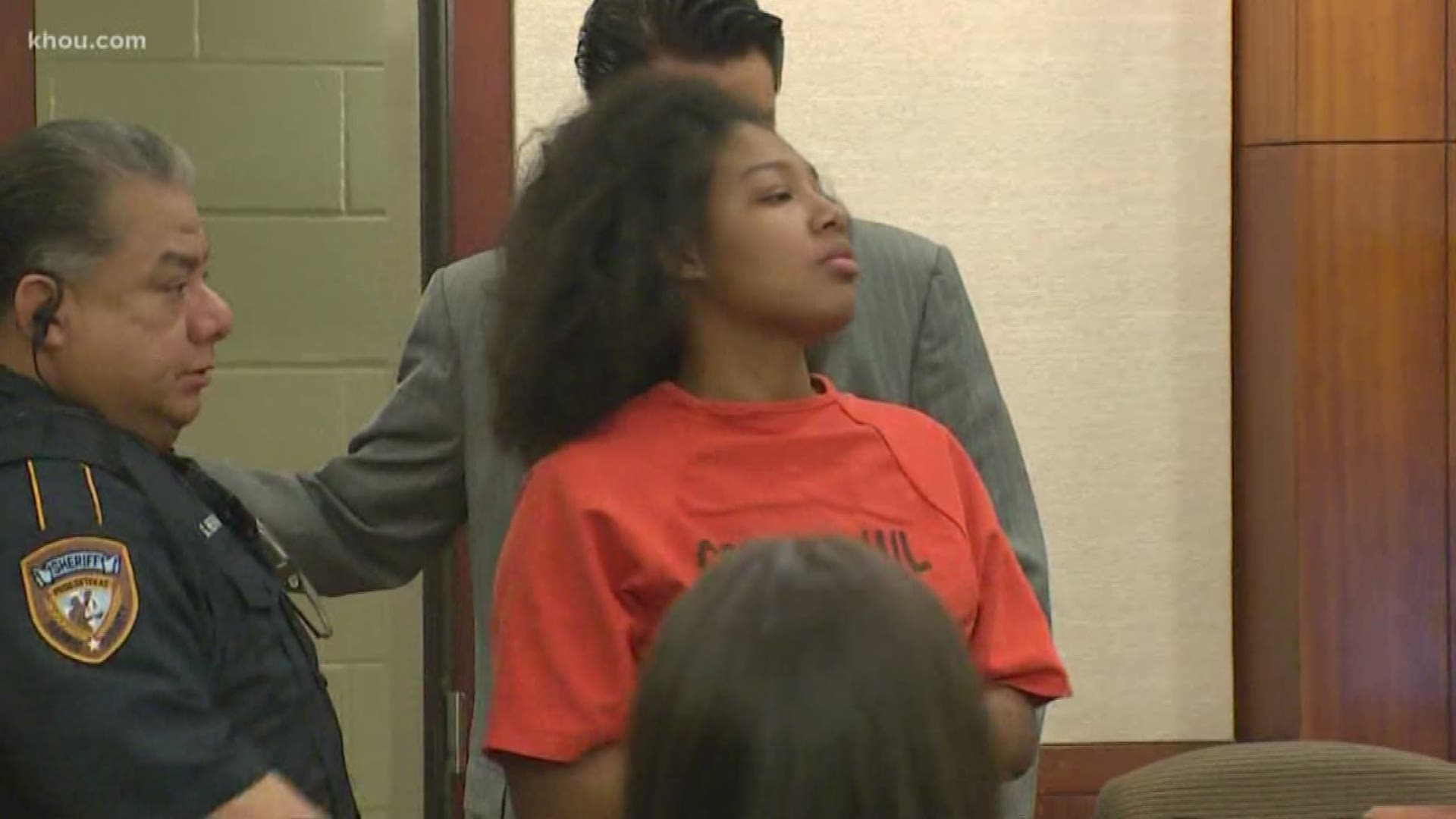 HOUSTON — A 20-year-old woman was in court Wednesday on charges in connection with a fatal hit-and-run crash that left two people dead in the Heights last month.

Jada Mimms is charged with two counts of failure to stop and render aid in the crash that left Jesus Perez, 64, and Lesha Adams, 55, dead in the 800 block of North Shepherd Drive, according to court documents.

Investigators said Adams was helping Perez, who was in a wheelchair, cross Shepherd Drive when they were struck by a Chevrolet Cruze.

They were both taken to local hospitals where they were pronounced dead. This happened on March 30 around 9:30 p.m.

RELATED: 2 pedestrians dead after hit-and-run crash in The Heights

Police discovered the suspect vehicle had initially left the scene of the crash, but had returned by the time officers had arrived, investigators said.

The driver, identified as Mimms, told police she was driving her vehicle when something hit her car, and she couldn’t see through the windshield anymore due to the damage. She said she stayed in the parking lot next to the scene, because she couldn’t drive her vehicle.

A passenger in Mimms’ vehicle, Jazman Brown, told police Mimms initially stopped her car and looked at the damage before driving to her grandfather’s home, court documents state.

The suspect’s grandfather, Norman Mimms, told police his granddaughter drove to his house after the crash. He said she wasn’t sure what she struck, but he advised her that she needed to return to the crash scene with her vehicle.

Investigators said Jada Mimms did not contact 911 or return to the scene of the crash after realizing she had struck something. Jada Mimms told police she stayed in the parking lot for 3 to 5 minutes, but she never mentioned going to her grandfather’s house.

Police said they spotted blonde hair in the windshield of Jada Mimms’ car which they believe would have been visible to her.

Based on the evidence police collected, video footage and statements from Brown and Norman Mimms, investigators said they believe Jada Mimms had been gone from the scene of the crash for about 30 minutes before returning.

Investigators said they believe Jada Mimms immediately left the scene and made no attempt to determine if anyone required aid.