A judge raised the bond to $25,000 for 26-year-old Lexus Stagg, who is charged criminal negligent homicide. 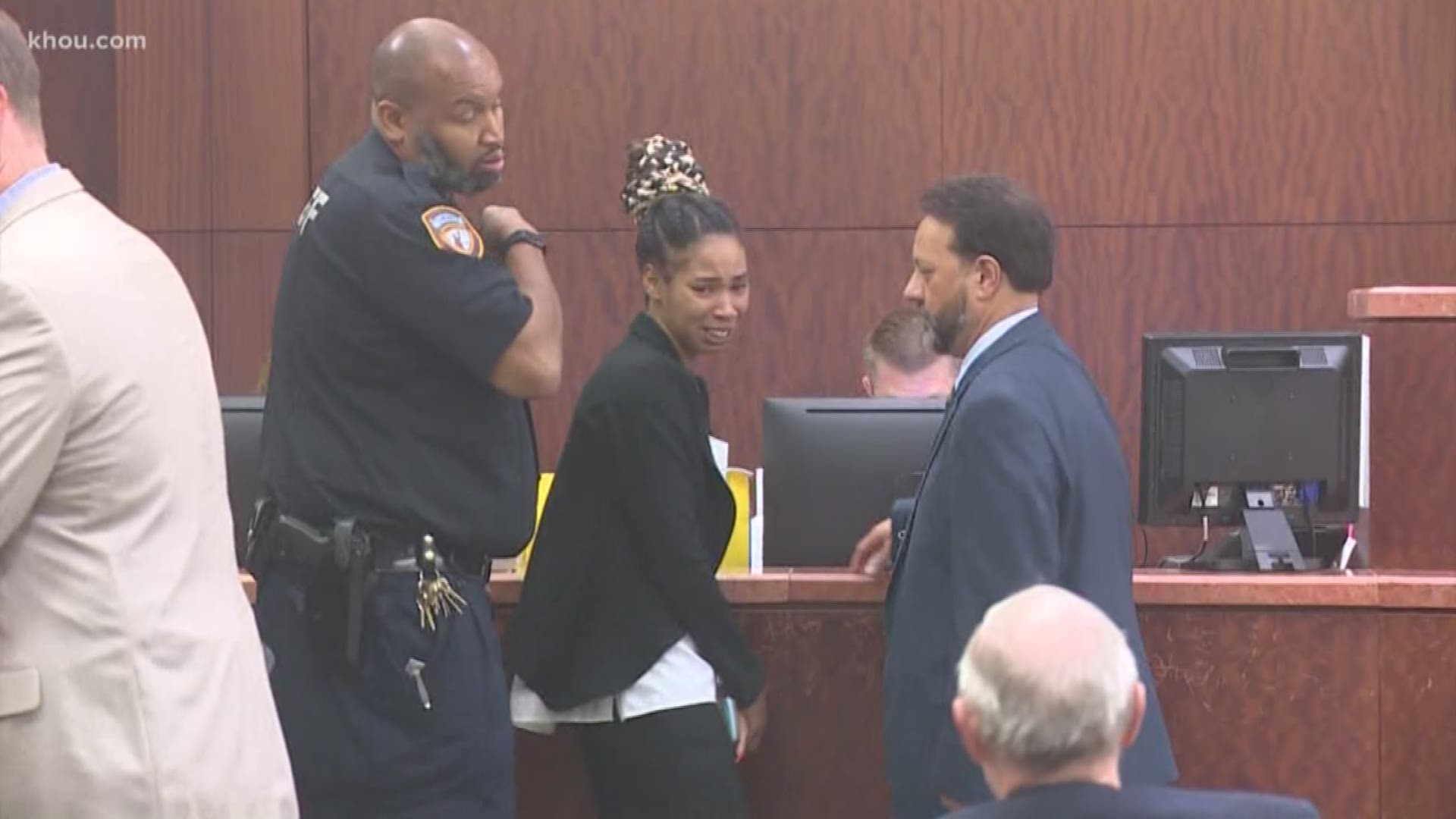 HOUSTON — Just days after bonding out, a woman accused of running over and killing her 3-year-old son with her SUV while playing a “game of chicken” is now back in custody.

Crying from the moment she stepped into the courtroom, 26-year-old Lexus Stagg made her first court appearance Monday morning.

A judge raised her bond to $25,000 after prosecutors argued her previous bond of $1,500 set by a magistrate judge had been too low for the crime she's being accused of.

Stagg is charged with criminally negligent homicide after prosecutors say surveillance video shows her driving towards her three kids and running over one of them with her SUV. This happened three weeks ago in their southwest Houston apartment complex parking lot.

“She truly played a ‘game of chicken’ with her 3-year-old, 5-year-old, and 2-year-old children,” Sean Teare, with the Harris County District Attorney’s Office, said. “That’s not okay, even if no one had been hurt, that’s not okay, this is the definition of endangering children, and this one had the worst possible outcome.”

Stagg was taken back into custody right after.

Part of her three bond conditions include no contact with her children, no driving and no drugs or alcohol.

A funeral has not yet been held for her 3-year-old son.