Court documents say Gov. Abbott opened the package, but it failed to explode because he didn't open it correctly. If opened correctly, says "it could've caused severe burns and death." 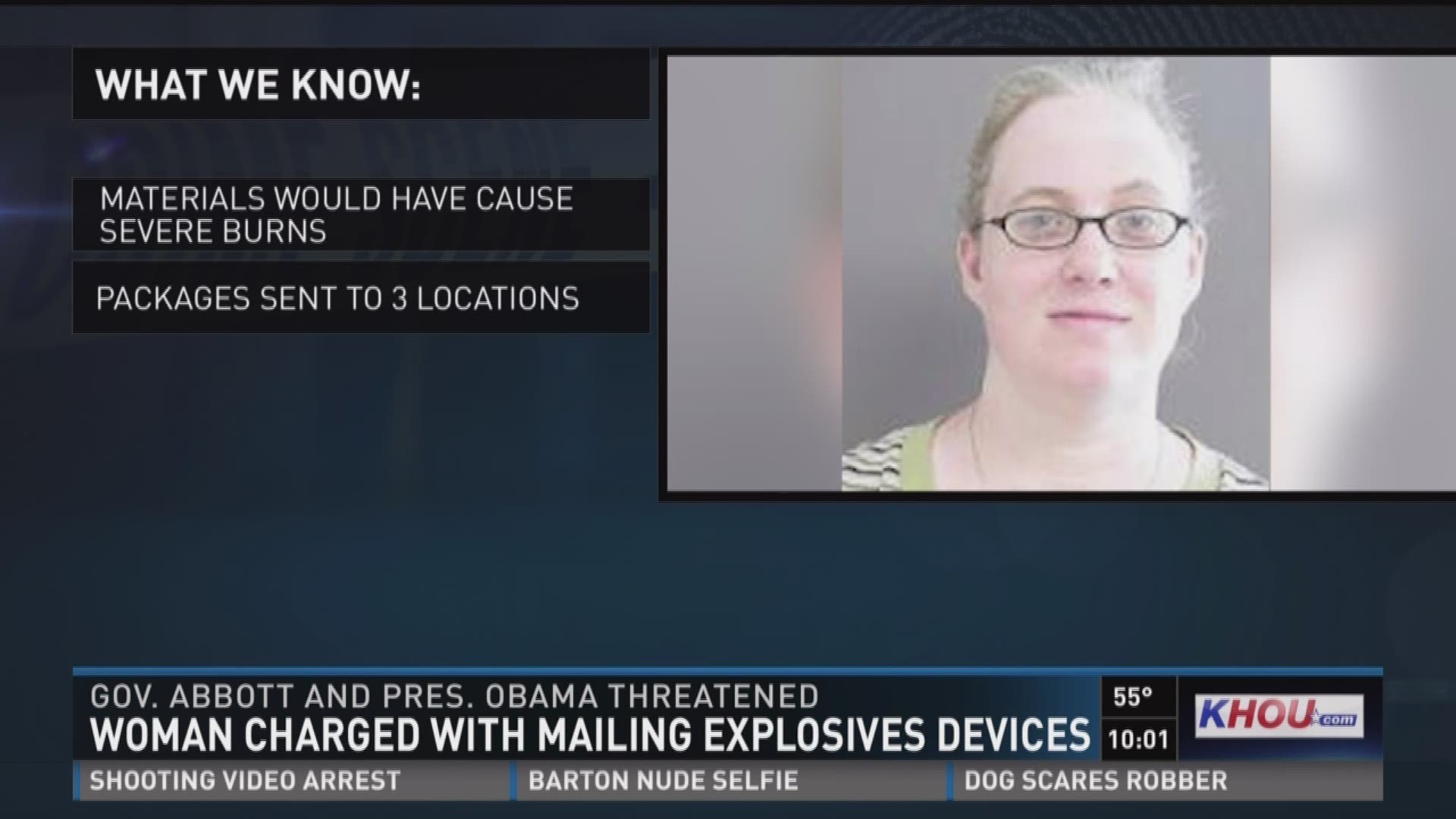 WALLER COUNTY, Texas- A woman in Sealy is accused of sending explosives to three government leaders in 2016.

Poff was allegedly upset with Gov. Abbott for not receiving support from her ex-husband.

Other court documents say Gov. Abbott opened the package, but it failed to explode because he didn't open it "right." If opened correctly, documents say "it could've caused severe burns and death."

Federal investigators say they were able to connect Poff to the packages using pieces of the shipping labels, and also matched cat hair found in the box mailed to President Obama with her cat.

Poff has been charged with Injurious Articles as Nonmailable and Transportation of Explosives with the Intent to Kill and Injure for the crimes against the government officials.

She has also been charged with Supplemental Nutrition Assistance Program Fraud and False Declaration in Bankruptcy.

United States of America vs. Julia Poff (Court Document) by KHOU on Scribd