The two men were arrested for convincing drivers something was wrong with their vehicles and then robbing them. 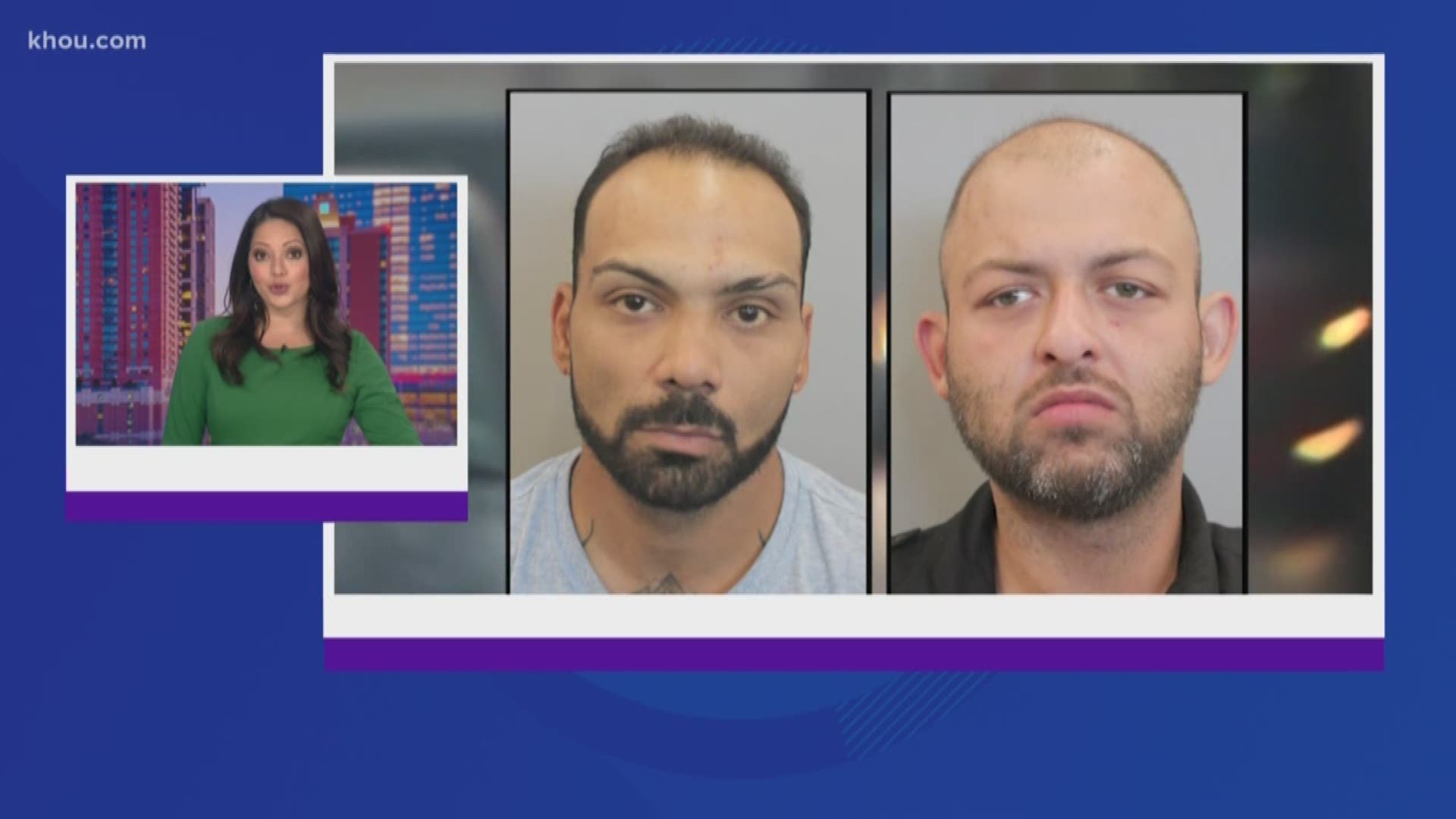 HARRIS COUNTY, Texas — Two men have been arrested for scamming other drivers in the Houston area, according to the Houston Police Department.

A 2-month investigation led to the arrests of Sam Yonko, 31, and Nick Stanley, 29. Yonko was also known as "Angel" and Stanley was also called "Michael."

Police say the two men targeted drivers on Westheimer Road from the 610 West Loop to State Highway 6, Richmond Avenue inside the 610 Loop and South Main Street near Braeswood Boulevard.

The suspects would allegedly follow drivers and honk or yell that the front wheel of their vehicle was loose.

If the driver pulled over and off the roadway, the suspects convinced them the wheel could be fixed with a vehicle part they happened to have with them.

The victims said the men were friendly and helpful but if they told them that they had no money or the price was too high, the men became forceful and threatening.

"They can pick you out from 200,300 meters away to see if you’re a good mark or if you’re going to cause them problems." said Thomas Ferguson with the Houston Police Department.

Yonko and Stanley were arrested on Tuesday without incident, HPD said.

HPD is investigating at least 13 incidents in the last two months. They say victims have been robbed from $180 to $960 each time.

Detectives say there may be other groups out on the roads using the same scam.

Investigators believe there are more victims and are asking anyone who may have had contact with Yonko or Stanley to contact the HPD Major Offenders Division at 713-308-3100 or Crime Stoppers at 713-222-TIPS.