Lacie Jeffrey was devastated after hearing that her father, William "Bill" Jeffrey, had been killed. 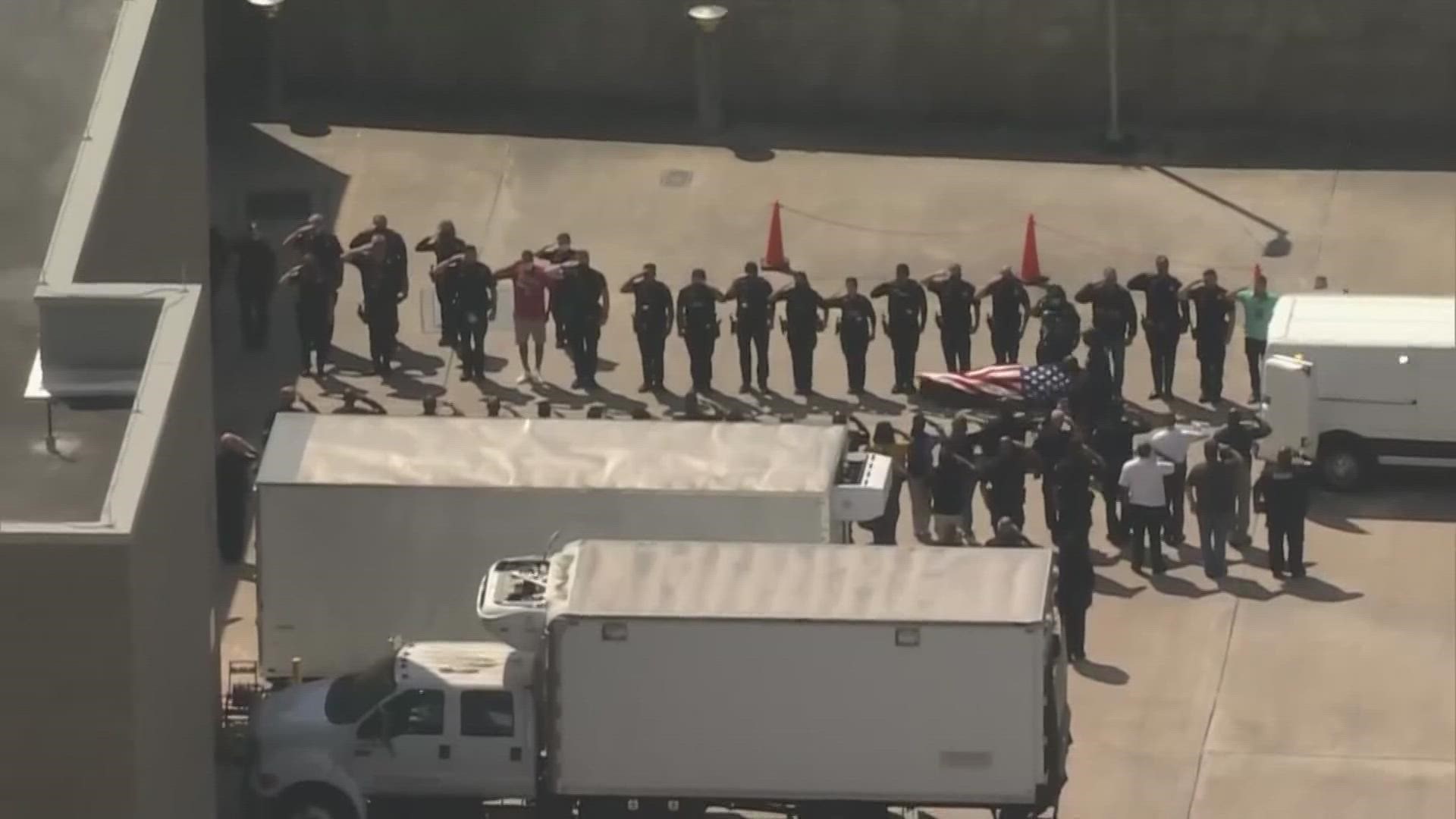 Senior Police Officer William "Bill" Jeffrey died of multiple gunshot wounds while Sgt. Michael Vance, 53, was reportedly in critical condition when taken to Memorial Hermann by Life Flight. After undergoing surgery, Houston Police Chief Troy Finner said the undercover officer, who has a wife and two children, is stable and expected to survive.

Lacie Jeffrey said she was heartbroken and devastated after she heard her father had been killed.

"My dad always thought he was Superman," Jeffrey said. "He wanted nothing more than to keep this city safe and that was his number one goal and today he died doing what he loved doing the most."

William Jeffrey was 54 and was a 30-year veteran. His wife, Suzanne, retired from the Houston Police Department last year. William Jeffrey's former partner said he was one of the most dedicated officers on the force.

"The guy was just non-stop. He was here early and would stay late and he just loved his job," Chris Helton said.

Helton said Bill Jeffrey wasn't only a great member of HPD, he was also a great friend.

"Bill was there when my first son was born," Helton said.

The pain is just beginning for the family. They want everyone to know that the man they called "Grandpa Bill" was an amazing man and will not soon be forgotten. They want justice.

"My daughter won’t get to remember her grandfather because a judge let a criminal back out," Lacie Jeffery said. "I am going to miss him for the rest of my of my life."