Who murdered Russell Allen? After 15 years, a key piece of evidence could solve a Houston murder case

Russell Allen was murdered in 2004, and police are hoping someone comes forward with information that will help them solve this cold case. 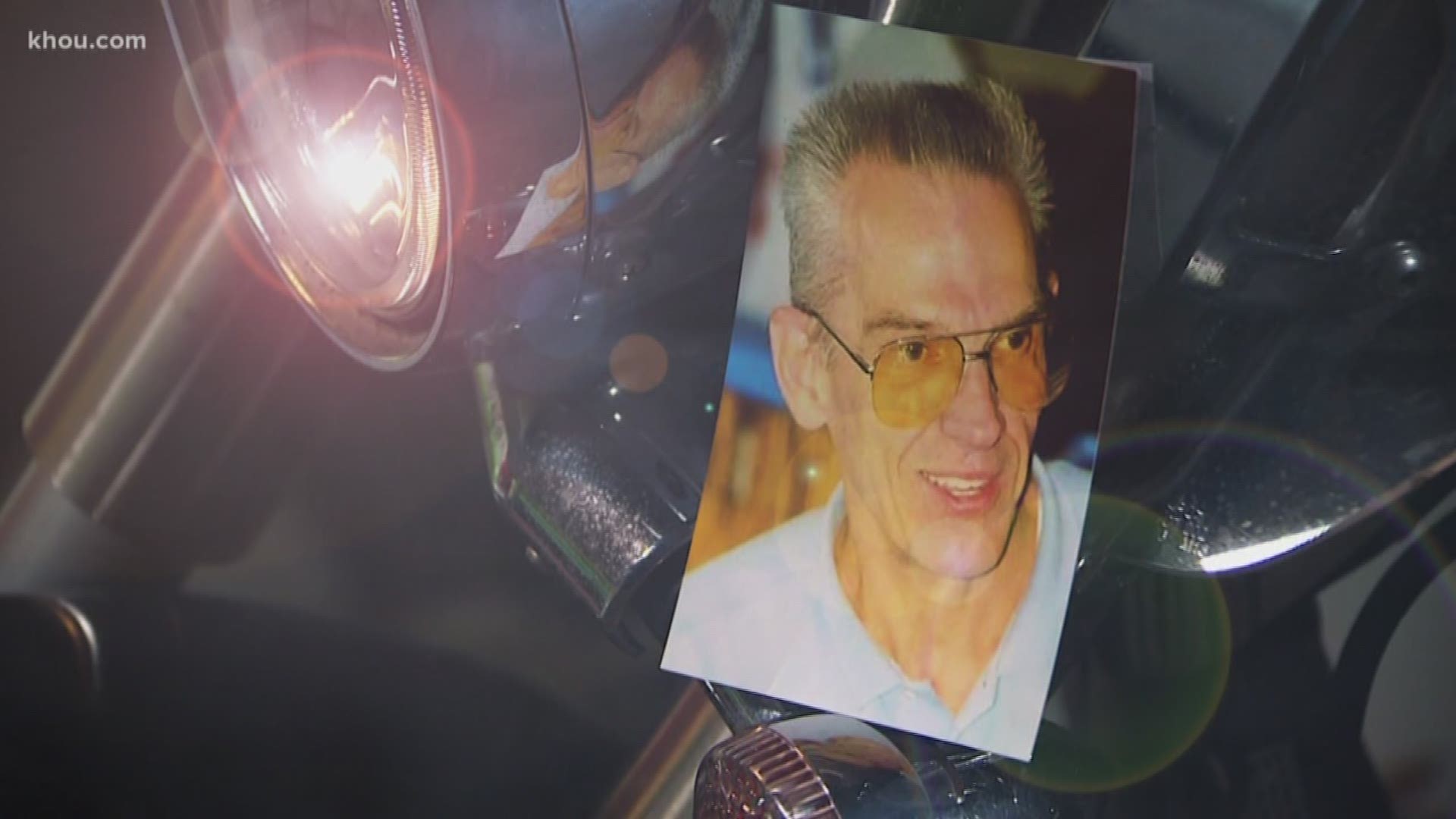 HOUSTON — Fifteen years after a beloved husband and father was murdered, Houston Police say a family heirloom could hold the key to solving the case.

Crime Stoppers of Houston confirmed the $55,000 reward still stands, and they’re hoping someone will come forward with information.

Russell Allen, 65, was a beloved husband and father who loved motorcycles. He owned two dealerships, Triumph of Houston and Russell Allen Cycles.

Credit: KHOU
Russell Allen was murdered in 2004 and police are hoping someone comes forward with information that will help them solve this cold case

“His love for motorcycles was so contagious. He really loved the motorcycles more than he loved running the business,” said Kim Voelkel, his daughter. “He loved talking about them, racing them and building them and anyone who rode a motorcycle he wanted to talk to.”

Allen even built his own bikes and had a race team in the 1970s.

“He rode a Triumph back in high school, we thought it was always like the Fonz,” Voelkel said. “He was a great dad.”

Voelkel said he had her riding by second grade.

“It was just who our family was. I mean, we had motorcycles in the living room," Voelkel said.

But everything her father built was destroyed on Jan. 17, 2004. He was shot to death at his insurance business, two doors down from his motorcycle dealership on the Southwest Freeway near Bering.

At the time, his wife begged for the public’s help.

“We need to catch this person, please come forward with some information,” said Dolores Allen.

Despite her pleas, the case went unsolved. Fifteen years later, we are getting to see evidence that’s never been released until now. Houston Police say you can see the suspect on a motorcycle arriving moments before the murder. 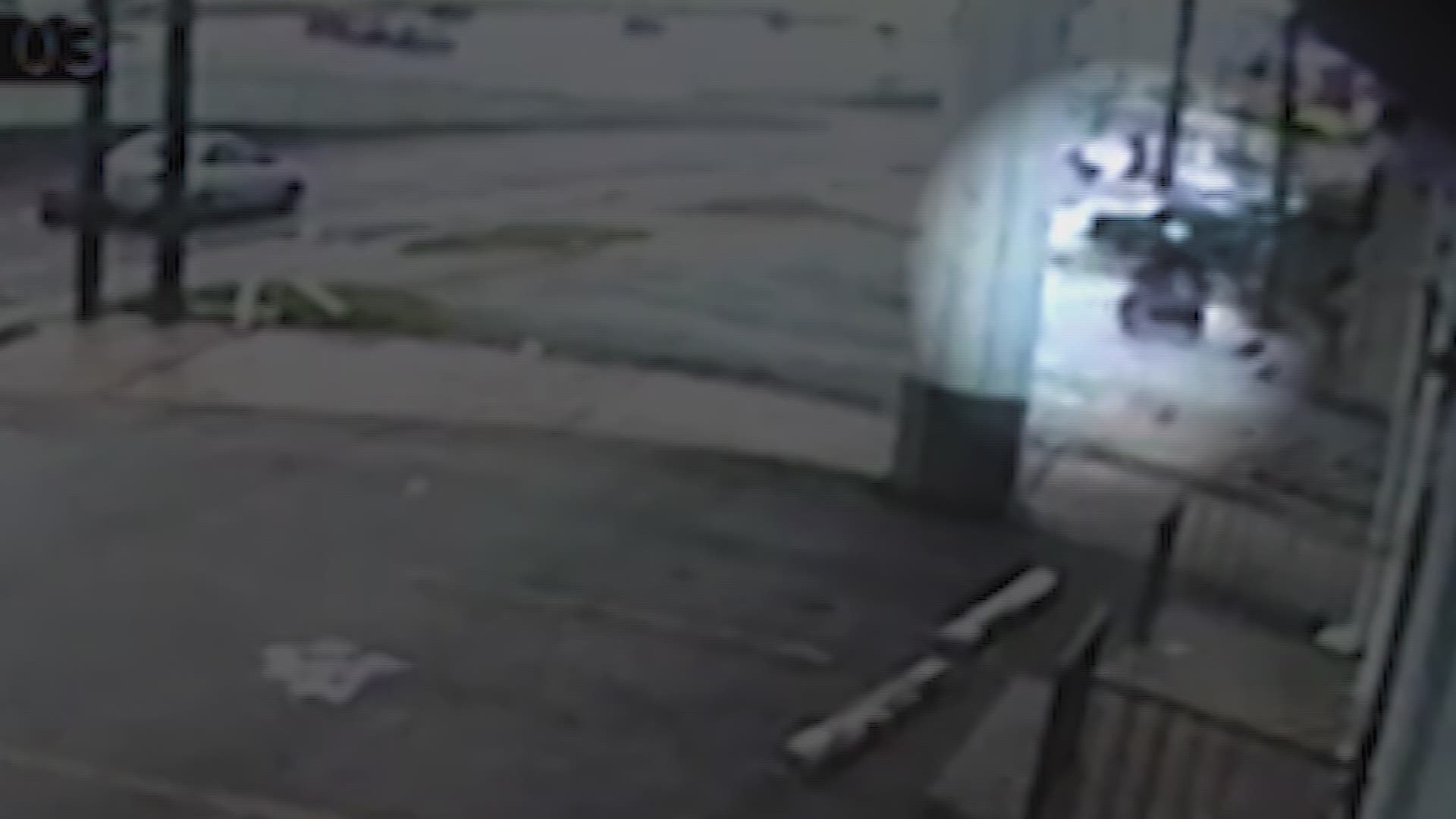 While we were watching Cold Case Detective Ramon Cervantes, he noticed another car leaving at the same time and thinks the driver could have been involved.

“The silver or light colored car, clearly at a minimum, cut that corner in the parking lot of the insurance agency,” he said. “The car is interesting.”

The killer got away quickly, but Detective Cervantes says there’s still a clue that could help catch him involving the type of bike he was riding.

“One of those ninja type motorcycles (Suzuki), it’s blue and white with specifically about this type of motorcycle were the white rims,” he said.

Two witnesses inside Allen’s insurance shop saw the suspect when he first peered in and helped police draw a sketch.

“I’ve taken note of robberies that the detectives compiled back then that the common factor was individuals were targeting people who wore or had on their person rolex watches,” Cervantes said.

Allen’s Rolex was stolen, but it wasn’t just a watch. It was a wedding present from his wife.

“Think it really spoke a lot to how their relationship was,” Voelkel said.

The watch is inscribed with a quote now on his grave.

“That was something they always said to each other, and it was on the back of his watch,” Voelkel said.

“If that Rolex is somewhere in somebody’s home as we speak or a pawn shop, that would help us tremendously,” Cervantes said.

Police hope someone out there can help them find out who the man on the motorcycle is and finally get answers for this daughter.

“I feel like I owe it to my dad to have justice done,” Voelkel said.

Harris County District Attorney Kim Ogg was Executive Director of Crime Stoppers in 2004, when Russell Allen was murdered. She released the following statement to KHOU 11 News:

“Russell Allen was a father, husband and small business owner.  His unsolved murder remains a senseless crime, with the perpetrator still at large and a danger to the public.  If you have information about Russell Allen’s senseless murder, call 911 or Houston Crime Stoppers at (713) 222-TIPS. There is a $55,000 reward, and all tips can remain anonymous.”