Criminal history: Who is Elmer Manzano, the man accused of shooting 2 HPD officers?

Manzano's criminal history dates back to 1994 and includes multiple violent crimes. He has been arrested in Houston, Harris County as well as in Dallas. 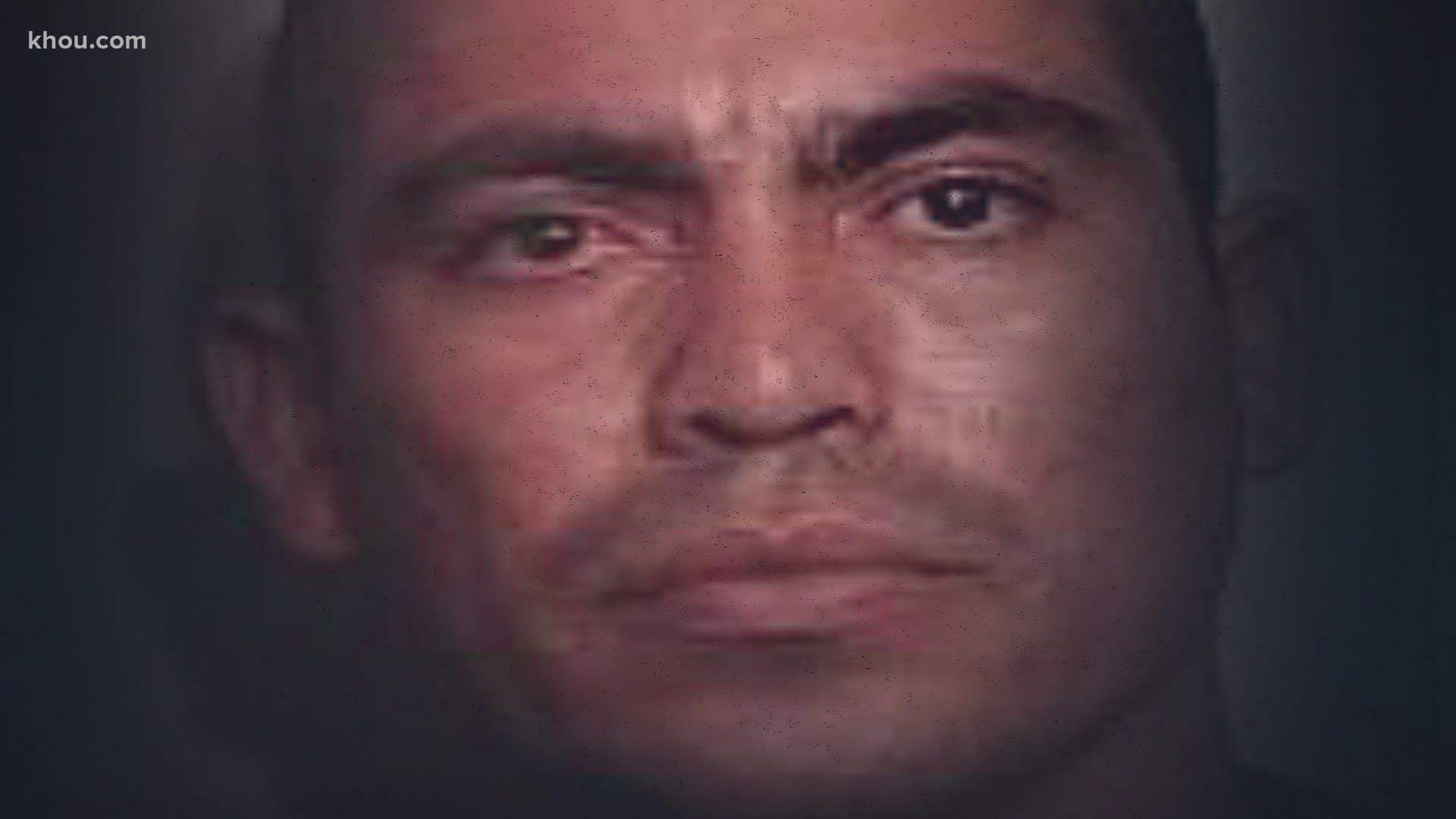 HOUSTON — Elmer Manzano is in custody after Houston Police Department investigators said he shot two officers on Tuesday morning. One of the officers died and the other is expected to survive.

Houston Police Chief Art Acevedo said Manzano had a lengthy, violent criminal history. As recently as this weekend, Houston police said Manzano's estranged wife made two family violence reports. In one of them filed Sunday, she told police her “ex-husband was walking around with a gun” and she was “in fear of her life” because “she didn’t know what her ex-husband will do to her.”

The responding officer didn't find a weapon but did find six bullets in his pocket, according to HPD. In the report, the officer wrote that no crime occurred, there were no threats and no assault. The Harris County District Attorney's Office declined charges. The officer who wrote the report was Courtney Waller, who police said was one of the officers shot by Manzano on Tuesday morning.

Acevedo said the incident started when HPD got a call about a domestic disturbance incident in the 2600 block of Holly Hall just before 8 a.m.

Sgt. Harold Preston, Waller and another officer responded to the scene. They talked with Manzano's wife in the parking lot for about an hour. She told them she wanted to get her things and move out. According to Acevedo, just before 9:30 a.m., Manzano's son opened the apartment door and told the officers that his father had a gun. Acevedo said Manzano then opened fire on the officers, hitting Preston and Waller.

During the incident, Manzano was shot in the abdomen, and his 14-year-old son was also shot. Police said Manzano surrendered just before 10:30 a.m. An elderly woman exited the apartment when he surrendered.

The boy is expected to be OK. There has been no update on Manzano's condition.

Acevedo said Preston, 65, was taken to an area hospital and was surrounded by family members when he died. He was a police officer for 41 years. Waller is expected to survive.

Manzano, according to Acevedo, has a lengthy criminal history and a history of domestic violence. We found two assault and one felony domestic violence cases in his past, along with a protective order. Here's an overview of what we found in court records across the state:

Chau Nguyen, with the Houston Area Women's Center, said domestic violence cases are often not just what happens in a single day, they are cases that build over time.

“This is a community-wide problem," she said. “We know that 40% of all police-related deaths are because of a domestic violence call, it’s the most dangerous response for police officers. Our message to survivors remains consistent, 'We believe you. You are not alone. This is not your fault. Help is available.'"

The CEO of the Women’s Center, Emilee Whitehurst, is on Houston Mayor Sylvester Turner's Task Force for Policing Reform. One of the recommendations was to build better partnerships with community-based organizations that help victims of domestic violence.

“When there’s a gun in the house, you are five times more likely, 500% more likely to die at the hands of a gun and in this case, the gun was turned on our own law enforcement officers," Nguyen said.