HPD: Man out on 7 felony bonds kills mother of his child, shoots baby she was holding

The gunman, who was wearing an ankle monitor, is not in custody. 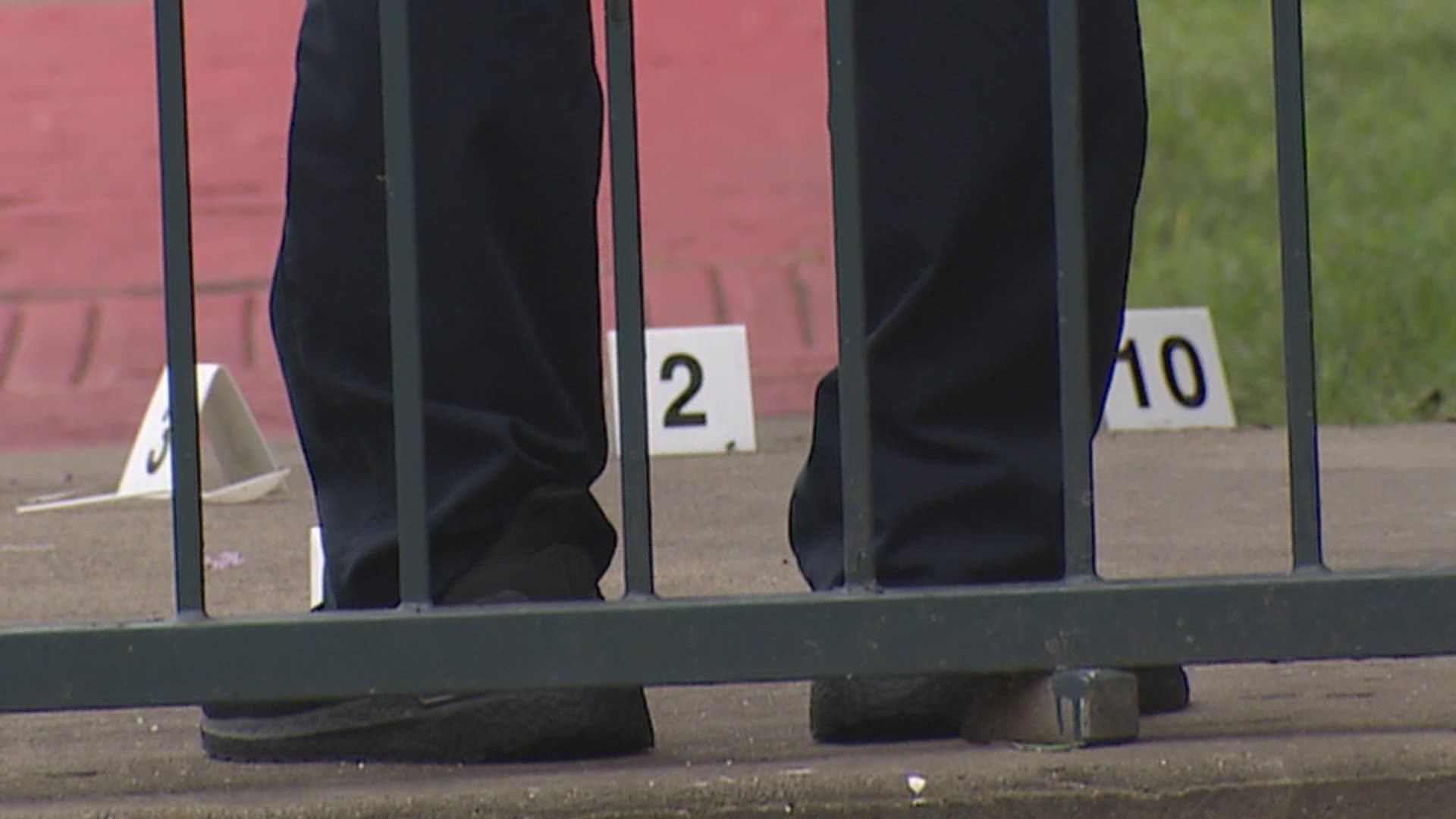 HOUSTON — A woman is dead and her 1-year-old child was injured after police said the child's father shot them during a domestic violence incident.

It happened at about 10:30 a.m. Thursday at an apartment complex in the 11200 block of Westpark Drive, which is in the Westchase area.

Houston police said witnesses reported hearing the woman and man arguing in a parking lot, and then seconds later, they said they heard gunshots.

The Houston Fire Department arrived at the scene and started doing CPR on the woman, who was shot at least four times. She was taken to a nearby hospital where she later died.

Police said they have learned that the woman was holding her 1-year-old son during the argument. The boy was shot in the ankle. The baby is currently stable at the hospital.

Houston Police Department Assistant Chief Patricia Cantu said the gunman was out on several felony bonds — seven to be exact.

He was wearing an ankle monitor at the time of the shooting and was able to get away. Police aren't sure if he still has the ankle monitor on.

Cantu said the shooting could have been prevented. She said HPD is going to continue to focus on is doing their jobs and letting the courts do theirs.