Police had been searching for the gun for nearly a week, even asking nearby residents to be on the lookout for the weapon. 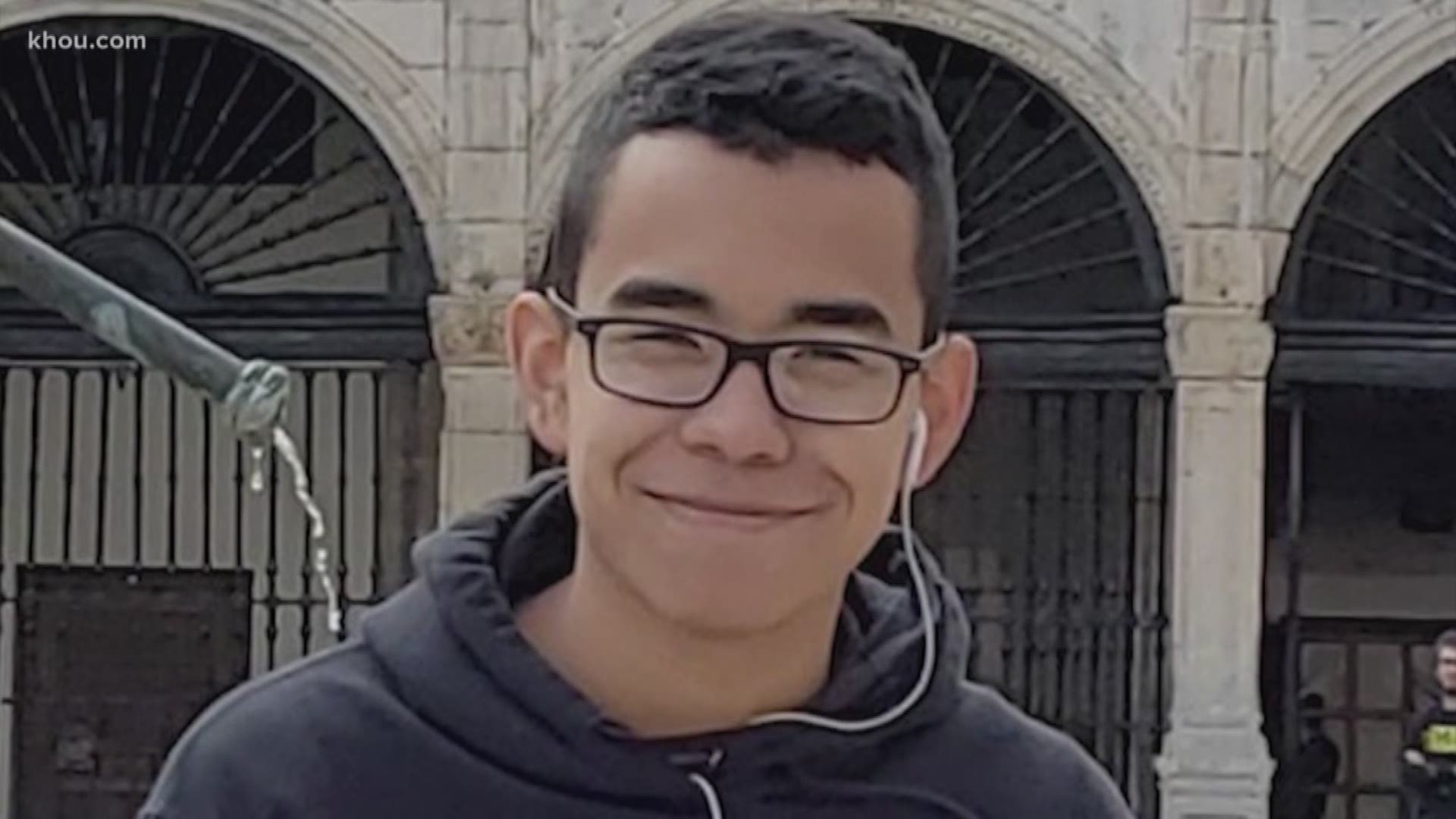 HOUSTON — The weapon believed to be used in the Bellaire High School shooting has been found, police announced Monday.

Police had been searching for the weapon since the deadly shooting, which occurred last Tuesday. At the time, Bellaire police asked residents around the school to be on the lookout for the weapon.

Search teams looked through grassy areas and in water-filled ditches around the campus but did not immediately find the weapon after the shooting.

Police on Wednesday did not indicate where investigators ended up finding the gun.

It's a major development in the investigation.

"Irrespective of the manslaughter case, there’s also a charge for possessing a handgun at school,” said Houston attorney and former prosecutor Nathaniel Pitoniak.

The 16-year-old accused in the death of 19-year-old Cesar Cortes remains in jail at this time. He faces a manslaughter charge.

Pitoniak said the discovery of the gun may lead to additional charges against the suspect.

"Recovering the weapon, in regards to the manslaughter charge, can be significant because they will be able to forensically link the fired casing with the gun,” Pitoniak said.

The Harris County District Attorney’s office said Cortes’s death was "not intentional, but it was reckless" as the suspect allegedly showed off the gun inside a JROTC storage room.

Pitoniak and KHOU 11 News legal analyst Gerald Treece said it’s possible the handgun’s owner could face charges if the suspect got it from someone who didn’t have it properly secured.

But that's speculation at this point.

The suspect was found next to a dumpster behind a store on Chimney Rock more than three hours after the shooting, but he no longer had the gun on him.

The district attorney's office said, at this time, the investigation indicates the suspect and victim were friends.

Police said the suspect was uncooperative following his arrest.

Over the weekend, Cesar Cortes’ loved ones and friends gathered to remember the 19-year-old Bellaire High School senior.

It was an emotional goodbye at West University Baptist Church for the JROTC cadet who wanted nothing more than to serve his country.

Many of those who entered the church knew Cesar closely. Others felt a need to be there for his family and friends who are going through unimaginable pain.

“Everyone at Bellaire feels close to each other," said Alan Alvarez, a senior at the high school. "I didn’t know Cesar, but a lot of other people did, and we just wanted to support them so they could feel better because it’s a tough time for them.”

Inside the church, people described an overwhelming sense of sadness.

Cesar’s JROTC family presented an American flag to his loved ones according to a service program.

After the service, Cesar’s fellow cadets and friends carried out his casket covered in handwritten messages.

His grieving family is still trying to process the death of their son.

"This is a family with a humble background, so their children is their pride and joy," he said.

Cesar’s death on campus has spurred a lot of different conversations like improving school safety.

Margie Laufe is a faculty member at the school. She said, “It’s heartbreaking that this has broken some trust in that connection but I think that we can rebuild it.”

However, they want to keep the focus on wrapping those most affected by this tragedy with love and support.

Amanda O’Leary works part-time at Bellaire High. She said, “Because nobody is alone in all of this. These shootings happen all the time and I can’t imagine anyone going through this who has no support.”

It’s a message of community support people who attended Cesar’s memorial hope resonates across the city.

The pistol believed to be the weapon used in last Tuesday’s shooting at Bellaire High School has been recovered and is in possession of the Bellaire Police Department. This message is being sent to let citizens and their families know they are not in danger of a loose firearm in the community from this incident.

We understand the desire for additional information, but the Bellaire Police Department will not release any more details as it could compromise the integrity of the investigation. Also, we are charged with safeguarding the rights of the suspect and will be vigilant of such.

As this is an ongoing investigation, Chief Holloway will make decisions as to what information will be released and when. Thank you for your understanding.