WATCH: Who is he? Police need help finding man who brutally beat and robbed 89-year-old

Police said the victim was finishing his afternoon walk when he was attacked in his driveway. 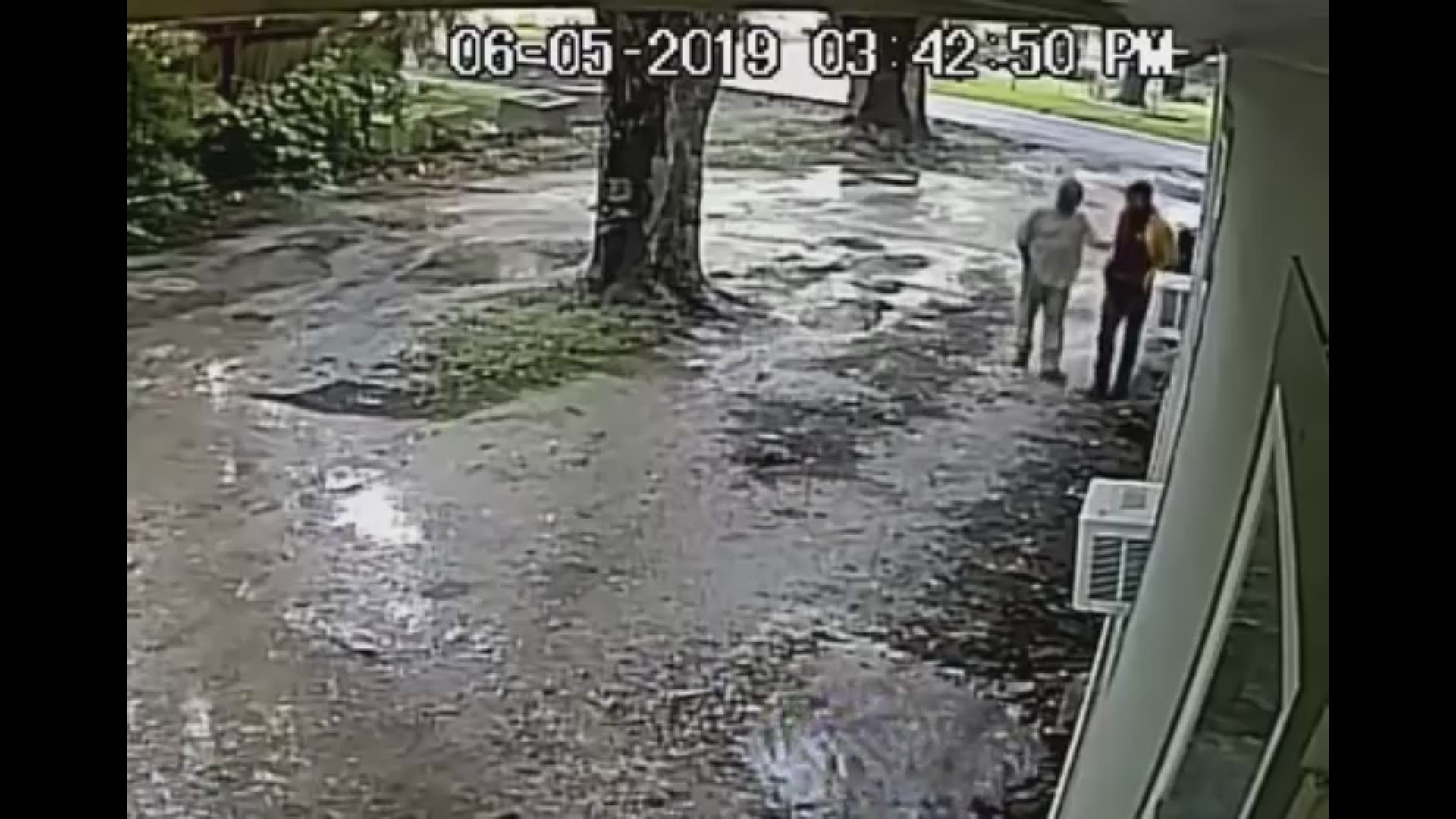 Warning, some readers may find the video disturbing.

Police released video of the crime on Monday morning, but the attack happened Wednesday, June 5 at 3:42 p.m.

Police said the victim was finishing his afternoon walk when he was attacked in his driveway in the 7300 block of Fauna Street, in southeast Houston.

The victim said an unknown man, who he had previously seen in the neighborhood, approached him. The man made small talk and led him to the side of his house.

The man then demanded his wallet, but the victim resisted. The suspect threw him to the ground and "brutally assaulted the victim by beating him with a closed fist and placing his knee on his face as he pushed it into the ground numerous time," police stated.

The elderly male passed out, and the suspect went through his pockets and stole his wallet.

Police described the suspect as a Hispanic male, 30 to 35 years old. He may hang around the area of Villa and Fauna Street, according to HPD.