Police released surveillance video of the July robbery on Tuesday in hopes someone will recognize them. 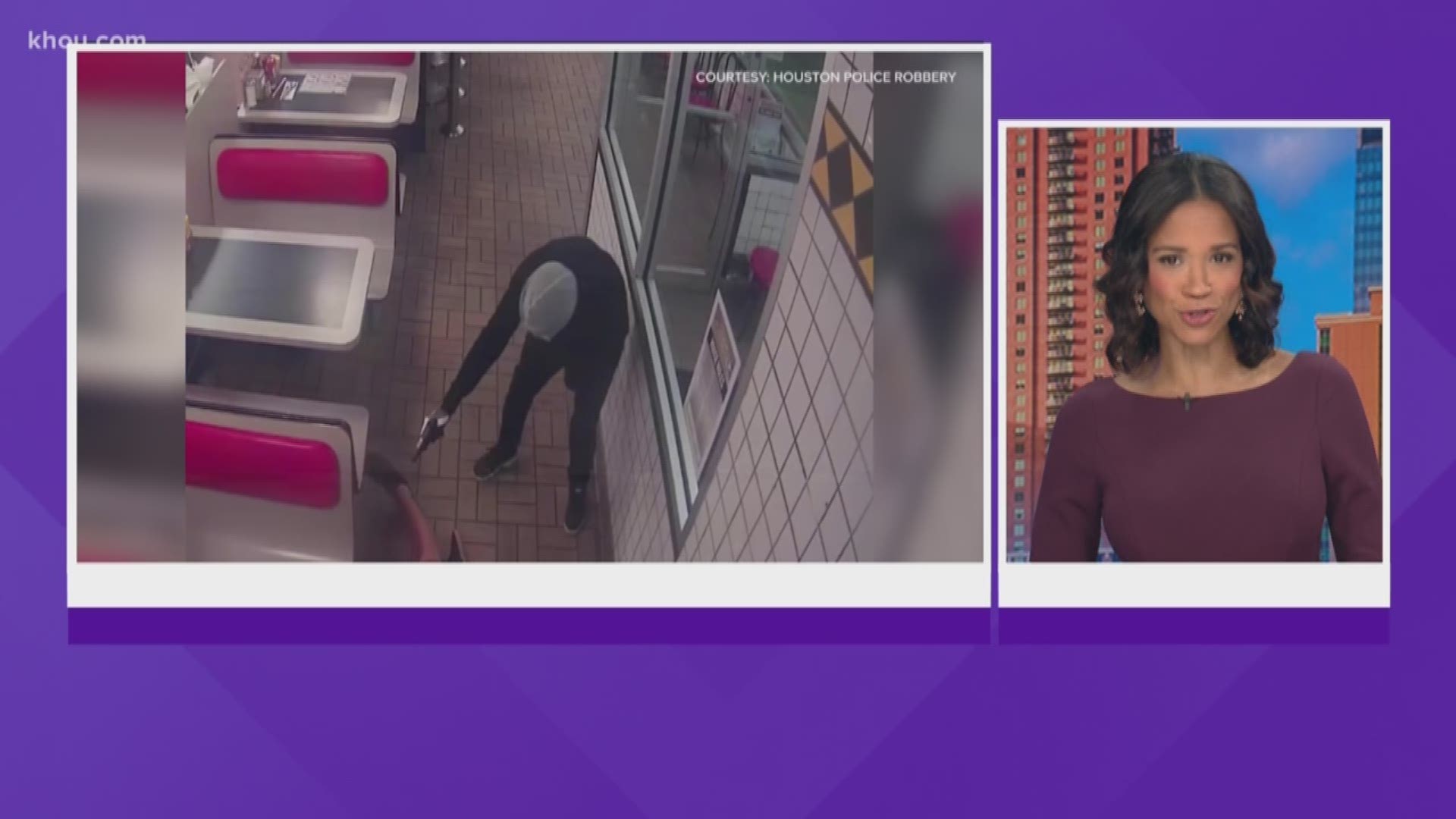 HOUSTON — Police are asking for the public’s help in identifying three armed suspects who they say robbed a Waffle House in west Houston in July.

Houston police have released surveillance video from the restaurant located in the 11200 block of Westheimer Road.

Investigators said the robbery took place just before midnight on July 23 when the three armed suspects entered the restaurant and forced everyone to lie on the ground. The suspects then began taking everyone’s belongings.

The suspects then forced the manager to open the cash register and removed the money, police said. Once the suspects had taken the property taken from the customers and the cash, they quickly ran from the scene in an unknown direction.